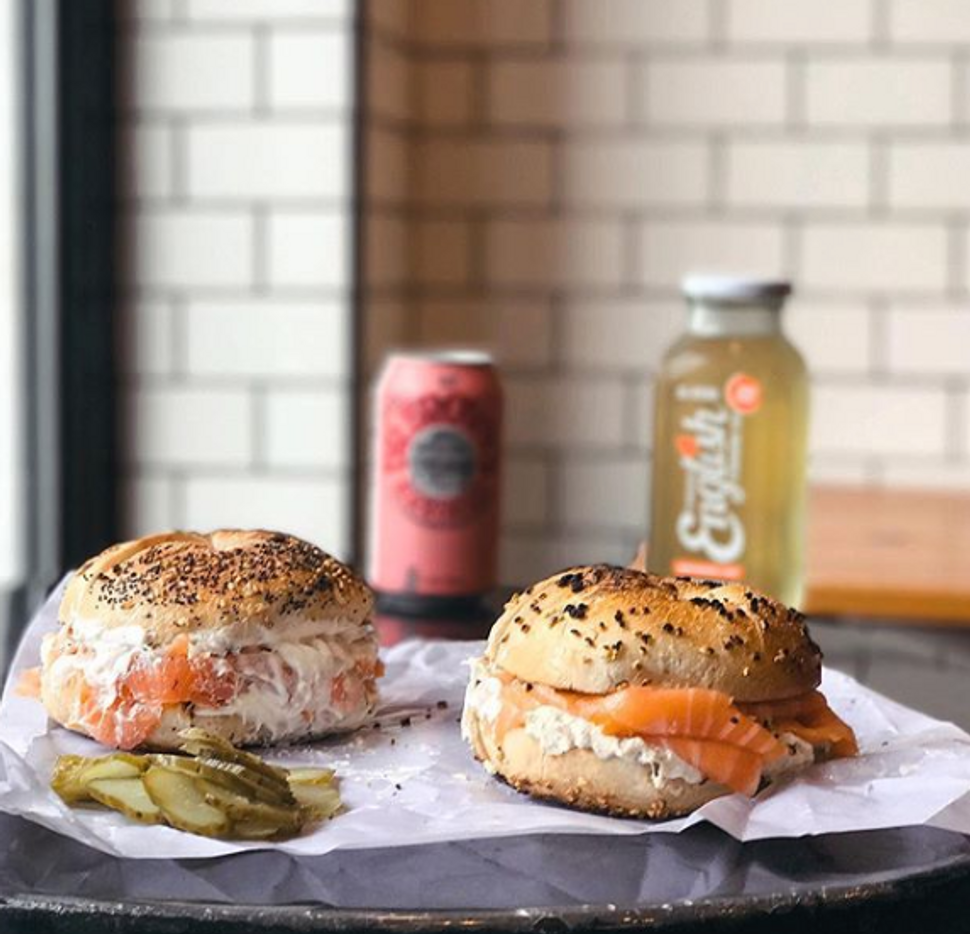 In the dark ages, otherwise known as 2017, visiting an appetizing store from Park Slope involved some finesse, some planning, and some knowledge of the precarious subway system. And what was an appetizing store? Just the spunky younger sister of the deli. As per Jewish law, milk and meat cannot be eaten together. This meant that folks who wanted a pastrami sandwich headed to a deli while folks who wanted a crisp bialy invented the appetizing store, which specialized in fish, dairy, bagels and often baked goods.

But Park Slope was a bagel desert, instead inundated with a swamp of kimchi shops – until now. Shelsky’s’s Park Slope location, the newest venture of Peter Shelsky and Lewis Spada, is there to fill that gap. From homemade bagels and bialys to knishes and pletzels (sort of a salty, flat disc), from 6 a.m. to 3 p.m., serving New York nostalgia is the name of Peter Shelsky’s game.

“It looks like a very clean, nice corner deli,” said Grub Street. Gothamist called them an “instant New York classic.” And of course, the New York Times called their bagels “crisper than the usual examples of the genre,” which is high praise from the Times.

And yes, they deliver.