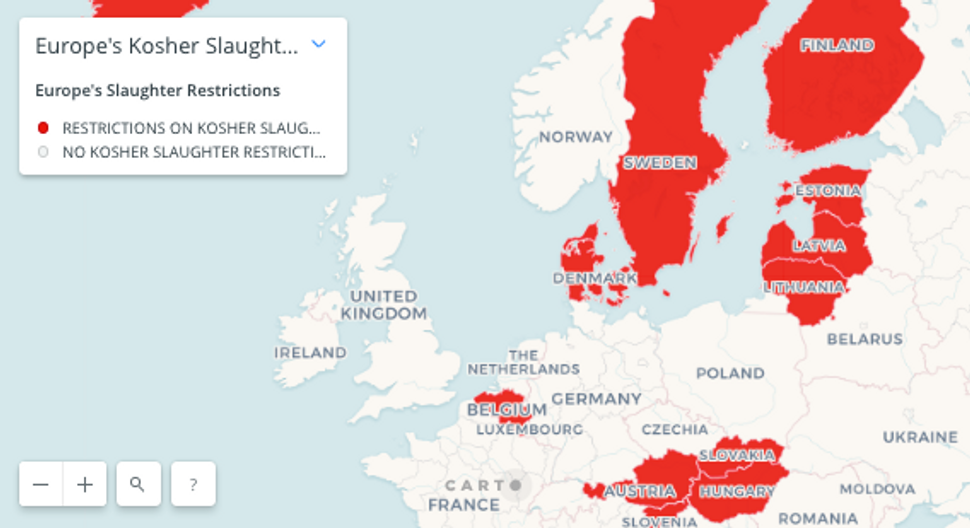 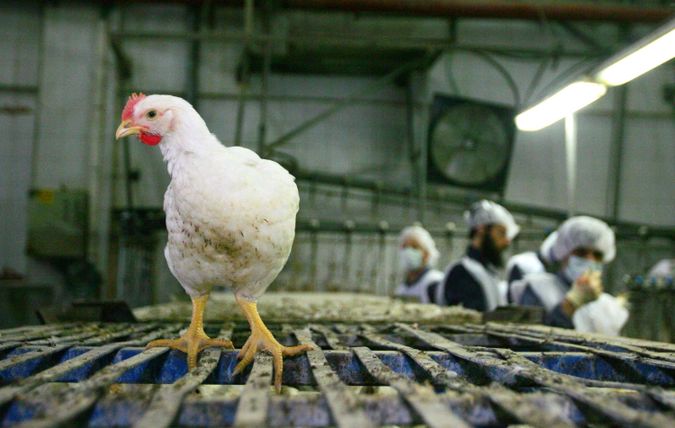 A chicken walks loose before it is caught and killed at a factory in Jerusalem where chickens are slaughtered according to Jewish dietary laws. Image by Getty

A ban on the Jewish and Muslim methods of ritual slaughter of animals in Belgium’s northern Flemish region went into effect on January 1. The region’s capital is Antwerp, home to approximately 20,000 Jews.

This is just another step in a larger trend across Europe — which we’ve mapped out below, with individual restrictions and Jewish population numbers:

Data from Jewish Data Bank and Library of Congress. Map by Shira Feder. 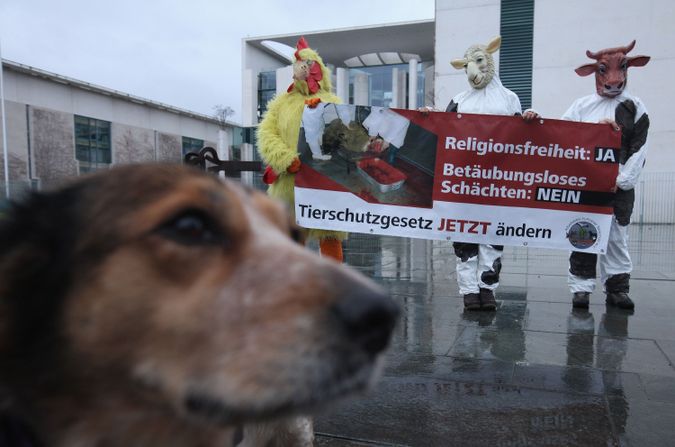 World history is fraught with bans on kosher slaughter, extensively documented in Isaac Lewin’s “Religious Freedom: The Right To Practice Shehitah.” Countries like Switzerland, Sweden, Poland and Norway have all banned kosher slaughter at some point in history. In Germany, kosher slaughter was banned three months after Adolf Hitler was elected, and was subsequently banned in all Nazi-occupied countries, like Italy and Hungary. The bans were removed after the war ended.