How To Decode A Kosher Label 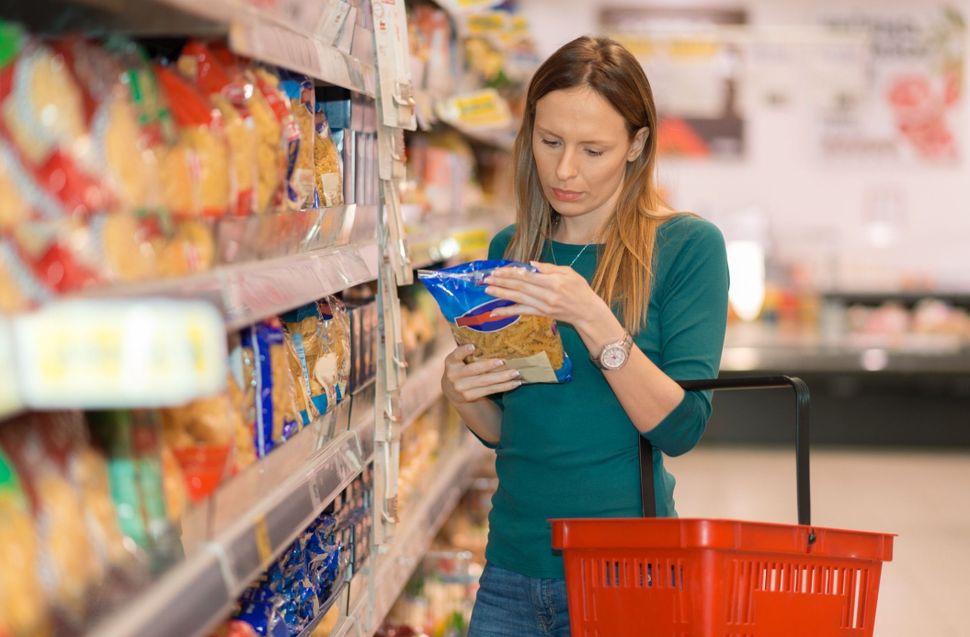 Woman in supermarket Image by iStock

Within the estimated 1,300 kosher certification agencies in the world, there’s an ongoing fight for the trust of the Jewish consumer. Who is the strictest? Who will be the most rigorous in examining kitchen utensils? Who has the perfect balance between knowledge of ancient traditions and knowledge of modern machinery?

Less than 2% of America’s population is Jewish, yet 41% of America’s packaged food is kosher. According to marketing firm Lubicom, there are 35 million non-Jewish consumers of kosher products. By 2025, the kosher food market is projected to grow 11.6%. And as kosher gets bigger and bigger, the world of kosher certification industry — and the public’s questions — grow with it.

So here are some of the most common kosher questions, answered.

What does it mean when a product is labeled kosher?

“For something to be kosher, it means it has verified ingredients and the equipment is is created on is kosher,” says food scientist and kosher expert Arlene Mathes Scharf, creator of Kashrut.com. On the website, which receives about 40,000 monthly visitors, is a database of kosher food agencies, the result of 20 years of work for Mathes Scharf. “The way I look at it is the rabbis realized there was residue in equipment a thousand years before the FDA,” she says. “It’s the original certification.”

“There is no legal definition per se of kosher. So anyone can say anything is kosher,” says Rabbi Menachem Genack, CEO of Orthodox Union kosher, the most famous kosher symbol in the world, which can give a grocery product access to a whole new market proof. “But the OU has its own expertise in determining what is kosher and what is not.” The OU’s website hosts a list of kosher specifications.

“People who care about the ingredients [buy kosher]. People who are careful about what they eat,” says Scharf. These days, kosher isn’t the only certification in town, with the newer USDA Organic, Salmon Safe or Animal Welfare certifications vying for space on the package. But the kosher certification has a longevity the others have not yet shown.

“Some companies use kosher as a shortcut to gain public trust,” says Mathes Scharf. “If you want to get shelf space nationally, you want that kosher symbol.” In 1923, Heinz picked up the OU symbol as a way of letting the public know its product was just tomatoes and spices. In 1911, Crisco targeted Jewish homemaker, picking up a kosher symbol to let people know there was no lard in it.

Genack points out that lots of different constituencies, like Seventh Day Adventists and Muslims, eat kosher. “And there are people who perceive kosher as being higher quality, or more healthful, and this isn’t necessarily more accurate.”

Why are there so many different kashrut certifiers?

In the U.S., there are the big four certifiers, OU, Kof-K, OK, and Star-K, but there are many, many more. The smaller entities could be individual rabbis or rabbinic organizations, entering into agreements with businesses to be paid for supervising food production. These payments can get expensive, as these certifiers, known as mashgiachs, serve as the gatekeepers to a whole sector of the consumer market.

“Because there’s no chief rabbinate different companies have risen up,” Mathes Scharf points out. “And some agencies cover different areas, like the OU is national, Kof-K might be Jersey…”

“Income,” says Genack. “The money is part of it. But different communities have their own certifications.”

Is there an industry standard for the prices kosher agencies charge?

“Obviously this is a global competition, so the marketplace can determine that,” says Rabbi Genack. “But there’s not a standard everyone has to obey.”

This means some restaurants, like now the defunct Big Bang Burger, can be paying upwards of $60,000 a year in mashgiach fees. The price of mashgiachs has sparked a revolution in Israel, where restaurants are now permitted to call themselves kosher without official certification. This change has emerged from complaints that the rabbinate’s monopoly on kosher supervision has led to overpricing and corruption, and Americans may not be far from coming to a similar conclusion.

Who protects the kosher symbols?

“The OU is a trademarked symbol, and if someone misuses it, we’ll take legal action,” says Genack. Those abuses are called unauthorized OU’s, and there is a lawyer on staff to address those issues. (Genack declined to state how often these situations occur.)

There are over 300 kosher symbols registered with the United States Patent Office. These symbols are trademarked so no one can use them without permission, and legal action can be taken in cases of mislabeling, as happened with this forged kosher symbol and in the case of these mislabeled milk cartons.

What are the differences between American and European kosher agencies?

American kosher agencies fought for the American consumer and won. “American consumers got used to seeing the kosher symbol as something positive and those of us who keep kosher are very thankful for that,” says Mathes Scharf.

While believing that kosher symbols are evidence of a Jewish scam is a common enough anti-Semitic trope, meant to signify that the food manufacturers paid a ‘secret tax’ to the Jews, most Americans see the kosher industry as a good thing.

How To Decode A Kosher Label