Finally, D.C. Is Getting Another Kosher Eatery, With Einat Admony’s ‘Taim’ 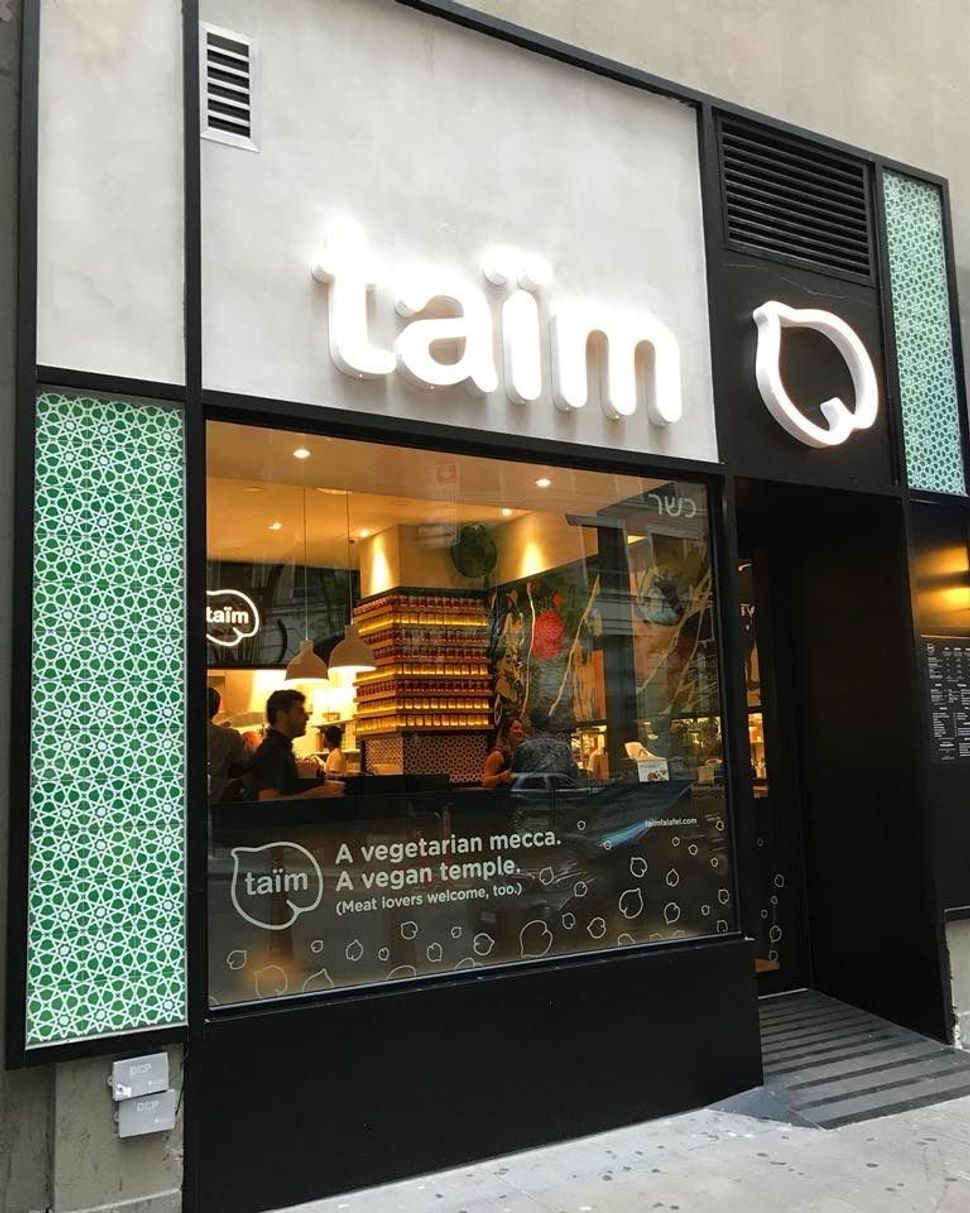 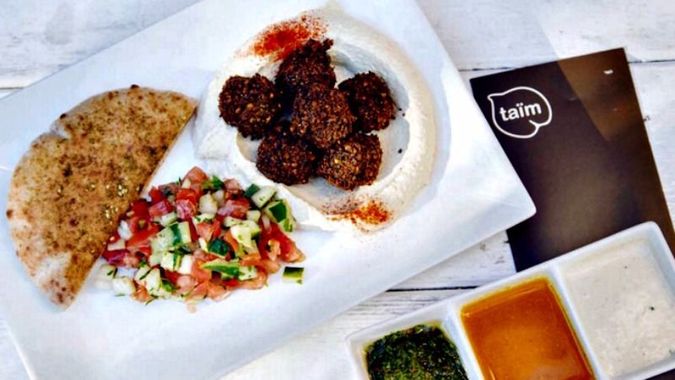 No, she’s not running for office, though the popular Balaboosta chef/author would probably outpoll some of the current Democratic hopefuls.

Admony and Stefan Nafziger, her husband and business partner, are bringing Middle-Eastern chainlet Taim to our nation’s capital. It’s the first location for the kosher/vegetarian quick-service brand outside Manhattan, and Admony’s debut beyond the Big Apple as a chef/owner.

“We really wanted to try Taim in a different market,” Admony told the Forward. “We’ve got five locations in New York City, but it’s tough here. Rent’s insane. Washington’s a little easier. It’s not too far. My husband’s family is from there. And the diversity makes it perfect —there are lots of diplomats and people from other places.”

And while Middle-Eastern food’s become one of 2019’s headline food trends, the DC market hasn’t been saturated, Admony said. “We checked out the DC market. There’s some Middle Eastern, but not a lot. There’s place to grow.”

The fact that Washington is famously short on good kosher options also played into Admony’s choice of location. “Absolutely, that as part of it,” she said. “We’re already talking to a lot of organizations like JCCs about catering.”

Taim’s DC menu will replicate the brand’s New York offerings, though Admony’s planning tweaks across the board this summer. “We’re always going to stay vegetarian. But we’re launching a few new salads, like a Beluga lentil salad with roasted zucchini, yellow zucchini, cumin, and tzatziki that’s more to Balkan side,” she said. Taim will also roll out kebabs with plant-based “meat” from the California-based Impossible Foods. “People always ask why we don’t have kebabs. It’s not what Taim’s known for,” she said. “This is finally a great recipe that tastes exactly like any kebab place in Israel.” A cauliflower shawarma that made its debut last year “has been one of our biggest sellers,” Admony said.

Taim’s DC location is slated to open in August in the city’s Georgetown neighborhood. Broken Fingaz, the Haifa-based collective that painted riotously colorful murals in other Taim stores, will embellish the new one. In the meantime, Admony and Nafziger have their eye on Boston and Philadelphia for more expansion.

And Admony – who must never sleep – will also publish a new book in September; Shuk: From Market to Table, the Heart of Israeli Home Cooking, written with Forward contributor Janna Gur, will let “home cooks everywhere can now inhale the fragrances and taste the flavors of the vivacious culinary mash-up that is today’s Israel.” If anyone can share it, Admony can.

Finally, D.C. Is Getting Another Kosher Eatery, With Einat Admony’s ‘Taim’