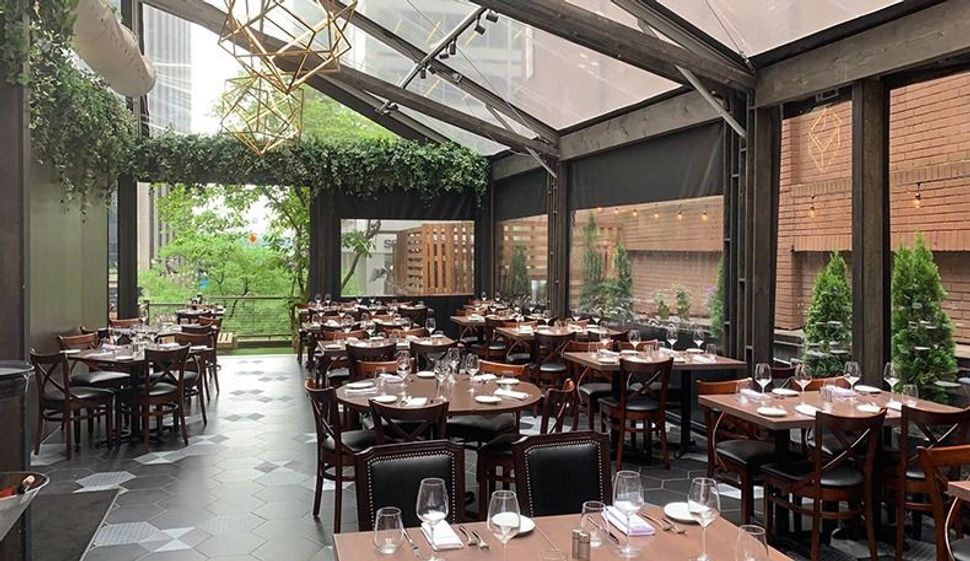 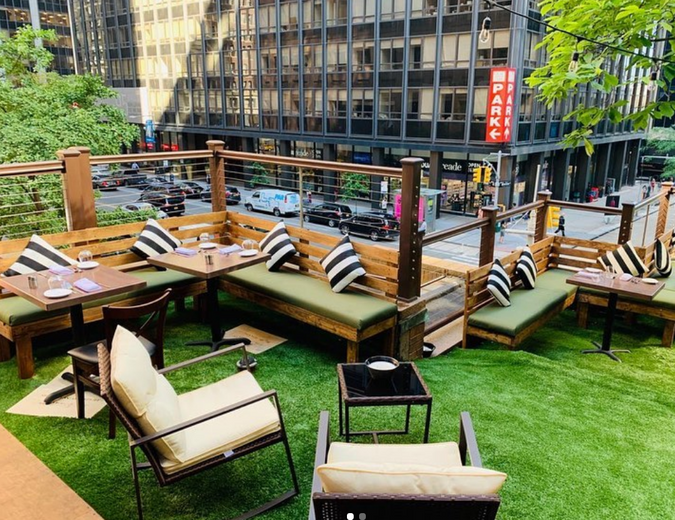 I’ve been living in New York City for ten years now, and on countless occasions, I’ve walked by chic little restaurants with diners seated outside, and wondered out loud — Wouldn’t it be lovely to have a kosher Manhattan restaurant with outdoor seating? With our large population, our resources, and our ingenuity, why can’t we New York Jews figure out a way to enjoy a glass of kosher cabernet with an evening breeze?

Just a few blocks from the offices of the Forward on Pearl Street, a new kosher restaurant has opened its doors, and it promises to do just that. You might walk by without even noticing the humble black awning of the Wall Street Grill.

An industrial-chic bar, dimly lit, welcomes diners in the restaurant’s lobby. Upstairs, the hostess leads you into the atrium dining area, enclosed in glass. Past a second bar, you’ll find yourself in a grassy rooftop garden overlooking Water Street, tree branches fluttering over tables as a street musician playing below. This really, really does not feel like New York kosher dining. 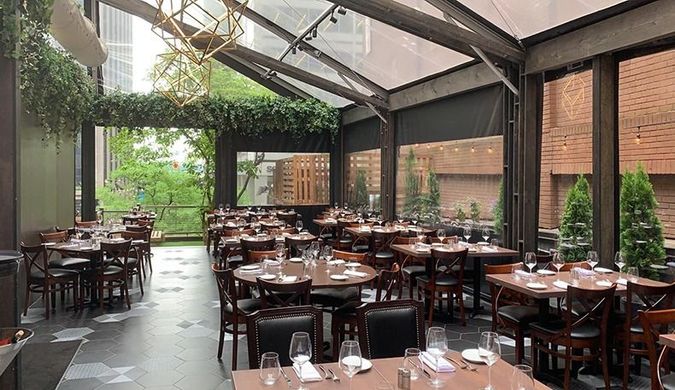 The restaurant was founded by a unique trifecta — Steve Traube (an Ashkenazi Jewish restauranteur from Brooklyn), Ines Kincaid (a German Christian restaurant house manager) and Tarik Ghadouani (a Moroccan Muslim maître d’). The three met while working for the now-closed Prime Grill, and have returned to the kosher restaurant scene with a long-awaited comeback.

We went on to sample salmon katsu and the fire dragon sushi — kosher diners that we are, we were unable to start a meal without consuming a combination of raw fish and rice ($22 per roll). For appetizers, we chose crispy Thai beef ($24), which was flavorful though too true to its promise of crispness. For mains, the handmade potato and herb gnocchi ($36) — accompanied by braised leg of veal, wild mushrooms and asparagus — was perfectly herbed and fluffy, not too heavy even on a summer night.

Dessert was a brownie ($15), unlike any crumbling, shrink-wrapped affair — it appeared with a supporting cast of a torched marshmallow, hazelnut brittle, a scoop of chocolate ice cream, on top of a drizzle of cherry emulsion. 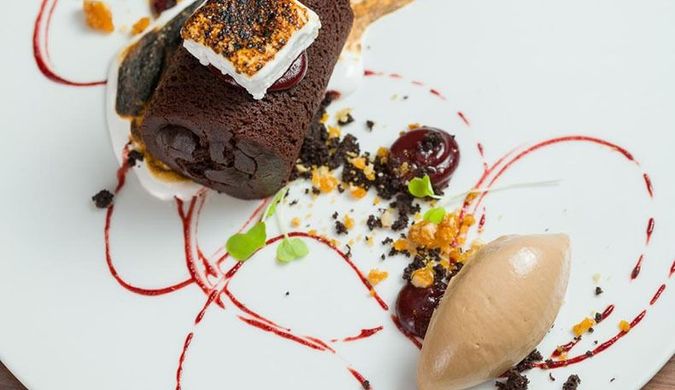 “We wanted to create a comfortable upscale restaurant where our friends can spend time in a beautiful setting, enjoying a very different style of kosher fare,” said restaurant co-owner Traube. “We also are looking to give the best, best product for a more reasonable cost than some other places.” Indeed, the prices are relatively competitive, in the context of upscale kosher Manhattan restaurants.

Traube shared that the restaurant is in talks with the next door Andaz Hotel Wall Street to arrange Shabbat packages for groups celebrating bar mitzvahs and sheva brachot, in which meals would be held in the restaurant and a hotel conference room would be provided for prayer services.

But to my mind, it’s the breezy rooftop atrium and garden that is the Wall Street Grill’s greatest offering. Here, one finds a kosher dining option that doesn’t evoke the stress of a bagel shop — or the boredom of yet another heimishe, chandelier-choked white-tablecloth restaurant, where the focus (thanks to tables layout and lighting choices) is often more on “who’s dining here” than “what we’re dining on”.

So pull up a chair in this urban oasis and order a drink in the delicious quiet far above the busy Manhattan streets. In New York’s kosher community — where privacy is a highly-priced commodity — this is no small thing.