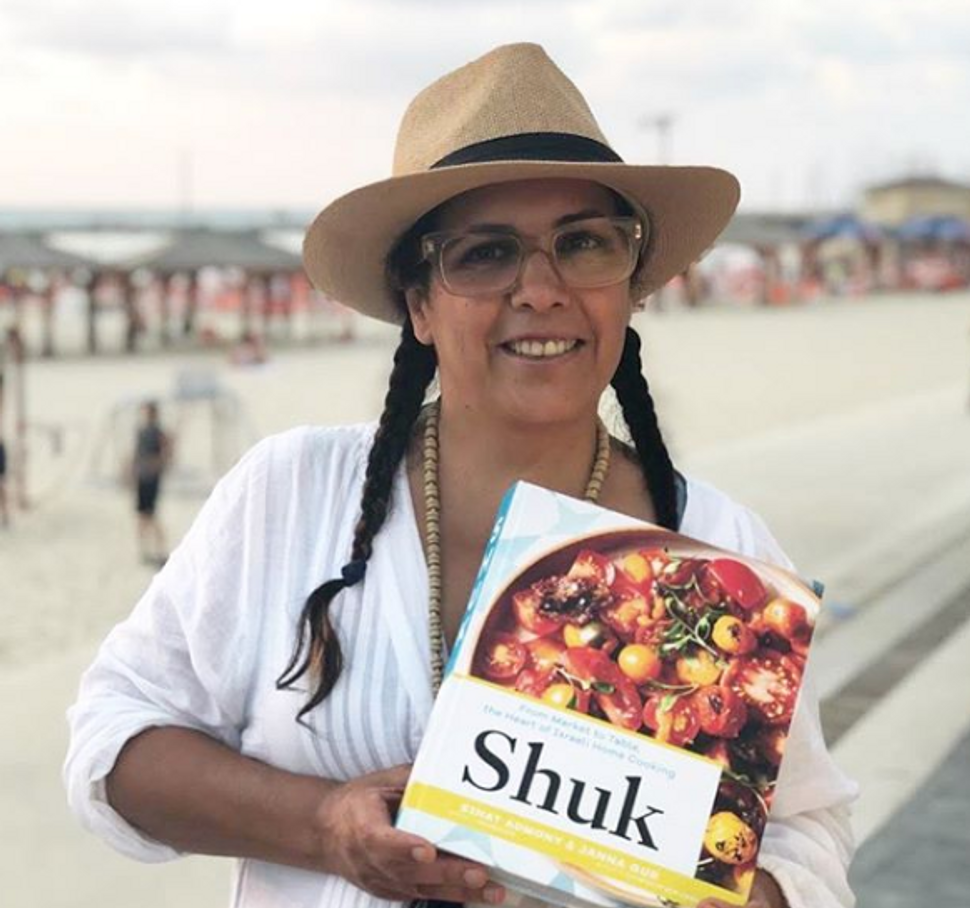 Einat Admony with ‘Shuk’, her cookbook, via Jews of NY Image by Omri Takoa VIA Davis Media.

It was a celebration wholly representative of Chef Einat Admony’s new cookbook “Shuk.”

Crammed into her intimate West Village restaurant Balaboosta, a hodgepodge of chefs, writers, influencers, and family gathered on Monday night in what felt like a loud family affair. The crowd could have easily been partying at a stall hidden deep in Jerusalem’s Shuk Mahane Yehuda or Tel Aviv’s Carmel Market instead of at a restaurant on a quiet street corner in Manhattan.

“Shuk,” which in Hebrew and Arabic means market, is a very personal cookbook for Admony. Among the nearly 150 recipes are several from her family, each representing her diverse Persian, Yemenite and Israeli heritage. 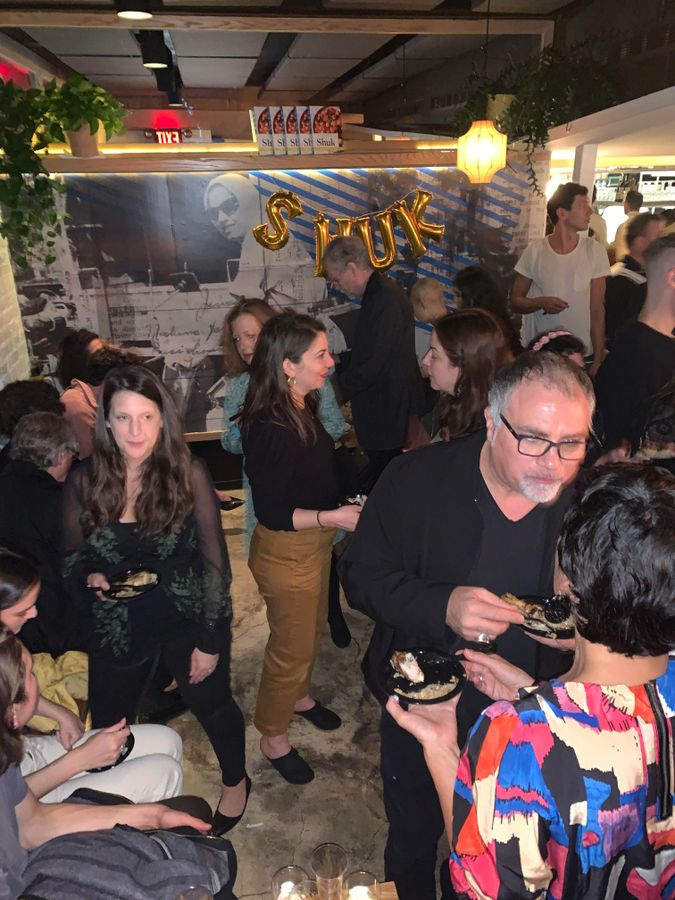 The scene at Balaboosta Image by Yoav Davis of Davis Media

“Even though this book almost took 4 years, this feels like it took my entire life,” Adomny said to the crowd. “The reason is that this is the book of my mom’s and my aunt Doda Chana and my ancestors, and this is in my blood.”

Born in Israel, Admony grew up outside of Tel Aviv and traveled the world before settling in New York City 15 years ago, but the concept of the shuk never left her.

“I grew up going with my dad to the shuk,” Admony said. “I think this is the essence of Israeli cuisine.”

In 2005 Admony opened her first restaurant, Taim, with her husband and business partner Stefan Nafziger. Taim has since expanded to four other locations. Balaboosta first opened in 2010 and reopened at its new location last year.

“This is kind of the cooking I’ve kind of introduced to New Yorkers over the last 15 years,” she said before being interrupted by applause.

New Yorkers are applauding Israeli food — because their appetite for the flavors of the region is only growing.

“Chef Einat paved the way for many of us,” said Chef Balbul who attended the “Shuk” release party and was one of the collaborating chefs at the kosher Michelin Brooklyn popup at Alenbi last month. “The Israeli food is so popular because it’s a young and modern cuisine that is constantly evolving and includes flavors from so many cultures and countries.”

The highlight of the night was the maqluba, which was paraded from the kitchen through the dining room by Balaboosta staff (drag queens included) in a massive pot to the cheers of everyone in attendance. Chef Admony then ceremoniously dumped the pot on a platter scattering its steaming contents.

“It’s an Arabic-Palestinian dish of chicken, rice, layered over caramelized onion. I have roasted tomato, I have cauliflower and fried eggplant,” Admony said to me, gesturing to all the ingredients as she was listing them.

Almost porridge-like in texture, her maqluba was both sweet and savory at the same time. Served with tzatziki and tahini, it was quickly devoured by everyone. Readers of “Shuk” will not miss out however; the cookbook has not only one but two different recipes for the iconic dish.

“Maqluba is a famous Levantine dish especially popular in Palestinian cuisine,” Admony later explained. “I made it with my Palestinian friend, Razan Sadeq-Keyes. My mom is Persian, and I used her famous Persian rice technique here, but gave it a twist.”

“Giving it a twist” may be the perfect way to explain “Shuk.”

For those who’ve been to Israel, the dishes may look familiar — but in Chef Admony’s hands, they take on a unique flavor, one that only she can bring to the table.

Watch the full experience of the ‘Shuk’ release party here.