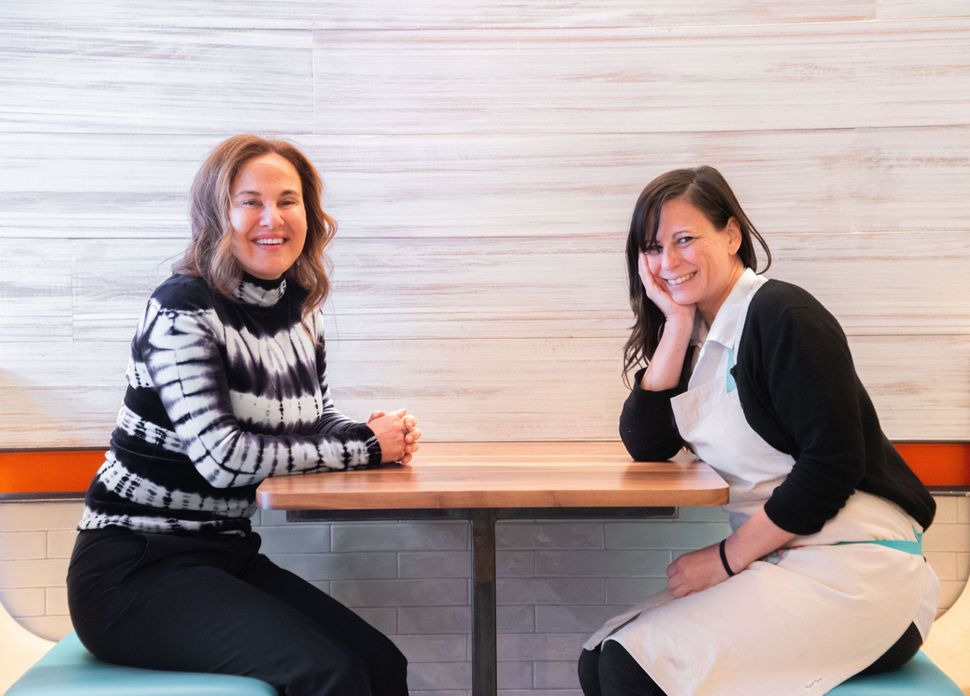 One’s a philanthropist on a mission. The other’s a veggie-loving star chef.

Now, these Jewish women are teaming to open a burger chain whose “plant-powered” menu is designed to outdo animal products.

Lekka Burger, which opened its doors in Tribeca last week, is the brainchild of Andrea Kerzner, the South African-born activist and daughter of legendary hotelier Sol Kerzner. Her business partner is Amanda Cohen, the James Beard Award-nominated chef and owner of veggie temple Dirt Candy. The restaurant’s name means “delicious” in Afrikaans slang, according to a press release.

Kerzner, a longtime vegetarian who went vegan five years ago, told the Forward she launched Lekka to help the planet as well as promote more healthful eating. “I remember reading a UN report that the cattle and dairy industries have the highest carbon footprints. They’re just bad for the environment,” she said. “Coming from a non-profit background, I thought, ‘Let’s make an all-natural burger to go into competition with beef.” After researching chefs, Kerzner floated the idea by Cohen, who jumped on it.

“Why wouldn’t I try this?” Cohen told the Forward. “It’s the right time. People are excited about this kind of food, and want to explore all kinds of eating.” Cohen’s secret weapon at Lekka is a 900-year-old Chinese recipe for yuguanfei, a “meat” product made from 14 “simple” ingredients including fried dough, red yeast rice, and “things you can find in your pantry” like salt, cannellini beans, and portobello mushrooms. Buns, based on a Japanese milk-bread recipe, are baked in-house. 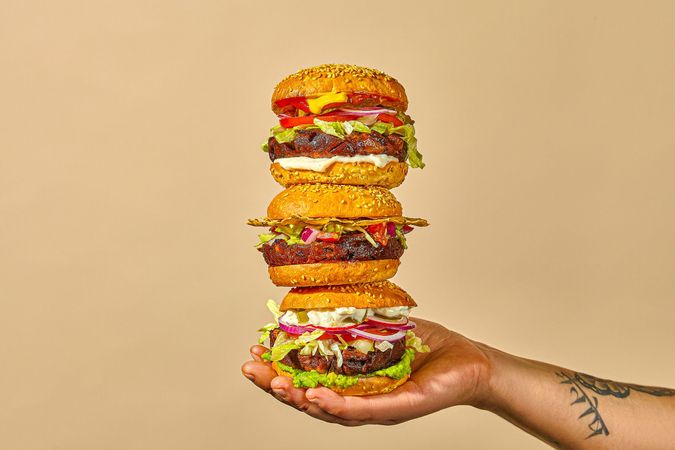 “I was fortunate enough to work with a Chinese scholar a few years ago, and I kept the ‘meat’ recipe in my back pocket,” Cohen said. “What’s most fascinating is that nothing is new. Everything is old. People consider it innovative – ‘We’re changing the world!’ – but all of this has been done.” Cohen herself helped change perceptions of veg-based cooking with Dirt Candy, which still packs in diners with decadent non-meat dishes like spinach mille-feuille and kale matzo-ball soup.

Lekka’s burger represents a giant step for non-meat menus, Kerzner insisted. “We did an analysis of all the plant-based burgers, and ours are superior on so many levels,” she said. “On the day we opened, I asked a customer if he liked the burger. He said he loved it, and he was shocked to find out it was plant-based. He just wanted to enjoy a delicious burger.”

The restaurant’s sense of mission extends to its wine list — many of the vegan and biodynamic varietals are produced by women-run wineries — and its garbage, of which there is none. “There is zero trash coming out of the kitchen,” Kerzner said. “Everything is biodegradable. Our light fixtures are recycled. It’s not a zero carbon footprint, but we’re trying.”

While Lekka is Kerzner’s first restaurant, she’s not new to the business. Her father, Sol, grew up poor as the son of Jewish immigrants to South Africa; he founded South Africa’s two largest hotel companies, and opened resorts around the world. Kerzner’s Orthodox grandfather operated what was South Africa’s only kosher hotel. “Coming from my father’s family, everything was about hospitality and service,” she said. “Keep your eyes open. Make sure glasses are filled and plates are cleared. Notice everything.” 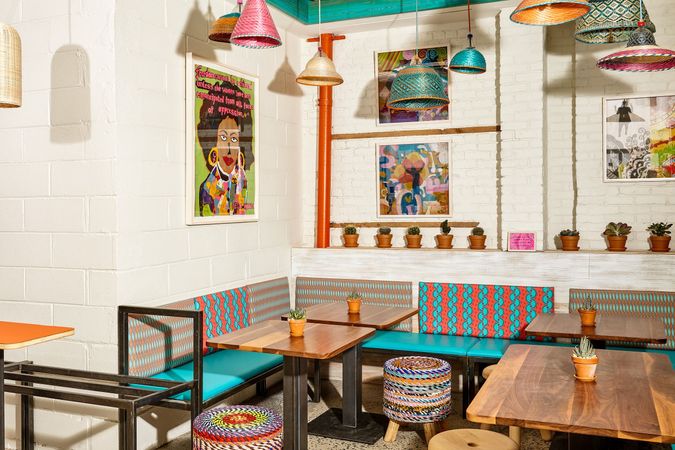 Though Lekka’s not a kosher establishment, Cohen and Kerzner may seek certification soon. “It’s not like we use a lot of ingredients that wouldn’t be kosher anyway,” Cohen said. In the meantime, “the idea is to open all over the country, and all over the world. I think we have a pretty good product.”