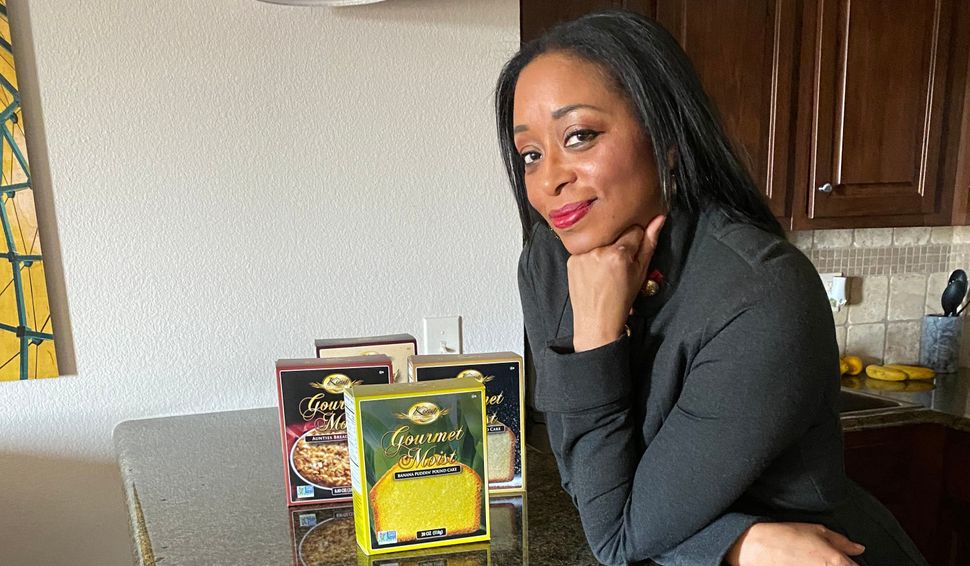 It’s easy to understand how a Baptist woman from Tennessee ends up producing Southern-style cake mixes. But the proverbial icing on top? They’re kosher.

King Preferred, run by LaTonya King, is perhaps the only non-Jewish, Black-owned kosher baking mix company in the world. Since 2018, her products – which are sold across the United States – have been certified kosher by the Orthodox Union.

The global pandemic led many to economic devastation, but for King, it meant a spike in orders that she attributes to an increase in people baking at home. The pandemic has “definitely created more interest in comfort food, and an economical alternative to ready-made cakes,” she said.

The uptick in sales has afforded her the chance to expand. She’s rolling out a new banana pudding pound cake line this month, and will also begin shipping online orders internationally.

Previously, King worked in the health insurance industry, and then worked for a food service company, with the aim of learning how to start her own business. By sheer serendipity, her mother happened to come by the office and struck up a conversation with a visiting client, Tova Industries.

At her mother’s nudging, King called their sales representative, and asked if they might consider producing her cake mix. A month later, King received a sample in a foil bag. “I was dumbfounded,” she said.

Meanwhile, her father helped her tweak the recipe for the next batch, as it was always important for her to represent the authenticity for the traditional cakes that she enjoyed while growing up.

“There’s an expectation for Tennessee poundcake. It needs to have the right flavor, taste, and look. It can’t be dry. It should have sour cream, cream cheese, et cetera. Those expectations have been passed down from generations,” she said. “I knew with my cakes, especially when offering it to the Black market, what it is supposed to taste like.”

By 2018, she was informed by her food producer that they had kosher certification, and she could put the symbol on her box.

Initially, she didn’t understand what kosher was, or meant. “I asked why they couldn’t just have a non-kosher line and a kosher line? I had to do a lot of research and found it fascinating,” she said.

By November of that year, she was an exhibitor at the New Jersey-based Kosherfest, the largest convention for the kosher food industry. Yet, even then, she was still a newbie to the basic rules. When sampling the fare from another booth, she naively commented: “Wouldn’t this go great on pork?”

“I realized in that moment, I had been unaware of Jewish culture. It’s beyond what I saw on TV, and I made an effort to expand beyond my bubble,” she said.

Being the rare Black exhibitor at Kosherfest didn’t faze attendees in the slightest, she noted. In fact, a man in full Hasidic garb, presuming she was Jewish, began asking her questions in Hebrew.

In very Jewish fashion, King has sought to attach the concept of tikkun olam, repairing the world, to the company. The products are shipped by Workwell Industries, a fulfillment center in Louisville, Kentucky. “I chose them because they give jobs to veterans, individuals who need a second chance at life, and those with disability issues. This is my force for good. Workwell gives jobs where other businesses probably would not offer them.”

Rabbi Michael Friedland of Sinai Synagogue in South Bend, Indiana, said that when food companies – such as King Preferred – choose to make their products kosher to broaden their consumer market, they’re inadvertently making the case for kosher to the Jewish community.

“It’s a little bit easier for the rabbi to sell people on kashrut, and say, ‘It’s not that hard to keep kosher, when you have all of these choices.’ When before, it was really, you know, sponge cake. It was a little tougher to convince people.”

Rabbi Friedland – whose synagogue is a half-hour drive from Elkhart – said he is also pleased at the prospect that King Preferred, in its own little way, contributes to reaching across the cultural divide.

“The political battle lines today are being drawn between people who don’t want diversity, and those who are excited about the diversity that’s growing in America; religious or racial diversity, and connecting with people who are different,” he said.

“And, we’ve seen a wider tapestry accepted in our civic society. And if we can share that through cake – that’s wonderful.”