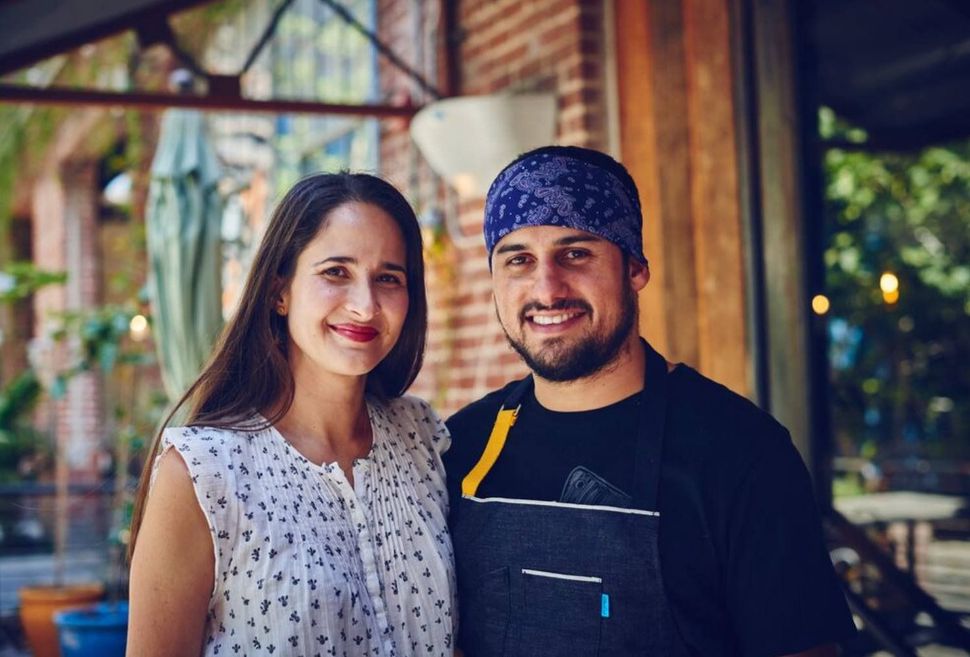 It’s a bit of a surreal experience opening “Bavel.”

The new cookbook by Ori Menashe, Genevieve Gergis and Lesley Suter, due out May 25, makes no mention of what many consider the worst year to ever to befall the industry. And at a time when the conflict is front page news, the main mentions of Israel are about Dr. Shukshuka or hummus at Abu Hassan or foie gras. 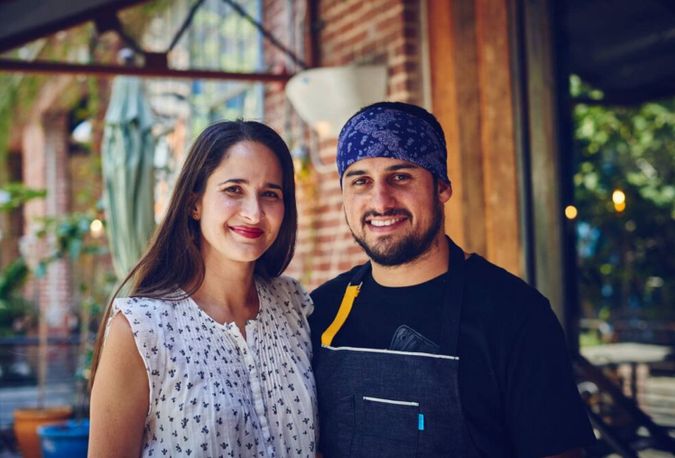 But of course, cookbooks are meant not to be only representative of their moment, but to be cooked from for years to come — and to be, let’s face it, an escape. So the choice not to include how they shut down for a few days and then offered takeout meals, making a fraction of what they did before, and then shutting down completely for one winter month before re-opening for outdoor dining was deliberate. Perhaps when someone opens Bavel a few years from now, the confluence of the pandemic and a war will be a distant memory. At least that’s the hope. 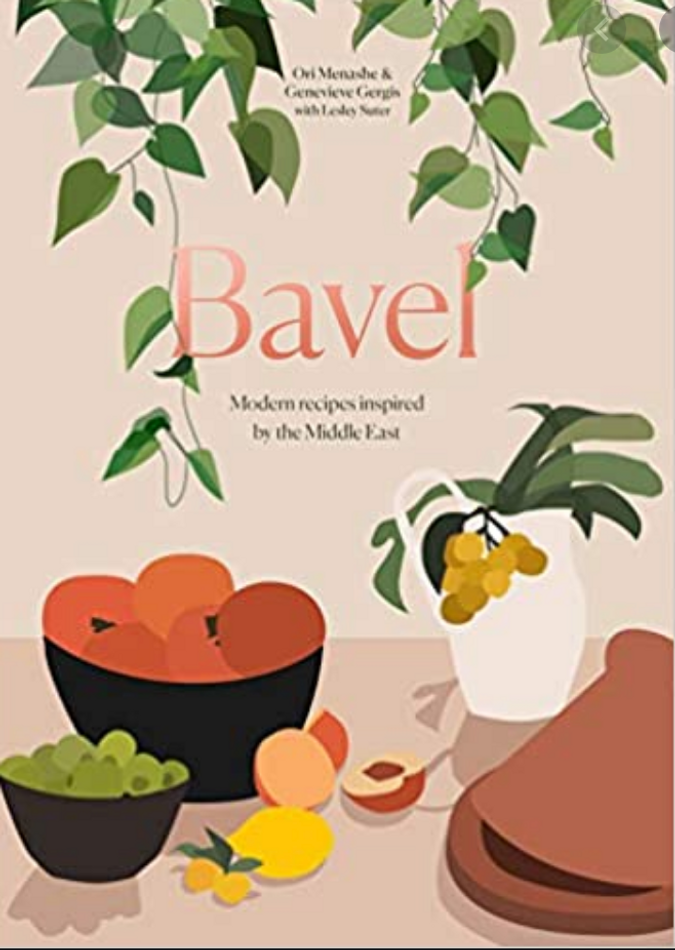 I’ve written about my fair share of Israeli cookbooks since 2012, the year that Yotam Ottolenghi and Sami Tamimi’s “Jerusalem” came out. The better known among them include those by Michael Solomonov, Einat Admony and Adeena Sussman; the lesser known but still worth knowing about by Honey & Co. chefs Itamar Srulovich and Sarit Packer, Danielle Oron and Eden Grinshpan. I sometimes even wonder how many more we need of the genre.

But of course, the mark of a great chef is to take a dish that we already have multiple recipes for – take hummus for example – and make you excited to try their version. I used hummus, because it’s a dish that’s so overdone by now, but Menashe’s spins with avocado tahini and pepita chile oil, or celery leaf chermoula definitely stood out. This cookbook reminded me that while the last thing I need is another hummus recipe, what I can always use is new and inspired ways to serve the beloved staple. That his za’atar blends include both rose and mushroom versions, and that he has three recipes for zhug, a traditional Yemenite spicy condiment, red and green, both made with chilies and spices, and a third with a base of strawberries, is a good representation of Menashe’s culinary point of view. It’s also worth mentioning that crème fraiche seems to be a favorite ingredient of his.

“Creme fraiche is just a lighter version of yogurt and I feel some things need that lightness,” Menashe explained in an email. “Yogurt and labne are more noticeable and you can taste that it’s there. With creme fraiche it’s more subtle and it’s easy to add something without overpowering a certain ingredient. There are actually a lot of modern Israeli restaurants using creme fraiche.”

Menashe and Gergis are the married couple behind Bavel, an Israeli restaurant in Los Angeles. They met cute in an Italian restaurant they both worked in, he as a sous chef, she as hostess, before opening their first restaurant together, Bestia. While Bestia is Italian, as is most of Menashe’s training, Bavel was a much more personal project; Gergis also has Middle Eastern roots, from Egypt, so as they say in the introduction, “Bestia is something we learned how to do, Bavel is something we were born into.”

Gergis was pregnant when the idea to open an Israeli restaurant occurred to them. While they knew opening a second place with a totally different concept than the first was kind of an insane thing to do, once the idea took hold, they couldn’t let it go.

The name Bavel is the Hebrew word for Babel, as in The Tower of, and it’s a metaphor for the various peoples and cultures making up the Middle East, before all the conflicts that came to define it in the last two centuries. It’s a restaurant that is both very Israeli and very L.A., if there can be such a thing. Menashe points out that the climate of both is similar, as is the superior produce that can be found in both places.

However, Menashe had to teach himself how to make the food he grew up with. Luckily he comes from a family with a strong pedigree. His father owned a bakery for some time, and was the kind of person who would treat his son to a skewer of foie gras after his soccer games. With his family’s roots in Georgia, Morocco and Turkey — all countries known for their superb cuisine – family dinner was never a boring affair in his household. There’s even a chapter of family recipes, in which his parents write the headnotes to some of their favorite recipes: examples include a beef-cheek tagine from Menashe’s Moroccan mother, and hingali, Georgian meat dumplings from his father.

The dessert chapter, of course, is Gergis’ domain, and where we get a good idea of her culinary point of view.

Some of the best known Middle Eastern desserts like baklava can be overly sweet to some, and Gergis writes that a dessert need not be “sugary” to be satisfying; there are so many other ways to end a meal. For example, a pastry with strawberries tossed in sumac paired with a ricotta yogurt filling, all topped with pistachio ice cream is a great example.

Yes, there are now a lot of great Israeli cookbooks out there already. But there are many dishes in “Bavel” that make me want to get back into the kitchen, and start cooking.