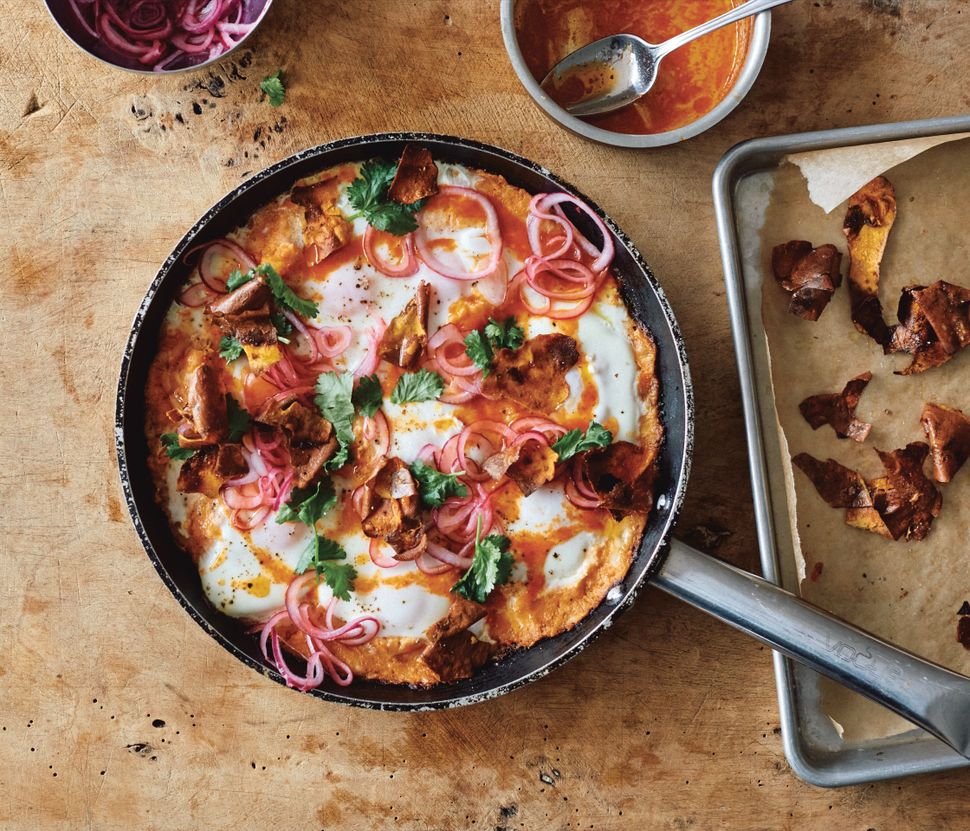 Sure, Yotam Ottolenghi’s new cookbook features hummus and pita on the cover and a recipe for “Creamy, Dreamy Hummus” spread out over four whole pages, but don’t think this book rehashes everything we’ve seen already.

The concept for “Ottolenghi Test Kitchen: Shelf Love: Recipes to Unlock the Secrets of Your Pantry, Fridge and Freezer” co-written with Noor Murad, could be summed up by the following quiz: Tell me what staple ingredients you have in your pantry, fridge or freezer, and we’ll tell you what to make. 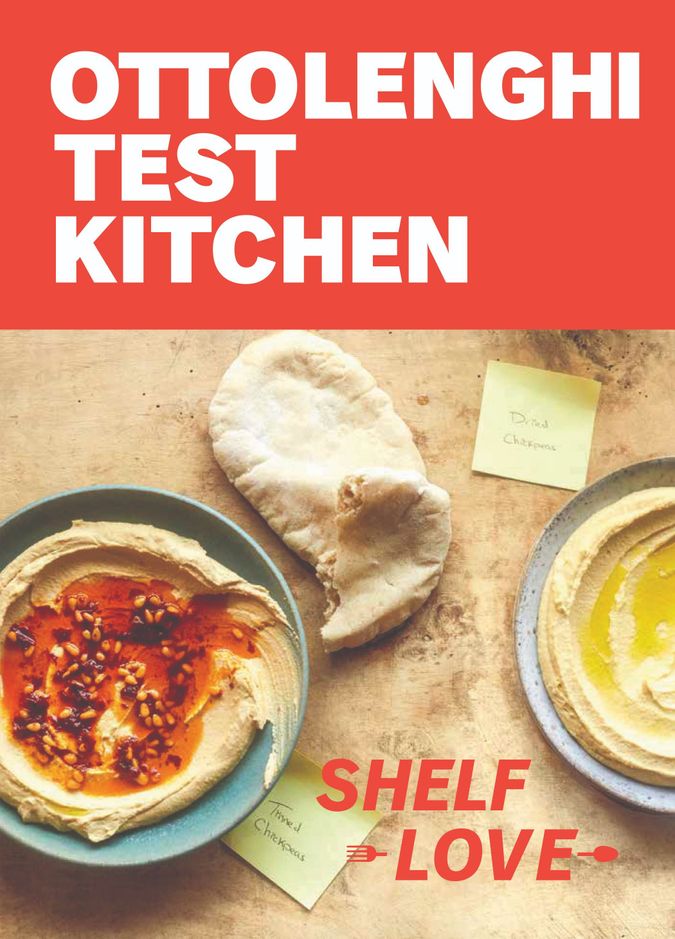 Apparently the first of a series forthcoming from Ottolenghi’s Test Kitchen, this book is built around a theme of being creative with what you might already have at home as opposed to shopping for chosen-in-advance recipes or menus. Or, in other words, “This cookbook is brought to you by Covid.”

There is a fold-out page with ingredients listed that many of us would consider kitchen staples, with the page numbers for recommended recipes for each one. It’s a different kind of index, right at the front.

This concept only partially works. Partially, because even though most recipes are built around a humble ingredient like, for example, the chickpea, so many additional ingredients must be added to it to make it worthy of appearing in an Ottolenghi cookbook.

This is only a minor point of contention, though, because, if the recipes didn’t have all the fresh herbs, garnishes and accompaniments that make a dish worthy of the Ottolenghi name, they would be in a different cookbook.

Take those chickpeas, for example. The pulse appears in a chicken stew with carrots flavored with the Ethiopian berbere spice, an Indian-style chaat masala with chickpea and polenta fries, and an Italian pasta preparation in a classic cacio e pepe. There’s also the aforementioned “creamy, dreamy hummus” and an onion and chickpea soup spiced with hawaij, a Yemenite spice mix, alongside cheesy toast.

It’s a fun concept to be sure, though it goes without saying that if you work for the Ottolenghi Test Kitchen, your lying-around ingredients are probably more interesting than ours. During the Great Flour Shortage of 2020, for instance, one contributor was able to create a recipe by substituting arrowroot starch for flour. How much arrowroot is lying in your pantry?

Also, ​​fans expecting the gorgeously-designed cookbooks that have been a hallmark of Ottolenghi’s published work thus far will be disappointed by the looks of this one — I know I was. Everything from the cover font to the color choices and hummus and pita being chosen as the cover dish when it’s beige-upon-beige. It’s also smaller; it just doesn’t have the same wow factor as previous books.

While the Ottolenghi Test Kitchen has a staff of many cooks hailing from a variety of different countries, this book was co-written by Noor Murad, who is from Bahrain. So there is a high proportion of Middle Eastern flavors, spices and ingredients that are commonly used in other Ottolenghi books, like za’atar, sumac, pomegranate molasses and tahini. 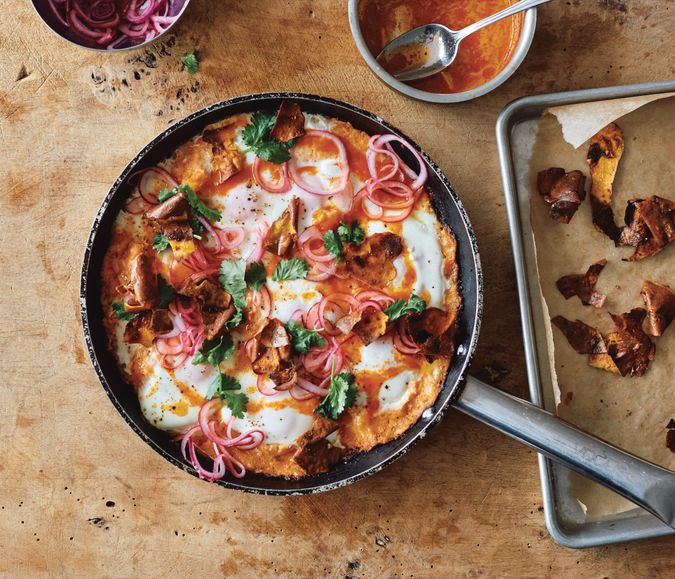 Some recipes veer toward the traditional, as in the hummus and toum, a Lebanese garlic spread, while others are more hybrid, like a fancified mac n’ cheese. In addition to milk and heavy cream, there is cumin, fresh garlic, and both cheddar and feta. That alone would not be enough to Ottolenghi-fy it, though, so it’s accompanied by a za’atar pesto, made with lemon, cilantro, za’atar, pine nuts and olive oil.

Another dish, a sweet potato shakshuka with sriracha butter and pickled onions, is quite different from the original dish of runny eggs cooked over a spicy tomato sauce. But shakshuka really just means “a mixture,” and as long as it has eggs cooked over a bed of something, it can be called as such.

Here the sweet potatoes are baked and then mashed with cheese, garlic and cumin, while the skins are further baked alone to crisp them up as a garnish. Of course, the addition of pickled onions and a buttery hot sauce takes it to the next level.

Another feature worthy of mention is that many recipes have a “Make it your own” box on the page, advising how to improvise further with what you might have on hand, or how to veganize a recipe, since so many dishes have either cheese or yogurt in them.

A thorough reading of this book reminded me of the old adage not to judge a book by its cover. While both the cover image and overall design of this book isn’t as beautiful as we’ve come to expect, the dishes inside got me excited to start cooking.