The deepest secrets of Sephardic cooking are buried here Some cookbook authors get their recipes from chefs. Hélène Jawhara Piñer got hers from the Inquisition.

The coiled holiday breads, long-simmered stews, and honey-sweetened, orange-scented desserts collected within Piñer’s remarkable new book of Sephardic cookery derive not from family recipes passed down through well-worn cookbooks or hand-scribbled notes on food-stained scraps of paper, but from years of scholarly research into historical sources, chief among them trial records of the Inquisition. 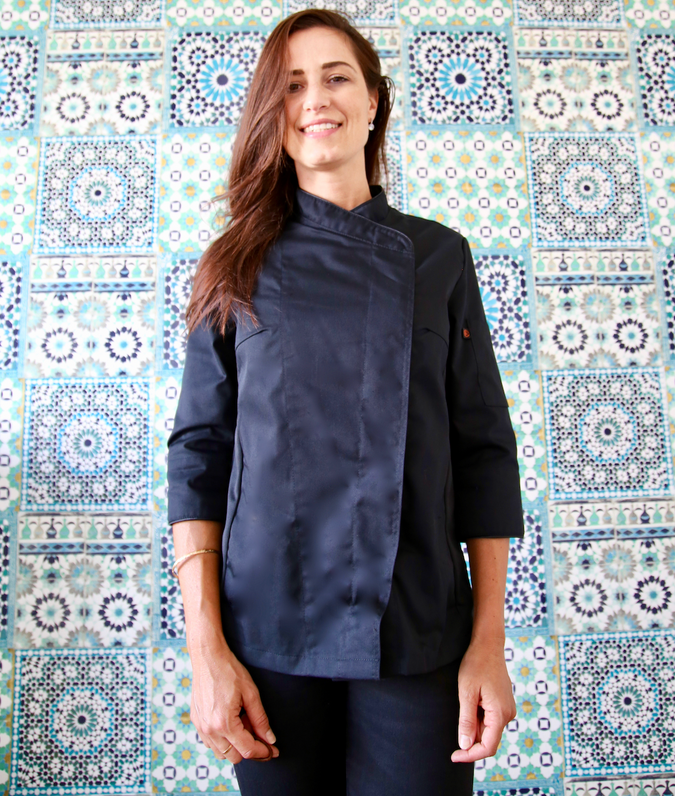 “Sephardi: Cooking the History,” though, is by no means a dense historical tome. Subtitled “Recipes of the Jews of Spain and the Diaspora, from the 13th Century to Today,” it is a lively, accessible cookbook containing 50-odd recipes illustrated with bright, appetizing photographs taken by Piñer.

In the book’s introduction and within recipe headnotes, Piñer offers fascinating and concise historical context that enhances the experience of reading — and cooking — recipes for dishes including Swiss Chard Stew With Chickpeas and something called “Meatballs cursed by the Jews” (More on that one later.)

Piñer was born in Paris of half-Spanish and half-French heritage and now resides in Bordeaux. As a doctoral candidate at the French University of Tours, she studied Medieval history and the history of food, spending six years researching the recipes of Iberian Jews of the Middle Ages.

“I have always been very interested in food and in religion and how food was important in religious practices,” Piñer said. “But I have always been also interested in Jewish food and Jewish culture and culinary heritage. At University I started thinking about studying the first Jewish cookbook, and it started to be very complex. I was looking for this source, but it didn’t exist.” To understand the obstacles Piñer encountered, and why she was ultimately able to find so much information within Inquisition-trial documents, one requires a brief outline of the history of the Jews of Spain and Portugal.

After being expelled from Jerusalem and Palestine by the Romans in the 2nd Century, Jews traveled to the Iberian peninsula where at first they struggled under Romans and Visigoths, then thrived for 800 years of Muslim rule.

“How the tiny Christian enclaves in the peninsular north resisted the Muslims and gradually pushed south and grew into the large kingdoms of Castile and Aragon, and their smaller neighbors Navarre and Portugal,” according to David Gitlitz, the recently deceased author of books including “A Drizzle of Honey,” who wrote the cookbook’s foreward. “How the Jews who had now come to be living under Christian rule were increasingly persecuted. How when in the late 1400s Castile and Aragon united under Ferdinand and Isabel, the self-styled Catholic Monarchs, Jews were offered the choice of conversion or exile. And how the religious behavior of those who chose to convert and remain as Christians was rigorously policed by the Inquisition.”

The Inquisition began in 1478 as a way of identifying converts — called conversos— who secretly continued to practice Judaism. One of the primary ways to unmask these conversos (also called Crypto Jews by the Inquisitors), was through their dietary habits.

“As they had to hide themselves, it is even more complex for a historian to find something that proves their different practices. There are no cookbooks that bear the name Jewish cookbook, because food was a tool to identify the Jews, so creating a Jewish cookbook in this period was impossible. So that’s why I had to have a look at different kinds of sources.”

Piñer pored over three cookbooks from the Iberian peninsula written in the 13th and 14th centuries — two in Arabic and one in Catalan. Searching recipes from the Middle Ages through the 19th century, she discovered only eight specifically identified as being Jewish. She looked to literature and scholarly works, and also to Maimonides, whose “Regimen of Health,” offered remarkable material including the recipe for a chicken soup with poached eggs, called Puchero, that reminded Piñer of the one her Andalusian grandmother made.

In the soup recipe’s headnote she quotes Maimonides as saying, “The patient will always keep his strength by taking a light food like chicken soup, meat broth, soft egg yolk, which for him who can take it, and even some less mild elements such as chicken meat.”

Then there are the Inquisition trials, in which conversos were revealed based on their culinary practices, often having been denounced by their own servants.

There is a recipe called Meat Pie of the Fernandes Conversos From Bahia, described in the introduction as being “based on a 1590 Inquisition trial record, which explains how the Fernandes family from Bahia, Brazil, were reported for their Shabbat cooking: preparing a baked dish of meat with onion, olive oil, seeds, spices and other ingredients, sealed with dough all around.” Perhaps the most significant recipe in the book is for a dish called adefina, the iconic slow-cooked chickpea and beef stew, also known as dafina, ani, hamin, and trasnochado. The long-simmering, aromatically spiced stew was known by different names in part “to deceive Inquisition officials, as the dish would have revealed the makers and eaters as Jewish,” according to the recipe headnote. “All terms refer to the characteristics of the dish: adefina, adafina, dafina mean ‘buried, hidden.’… Trasnochado refers to the fact that it is cooked ‘overnight.’”

Adefina is a notable exception, and it is mentioned in “Memoirs of the Reign of the Catholic Monarchs,” penned in the 15th century by Andrés Bernàldez, Archbishop of Seville, who wrote that Adefina was “a pot-au-feu (puchero) or pot (olla) that the Jews place at nightfall on the stove covering it with embers, for eating on Saturdays.”

As with other recipes in “Sephardi,” this one doesn’t contain New World ingredients such as potatoes or sweet potatoes, which are common additions in modern times but would not have been present in the Middle Ages. (Nor are there any tomatoes within these pages.)

There is plenty of eggplant, including an Eggplant, Garlic, and Cheese Dip; A Jewish Dish of Eggplants Stuffed With Meat; and Eggplants With Saffron and Swiss Chard for a Converso Wedding. In the introduction to this dish, Piñer explains: “One of the characteristics of eggplant is that it can be eaten cold. The culinary practices of the Jewish conversos during the Inquisition period testify to this. Indeed, several families were accused by the court of the Inquisition of Toledo for having consumed ‘cold eggplant pots’ called ‘caçuelas’ for their Shabbat lunch, which they had prepared the day before.”

Piñer found that eggplant was often used in literature to mock Jewish practices. “The smell of the eggplant, excessive consumption of eggplant, it’s been used as a way to make fun,” she said. “The ones who also consumed eggplant were the Muslims. Nevertheless, in the historical sources there is no mention of eggplant to make fun of the Muslims. It is just concerning the Jews.”

Piñer recommended pairing the Eggplants With Saffron and Swiss Chard for a Converso Wedding with meatballs — the ones that were apparently “cursed by the Jews.” She came across this recipe in one of the Eastern Muslim cookbooks of the Middle Ages, the only one to contain Jewish recipes. “The title mentioning a ‘curse’ is intriguing, since there is no indication of what it means in the cookbook. Why were these meatballs ‘cursed’ by the Jews? We are left to draw our own conclusions.” A later version of the cookbook drops the word “cursed.”

The last chapter of the book is called “My Recipes Based on Historical Sources,” and includes a cheesecake made with cottage cheese, which Piner serves on Shavuot, a Moroccan flatbread that’s popular today, and a popular spinach pie called mina, made with store-bought puff pastry dough.

“I decided to add this section to highlight that when you are talking about Jewish cuisine, we really have to take into account the importance of adaptation and evolution,” she said. “It is always like that. To move and to adapt yourself and to continue living and keeping your religion and your practices.”

“Eating is to remember,” she said. “When you eat something, it tastes very different when you know where it comes from.”

Join Hélène Jawhara Piñer as she cooks from “Sephardi: Cooking the History. Recipes of the Jews of Spain and the Diaspora, from the 13th Century to Today” and joins in conversation with Forward National and Food Editor Rob Eshman. Jan 26, 2022 02:00 PM in Eastern Time (US and Canada) Click here to register.

The deepest secrets of Sephardic cooking are buried here