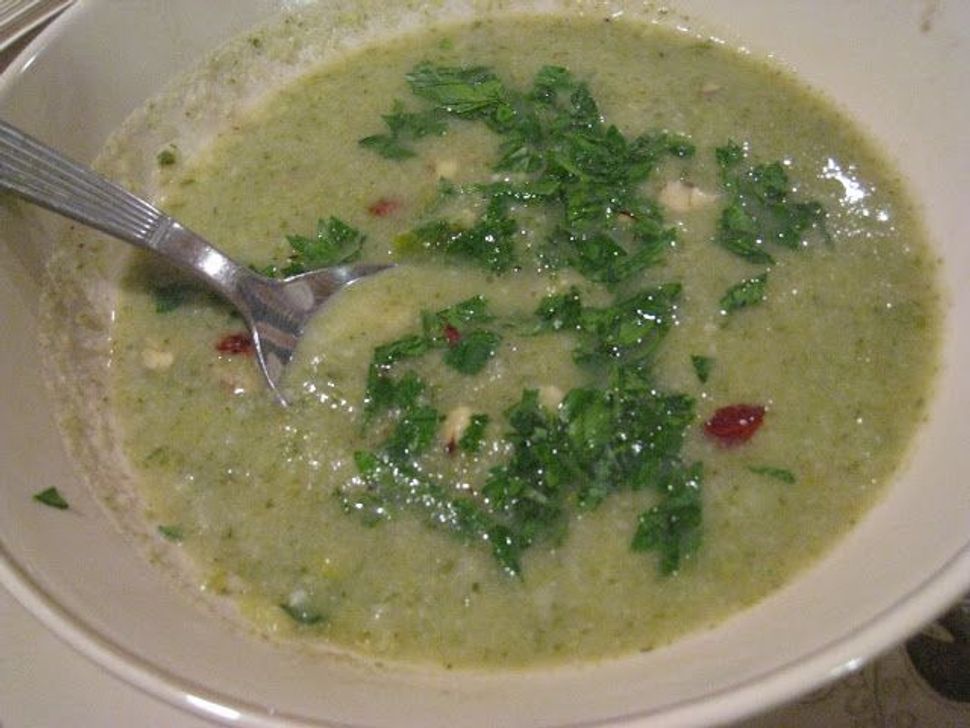 Image by Photo By Dahlia Abraham-Klein 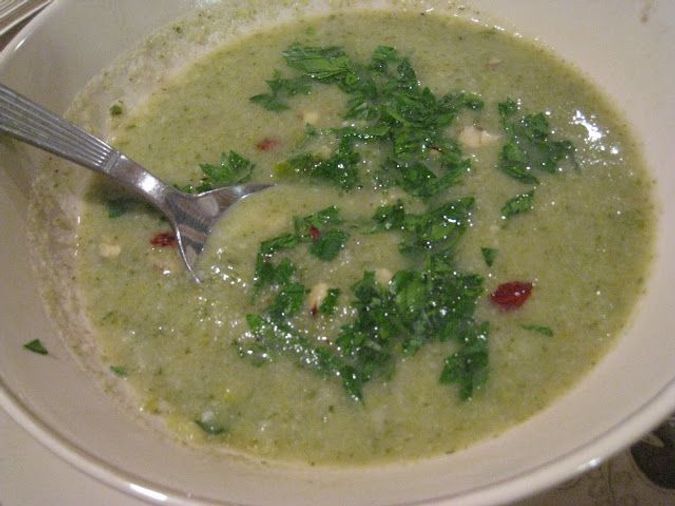 Image by Photo By Dahlia Abraham-Klein

Passover (Chag Ha Aviv, or the holiday of spring) is meant to do more than recall the story of our Exodus from Egypt; it also is a time to celebrate the abundance of earth’s newest bounty of vegetables and herbs that have just sprouted. Nearly 60 days ago, on Tu’Bishvat we planted seeds that would germinate, ushering in Spring with the earth’s first harvest. It coincides with our ancestor’s exodus from Egypt over three thousand years ago, which took us out of abject slavery to freedom and from utter darkness to brilliant light. Similarly, our people shackled in slavery, showing little hope of life, burst out of the House of Slaves as a Jewish nation, starting anew on Passover.

In modern times, Passover has become a holiday where a lot of the foods prepared, rely on processed items, like matzo meal, making one feel shackled down by the weight of those carb bombs. However in keeping with Chag Ha Aviv, it’s more appropriate for seasonal produce to shine. Of the many dishes I am preparing for Passover, one is a Cauliflower and Leek Soup, which serves as an edible illustration to inculcate the story of Passover. This seasonal vegetable soup symbolizes the many meanings of Passover, with an emphasis on the newness of spring, where we have the potential as a nation to always renew ourselves.

In the cauliflower base, which has a lovely potato like taste and a creamy thick consistency, leeks are blended and hold a significant placement on the Seder table. I am of Afghan Jewish descent, and it’s an ancient custom at the Seder table to whip each other over the head with green onions during the song of Dayenu. The word “Dayenu” means, “it would have been enough for us.” The song is about being grateful to God for all of the gifts he gave the Jewish people, such as taking them out of slavery, giving them the Torah and Shabbat, and had God only given one of the gifts, it would have still been enough. However, in spite of that, the Jews still longed for Egypt, and the native leeks. Thereby a tradition amongst the Afghan and Persian Jews, in order not to yearn for Egypt was to reenact our slavery with the very leeks indigenous to Egypt as a reminder that we were beaten in Egypt. A drop of lemon gives the soup a refreshing taste, but also holds a stark reminder of the tears the Israelites shed over their bondage. In addition, we must never take our freedoms for granted and sometimes, we must cry out to God to evoke channels of empathy and change. Spring marks the beginning of change and the element of karpas (parsley), which grows low, reminds us of the humility required in life to achieve closeness to God.

By honoring this holiday of Spring with seasonal vegetables, you can bring vibrant colors, deep meaning, and great conversation to your Seder table. Your guests will be grateful for a break from the usual heavy-laden fare with this gluten free and vegan soup. May this be a Passover with abundant, wholesome foods and lively Seder dishes your whole family will enjoy.

You can make the soup up to a day ahead, and store in the refrigerator. Reheat over medium-low heat, stirring frequently.

2) In the same pot, heat olive oil over medium heat. Sauté the leeks and season with ½ teaspoon salt, and cook until very tender, 8 to 10 minutes. Adjust the heat as needed to prevent browning. Add the cauliflower and stock. Bring to boil and then lower to a simmer. With a hand blender, puree the soup until smooth. Season with nutmeg, salt (if needed) and pepper.

3) In a preheated oven of 350°F, roast the hazelnuts for about 8 minutes or until fragrant. Serve the soup garnished with hazelnuts and parsley.

Dahlia Abraham-Klein is a vegetarian cookbook author who specializes on the cultural culinary history of the Silk Road, and contemporizing the dishes to fit our modern and conscious ways of living. You can follow her here