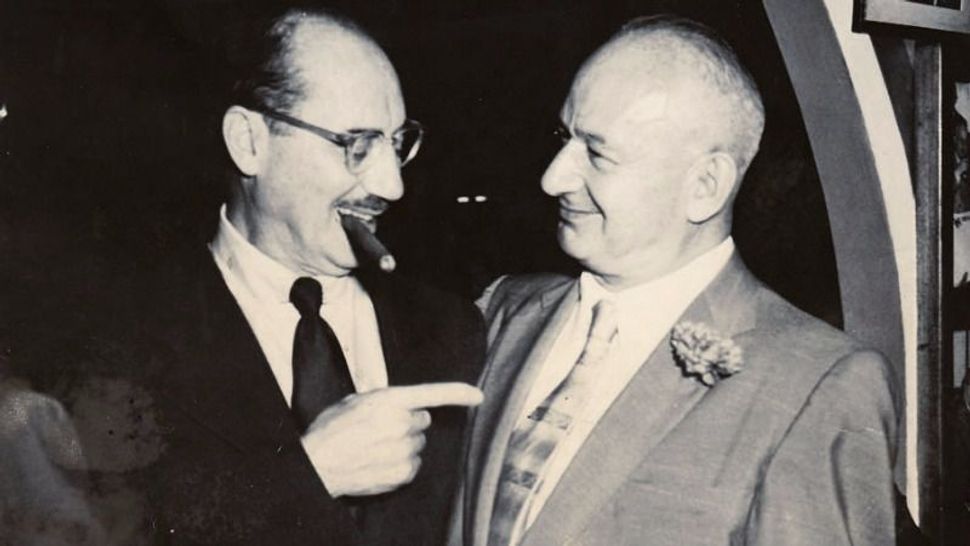 Groucho Marx with Louis Anzelowitz the owner of Moskowitz & Lupowitz, a popular Lower East Side restaurant that closed in 1966. Image by Archival

It’s telling that the first thing you notice when you open “The Book of Lost Recipes: The Best Signature Dishes From Historic Restaurants Rediscovered,” by Jaya Saxena (Page Street Publishing Co.), is that it’s dedicated not only to the author’s parents, but also to someone named Matt (whom we can only presume is her partner) for, among other things, his “willingness to eat a bunch of weird, historic dishes.” 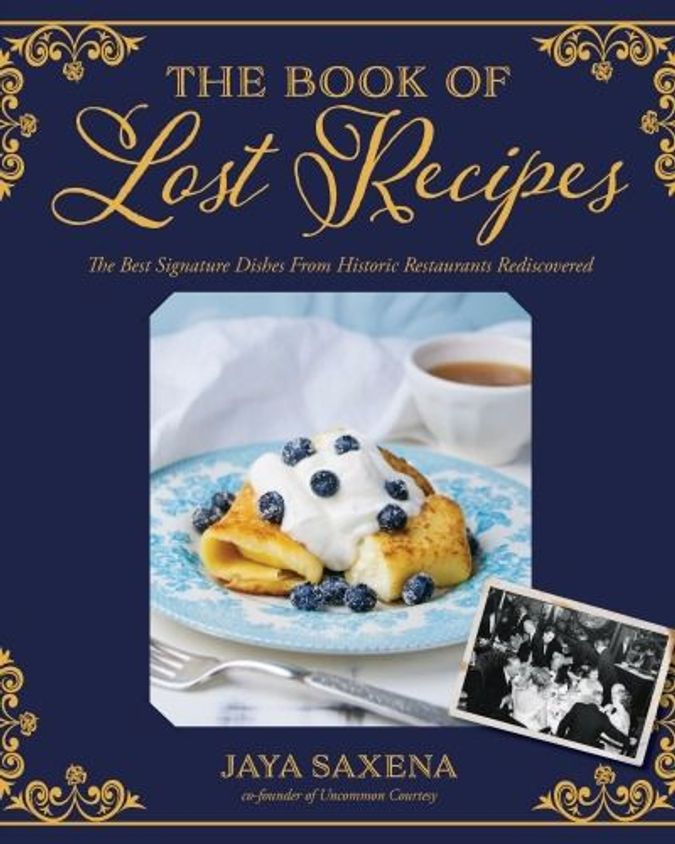 If Saxena herself is proclaiming the book’s contents to be weird before we even get to the table of contents, that’s sending a pretty strong message, isn’t it? It didn’t exactly make me want to run out and make these dishes.

But for food geeks and cookbook lovers, browsing through recipes from another era can be fascinating — a window into a different place and time. As the author says, “it is quite possibly the best way to time travel.” And the great diversity of recipes in this book makes it that much more fun.

Obviously food and recipes are constantly evolving, adjusting to the diets and fads and new ingredients of the day. Looking at these recipes gives us a window into the 20th century — not so long ago, but many of the recipes are from the early part of the century.

A warning for the kosher keepers: Jewish recipes are only a small part of this book. To get to Moskowitz & Lupowitz’s chopped liver (which deserves some kind of prize for its name alone) and Ashkenaz’s Deli’s blintz treat, which is on the cover, and Wolfie’s Rascal House’s roast chicken with challah stuffing, you have to wade through an awful lot of roast pork, steamed oysters and baked lobster Savannah. And those are only from the first five restaurants. So consider yourself warned. 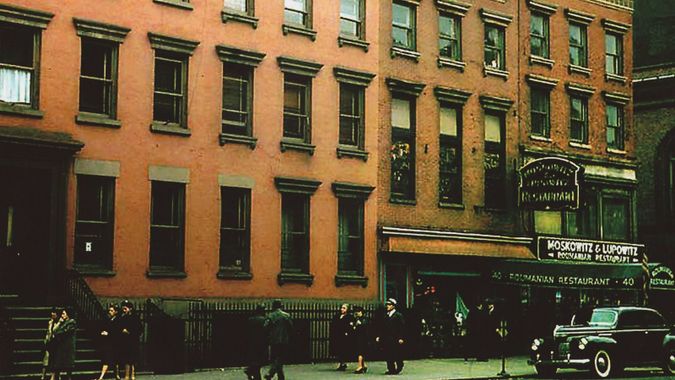 Saxena, a food writer, notes that what drew her to the project was the idea that eating out in restaurants was a fairly new phenomenon early in the last century, and that it wasn’t just about the food, but also for the atmosphere and community. In compiling this recipe collection, she looked for restaurants with a strong sense of place, and tried to answer the question “What made this place this place?”

What many of the restaurants in this book had in common as that they served comfort food to a specific group of people who took pleasure in the narrow milieu of the dishes; they catered to a very particular audience. Those seeking comfort in the Maramor’s Christmas cookies, for example, were certainly not going to be the same people finding it in Moskowitz & Lupowitz’s chopped liver.

Saxena profiles 40 different restaurants (only three of them Jewish), offering several dishes from each. And it must be noted that even if I’m not going to run out to make baked lobster Savannah, I still enjoyed learning about Boston’s Locke-Ober, the place that served it, especially the tidbit that the restaurant remained “men only” until 1970.

Of the Jewish restaurants Saxena highlights, Moskowitz & Lupowitz was a prime example of the Jewish Romanian steakhouse. This one existed from 1909 to 1966 on Rivington Street on New York’s Lower East Side. More upscale than a Jewish deli, it was known for its “gypsy music” and white tablecloths, and maybe, if you were lucky, Bing Crosby would even drop by to sing. (He did once.) While it served many different cuts of steak, it was also known for its appetizers, including herring and chopped liver. What made the chopped liver so special was that it was made with beef liver rather than the much more typical chicken liver. It was considered “the jewel of the menu.” 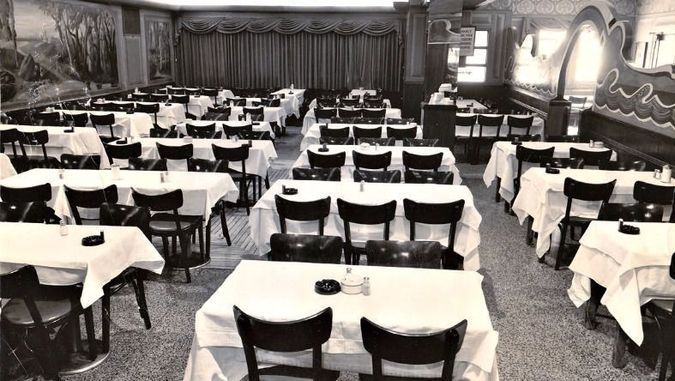 The interior of Moskowitz & Lupowitz. Image by Archival

Ashkenaz’s Deli, which enjoyed over a 100-year run in the Rogers Park neighborhood of Chicago from 1910 to 2012, is where writer Saul Bellow liked to hang out. When Sam, son of founders George and Ada, took over, he became known as Chicago’s “Blintz King,” so naturally its one contribution is its blintzes.

And then there is Wolfie’s Rascal House, which existed in Miami from 1954 to 2008. (Credit must be given to Saxena for finding places with such colorful names). The Wolfie in the name was Wilfred Cohen, known for his mismatched clothing, who opened numerous Jewish establishments in Miami. The “rascals” referred to its frequent customers, some of them boarding-house residents, who would sometimes be there for three meals in a day. Wolfie’s Rascal House was a step-up from a deli; you could get a corned beef sandwich at the counter, or a steak or chicken dinner with table service.

Along with the roast chicken with challah stuffing recipe, there are three recipes for desserts.

Like the other restaurants in the book, Wolfie’s eventually closed due to changing demographics and tastes. “The Book of Lost Recipes” helps maintain its place in culinary history.

As for the weirdness factor, perhaps it lies in the tongue of the taster.