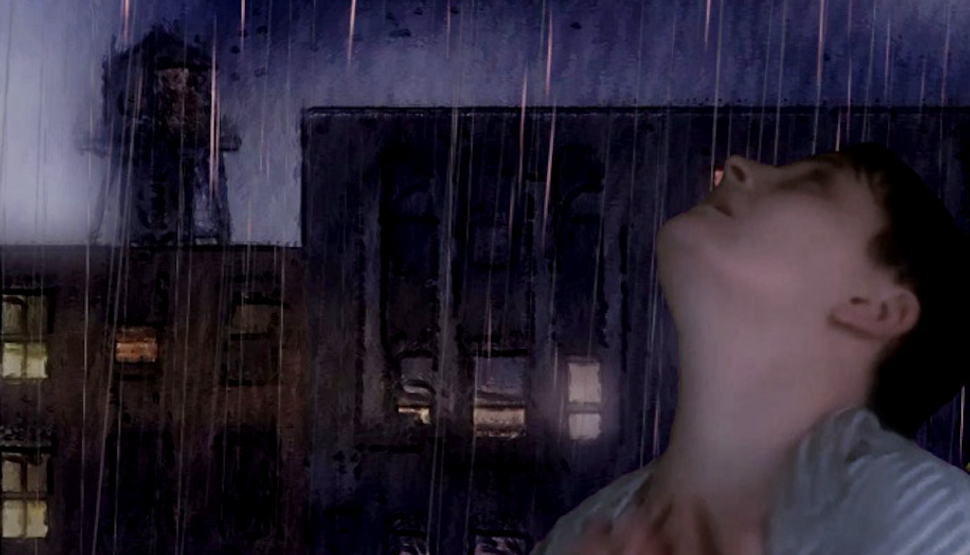 An artful online video adaptation of Sholem Asch’s groundbreaking 1906 Yiddish play, “God of Vengeance”, is now streaming through May 31, 2021. The 100-minute video is in English.

The play, known in Yiddish as “Got fun nekome”, tells the story of a seemingly observant Jewish couple and their daughter Rivkeleh who live upstairs in their Lower East Side apartment during the Great Depression. Yankl and Soreh do their best to protect their only child from mixing with their bustling business – a thriving brothel downstairs in the basement.

Rivkeleh is at a marriageable age so her parents are busy seeking a husband for her. She is ensured a generous dowry when her father commissions a sacred Torah scroll, worth thousands, to be written just for her. Supposedly, the hand-written scroll is believed to protect her and keep her kosher.

Meanwhile, Rivkeleh falls in love with one of the prostitutes downstairs, Mankeh, and a tender relationship blossoms. Tensions mount and soon life upstairs and downstairs becomes entangled. As Yankl’s plans are threatened, he himself begins to unravel.

The play was translated by Caraid O’Brien; translation dramaturg was Aaron Beall, video adaptation and direction by Bruce Bierman.

Surrounded by controversy (the first Broadway production was closed down for portraying unconventional characters and the first lesbian kiss on Broadway), this play was the inspiration for the award-winning Broadway show, “Indecent”. Yiddish Theatre Ensemble offers audiences the rare opportunity to experience the original play (in English with some Yiddish) online for the first time.

The production is sponsored by KlezCalifornia and funded in part by a Civic Arts Grant from the City of Berkeley. It coincides with the 40th Anniversary of Yiddish Book Center and their Year of Translation.