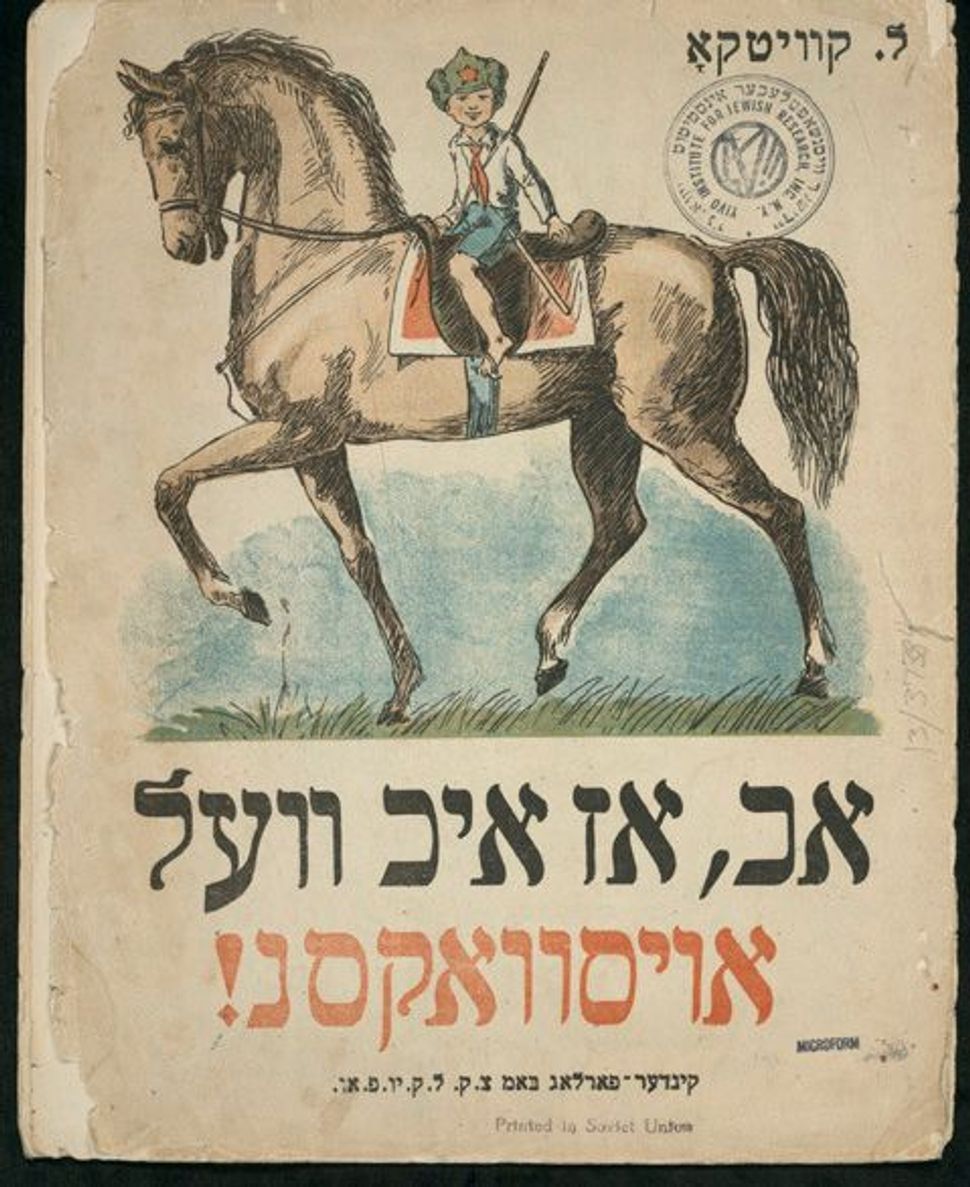 The symposium, which will compare Yiddish and Russian Jewish children’s literature, will take place on June 22 and be streamed over Zoom. It is being sponsored by YIVO and Oxford University’s Bodleian Library.

Dr. Miriam Udel, a professor of Yiddish at Emory University, will explain how Yiddish children’s literature’s emergence was part and parcel to the development of the Yiddish school systems organized by competing religious and political movements in Eastern Europe and America.

Dr. Catriona Kelly, a professor of Russian at Oxford University, will discuss children’s books created by Russian-language Jewish writers and Soviet Jewish illustrators, including works by the writer, Samuli Marshak, the artist and puppet designer, Nina Simonovich Efimova and the painter, David Shterenberg.

As part of the program, curators at YIVO and Oxford University’s Bodleian Library will share several colorful, illustrated children’s books from both collections.

The symposium begins at 1:00 PM EST and is free of charge but participants should register in advance here.

Yiddish children’s literature, which flourished in the first half of the 20th century, has gained renewed attention from scholars in recent years. Dr. Udel’s translations of 46 Yiddish children’s stories and poems were released last year as the anthology, “Honey on the Page”, and her work recently inspired the creation of an animated puppet play based on Chaver Paver’s stories of the communist puppy, Labzik.