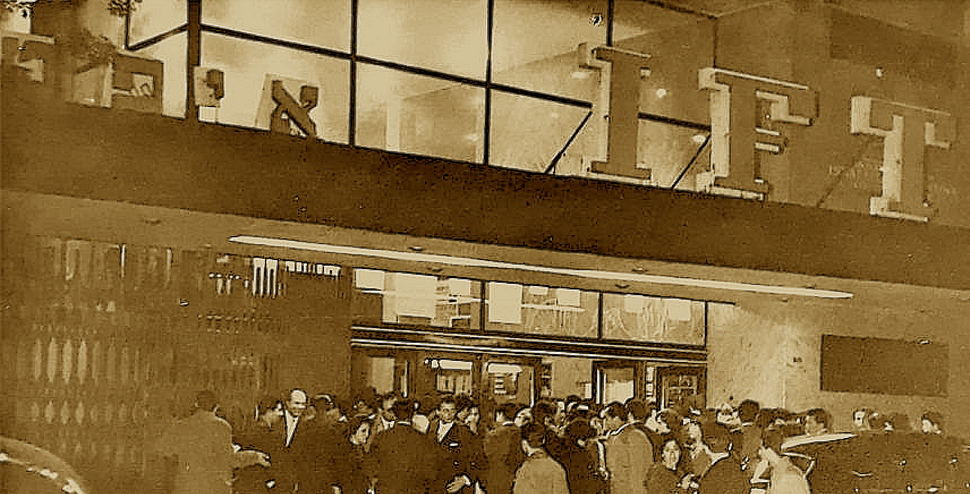 In Buenos Aires, where I spent the first 30 years of my life, every public school student has heard of Boulogne Sur Mer, a small town in France, where the Argentine national hero Jose San Martin spent the last years of his life.

Boulogne Sur Mer is also a street in Buenos Aires where even today the Y. L. Peretz school, where I spent my first sweet childhood years, still operates a kindergarten, elementary school and high school. And on the same street, a block away, near Avenida Corrientes, still stands the building of the former Yiddish Folk Theater, yidisher folks-teater, known simply as the IFT. In this theater, which no longer has Yiddish productions, my father starred in many plays.

By the age of six, I would go to the 5:00 matinee every Sunday with my older brother, Reuben. I thrilled at the experience of watching the actors on the expansive stage, filled with Yiddish music and dance, of being part of an audience of 750 people. The Yiddish theater was like a second home to me. 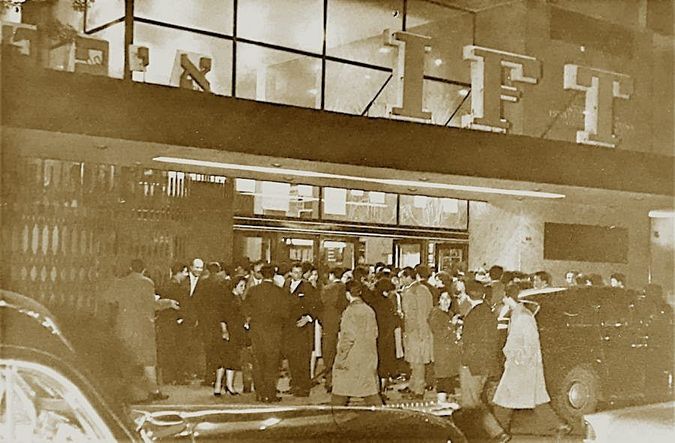 The IFT Theater was run by a left-wing organization, IKUF (the Jewish Culture Association). This didn’t mean anything to me when I was seven years old but at the beginning of the 1950s, a political feud exploded in the Jewish community because of two events: the in 1951 the Communist regime in Czechoslovakia executed a Jew of allegedly spying for Israel and on August 12, 1952, the Soviet Union murdered 13 Yiddish writers and cultural activists.

Mainstream Jewish institutions like the AMIA (the Jewish community center) and DAIA, the umbrella organization of Argentina’s Jewish community, demanded that the IFT leadership distance itself from the antisemitic actions of the Soviet regime. When the IFT leaders refused to do so, a group of actors – my father, Zishe Galay, among them – decided to leave the ensemble until its leaders condemned the anti-Semitic and anti-Zionist campaigns coming out of Moscow.

Before this blew up, I loved entering the theater lobby and looking at the photos of my father and his fellow actors on the walls. But when the tensions erupted and caused a rupture between the theater leadership and those actors who couldn’t remain silent about the intolerable acts of the Soviet Union, my father found out that his portrait, along with the pictures of the other “traitors,” had been removed from the wall, leaving glaring gaps in its wake.

My father was extremely distressed by this, as were the other actors that had left the troupe. They apparently never imagined that the theater directors would react in this way. It was really like a divorce. A rupture. A banishment. And this tore at the hearts of the actors that had helped found the theater and had chosen to defend their national dignity against the leftism that was blindly following the Kremlin dictates.

When my father and his friends realized that there was no way back, they launched a magazine called “Clarity” under the direction of the Yiddish journalist Moyshe Floymboym [sp?], another disenchanted Leftist, in order to explain to the public why they felt that they had to break away from the IFT and take the uncertain path of independence. These same actors later established another theater called the NIFT (the National Jewish Folk Theater), as part of the Sholem Aleichem school, which was under the auspices of another left-leaning institution, the labor Zionist movement, Poale Zion.

After the break with the IFT, when I was a student in the Y .L. Peretz High School, located on the same street as the IFT, I would avoid passing by the theater, by crossing the street, even going around the block to avoid it.

I was doing it not only for what I felt was their “evil ways”, but because I was afraid one of its troupe members would spy me and denounce me as the son of “that traitor.” I admit, I was very proud of my father. He had brought whole cartons of the new magazine to our house on Gerónimo Salguero Street. I saw my father not only as t a popular and acclaimed actor, but also a fighter for justice and national honor. Together with his friends in the club he would mock the Leftists bitterly, calling them “bydlos,” the Russian word for cattle. (I never understood the meaning of the word until years later, while listening to Mussorgsky’s “Pictures at an Exhibition,” where one of the compositions is actually called “Bydlos.”)

For me this became a lesson for life. You can devote yourself wholeheartedly to your art. But there are certain red lines that can never be crossed. Years have passed since then. I still have fond memories of the IFT Theater, despite the tumult afterwards. But I can’t help thinking, what if we tell this chapter of our history to younger generations, will they understand? Will they hear us out till the end?