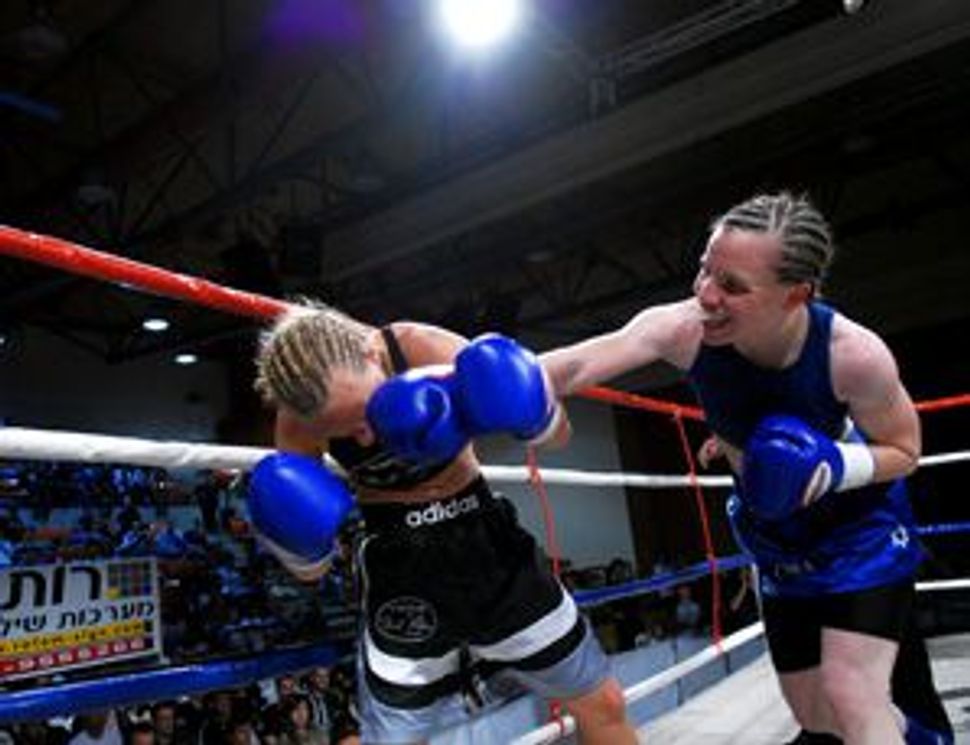 Later this month, Israel’s Hagar Finer will have what she calls “the biggest opportunity” of her professional boxing career. 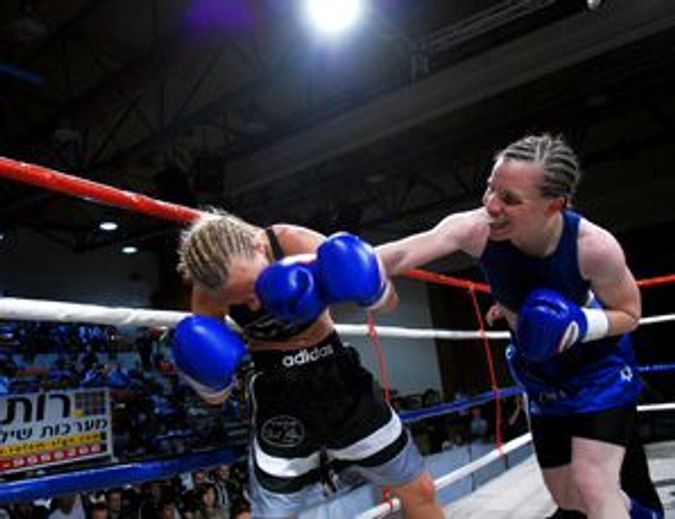 On November 30, the Tel Aviv native will vie for the Women’s International Boxing Federation flyweight world championship belt against Regina Halmich, one of Germany’s best female boxers and a former sparring partner of Finer’s.

Although the 23-year-old Finer has far less experience (14-4-3, 3 KOs) than her 30-year-old opponent, she been fighting most of her life — first in martial arts and then turning to professional boxing five years ago, after an undefeated karate career.

“It was the only one I could make a career of,” Finer said, explaining why she chose the sweet science over karate and Thai boxing.

Finer currently holds the WIBF intercontinental belt at 115 pounds, and she is a five-time Women’s International Boxing Association European champion.

To prepare for Halmich, the right-handed Finer has been training with Raanan Tal in Tel Aviv six days a week — including the Sabbath. “If we don’t,” Tal said, “we don’t have a chance.”

“It’s going to be a real fight,” Tal said. “My only worry is the scorecards. It’s very difficult to win in Germany — for everybody — unless it’s a knockout.”