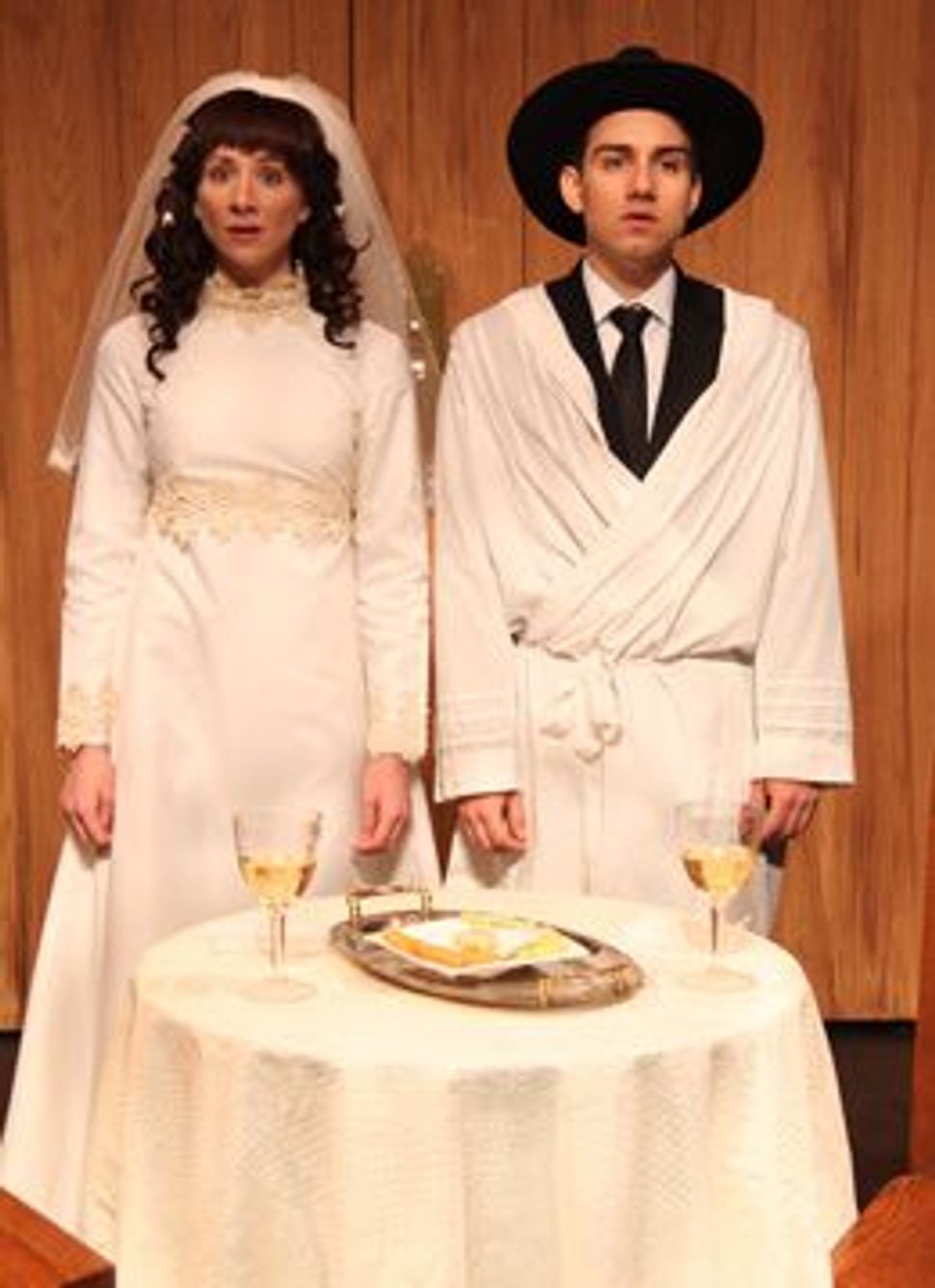 You won’t find Congregation Me’Ever Lechomos in a directory of Toronto’s Orthodox synagogues. That’s because the name’s an alias for downtown’s Theatre Passe Muraille, now convincingly dressed up as a synagogue for its latest production. 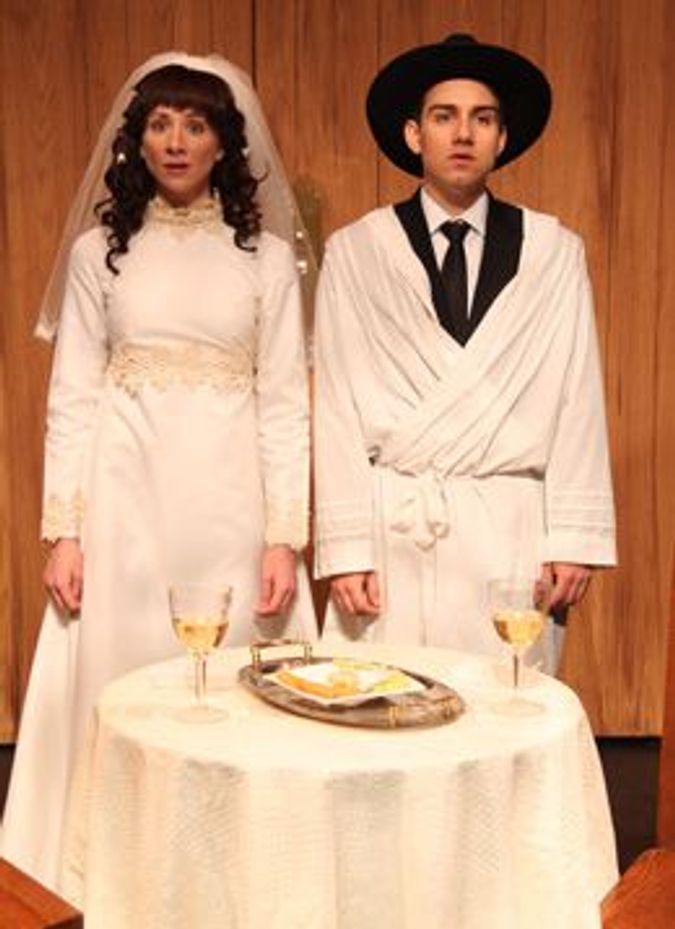 “Yichud” — the title refers to the room where Orthodox newlyweds enjoy their first private moments — depicts familial dramas swirling around a young couple’s wedding, from a nervous groom to his shiker, or drunkard, brother to a homophobic rebbe.

“It’s rare that Orthodox Jews get a voice onstage, at least in Canada,” said 30-year-old Julie Tepperman, the Toronto-based creator and star of “Yichud.” “We show Orthodox people as human beings, with flaws and desires. The play goes to some dark and honest places.”

A kind of frum “Tony and Tina’s Wedding,” the play also thrusts the audience into the festivities. A boisterous klezmer trio rocks out before each performance, as the cast — and a few brave spectators — dances in sex-segregated spaces.

“Our original vision for the show was to keep men and women separate in the audience, too, but we realized it was more provocative and beneficial to open it up,” Tepperman said. “But people take it very seriously. Women come up before the show and ask the bride for blessings.”

The much talked about set — really the entire building — bolsters the show’s authenticity, from fake stained glass to the basket of yarmulkes at the entrance. A synagogue “bulletin board” near the theater’s restrooms even congratulates nonexistent members on pregnancies and academic achievements (“Mazel tov Noam Cohen for becoming a full-fledged surgeon”).

“At least once a performance, someone says how amazing it is that the synagogue let us use the space,” Tepperman said. Though the play’s run ends on February 27, Tepperman is hoping to bring the show to New York next year. With the Actors Temple on West 47th Street in use as a theater since 2006, an off-Broadway run for “Yichud” doesn’t seem like such a stretch.