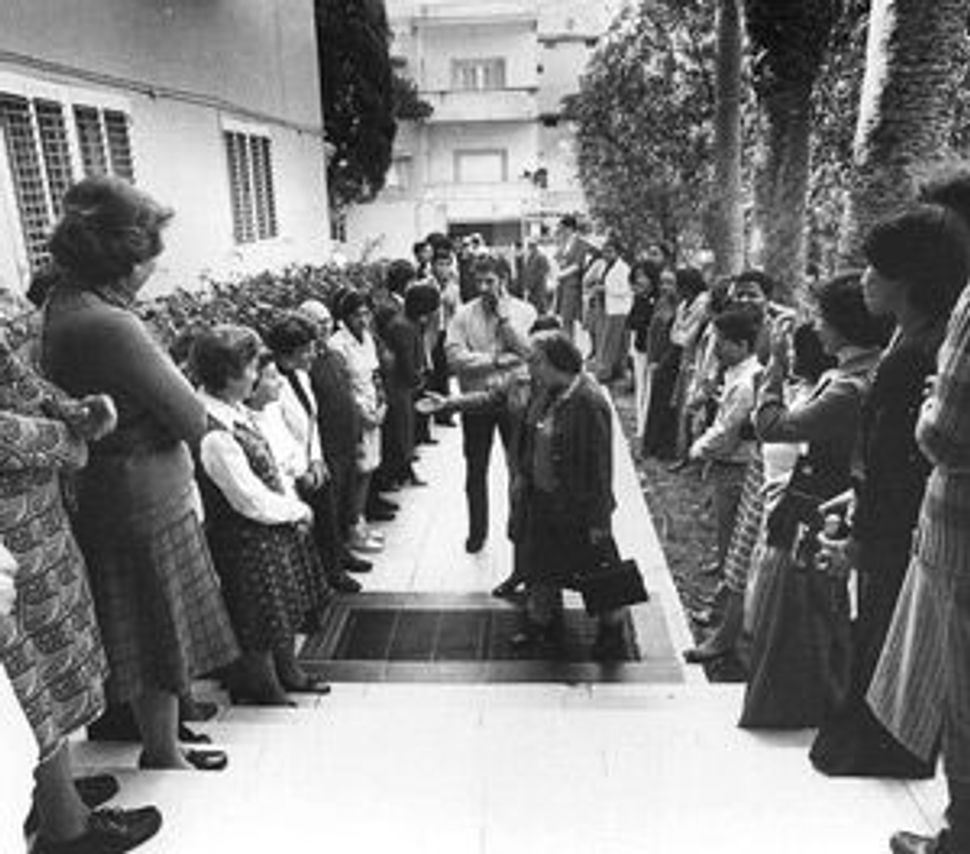 In Training: Participants in the NISPED program go on a field trip to a greenhouse in Israel. Image by COURTESY OF THE NEGEV INSTITUTE FOR STRATEGIES OF PEACE AND DEVELOPMENT

In 1958, Israel was a fledgling state barely able to provide for its own. It was beset on all sides by enemies threatening imminent attack and trying to cope with the absorption of hundreds of thousands of refugees. Nonetheless, that year it launched an ambitious initiative aimed at sharing its nation-building know-how with newly nascent countries in Africa and Asia that were gaining independence from colonial powers.

Yitzhak Abt, 78, then a young agronomist who recently made aliyah from South Africa, was among those who heeded the historic call.

“An idea was sprung by the government to take in people, agronomists and agriculturalists, from Africa, and I found myself involved in the first project, conducting a seminar on rural development for foreigners,” Abt recalled in a telephone interview with the Forward.

The program, which was carried out under the auspices of MASHAV, the Foreign Ministry’s newly created department for international cooperation, was a success. Soon, Israeli experts were hot commodities throughout the Third World. Abt, who went on to head the Ministry of Agriculture’s Centre for International Agricultural Development Cooperation, traveled far and wide, spreading Israeli innovations, such as drip irrigation, throughout the world. 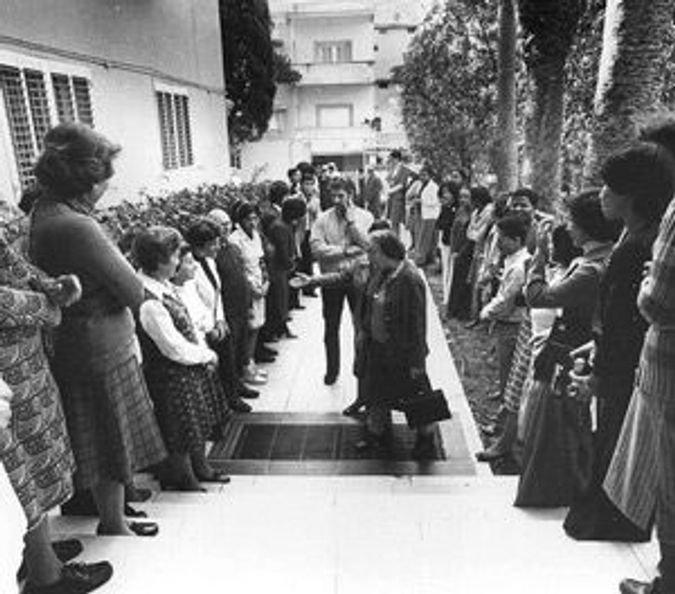 Of course, Israel’s initiative wasn’t completely selfless. It hoped that its outreach program would garner international support and help lessen its political isolation. But Israeli leaders like David Ben-Gurion and Golda Meir also believed that such projects were part of a moral imperative of Judaism to be a light upon other nations.

Some 50 years later, despite ups and downs in diplomatic relations between Israel and the developing world, that spirit lives on. Each year, hundreds of people come to Israel to partake in seminars aimed at alleviating poverty and increasing crop efficiency.

Since it opened in 1963, more than 5,000 people from around the developing world have graduated from the Weitz Center for Development Studies in Rehovot, according to Yossi Offer, the center’s director of training.

The Pears Foundation, a London-based charity founded by the Pears family in 1992, is another one of the organizations involved in finding ways of harnessing Israeli knowledge for the benefit of others around the globe. Each year, the foundation provides 12 scholarships to academics from developing countries to come to Israel and study either public health or plant sciences Jerusalem’s Hebrew University.

“We help promote Israel’s academic expertise to address the challenges of the developing world,” explained Charles Keidan, the foundation’s director. “Alumni networks support and monitor the extent of their future contributions, all of which are partly a result of their experience of living and working in Israel. This is good for the developing world and for Israel.”

Another organization in the field is the Negev Institute for Strategies of Peace and Development.

Rafi Goldman, director of international development at the 12-year-old organization, says that one of the reasons Israel has become a case study for a generation of countries that gained independence about the same time is its proven record in eliminating rural poverty. According to Goldman, Israel obtained that goal through three key factors: intelligent governmental investment in infrastructure; development and construction of shared resources for farmers, like food-processing centers, and development of nonagricultural sources of income.

“Take these three together, and you explain the Israeli rural experience, and there are people around the world who think this is relevant to them,” Goldman said. “You can’t replicate this, but you can adapt it. What NISPED does is help implement non-agricultural sources of income. We do training in Israel and abroad for officials from countries like Kenya, Uganda, South Africa, China and Haiti, and expose them to Israeli development.”

Faraway countries in Africa and Asia aren’t the only beneficiaries of Israel’s expertise in regional development. NISPED, for instance, also runs programs for Palestinian and Arab farmers from Jordan and Egypt. Another organization reaching out to Israel’s closest neighbors is the Peres Center for Peace, founded in 1996 by Israeli President Shimon Peres.

Oren Blonder, director of the Peres Center’s Agriculture, Water & Environment Department, is in charge of a project that teaches Palestinian farmers how to raise their income by growing cash crops, like strawberries.

“Farmers in the West Bank town of Qalqilya who used to make 5 shekels per kilo growing cucumbers now make 28 shekels per kilo growing strawberries,” Blonder said. “This has a trickle-down effect, which benefits not only the farmer and his family, but also the additional laborers he now has the money to employ and, eventually, their families and the economy at large, too.”

Blonder says that such projects alone cannot bring peace and need to part of a broader diplomatic process, but he said he believes they can create a better political atmosphere and an incentive for improved relations.

“When the time comes, these farmers, seeing the rewards of peace, will be the people pushing their government for normalization of relations with Israel,” he said.

While Israel’s aid to the developing world in the past has been considerable, its current contribution is only a fraction of what it used to be. Israel slashed its foreign aid budget drastically in 1973, when many of the beneficiaries of its assistance sided with the Arabs and severed ties with Jerusalem in protest of the Yom Kippur War. Nowadays, a large part of the work in the field is conducted by nongovernmental organizations that stepped in to fill the void left by the government, and whose operations are funded mostly by foreign and private money.

According to a joint study by Tel Aviv University and the Pears Foundation, Israel currently spends only 0.048% of its gross national income on overseas development assistance. That amount represents only 10% of the target rate for members of the Organisation for Economic Co-operation and Development, the group of developed nations that Israel hopes to join. In comparison, Turkey, Slovakia and Poland all spend more on foreign aid relative to their total income than Israel does.

Abt, who is now semi-retired, talks with pride about Israel’s past accomplishments, but says he would like to see the Israeli government increase its funds diverted toward foreign aid in the future.

“I grew up like anybody else in our synagogues, and to one of our prayers, ki mitzion teza Torah, which appears in the book of Isaiah, I added ki metzion tizeh technology,” he said. “The idea that we had something to offer in technology is the most important decision, because even today, Israel has the best to offer. In that respect, I’m proud, but on the other hand, now that we’re better established I think it’s a mistake we don’t offer more.”

Gil Shefler is a journalist living in Israel. His writing has appeared in Haaretz, Yediot Aharonot and on JTA’s Web site.