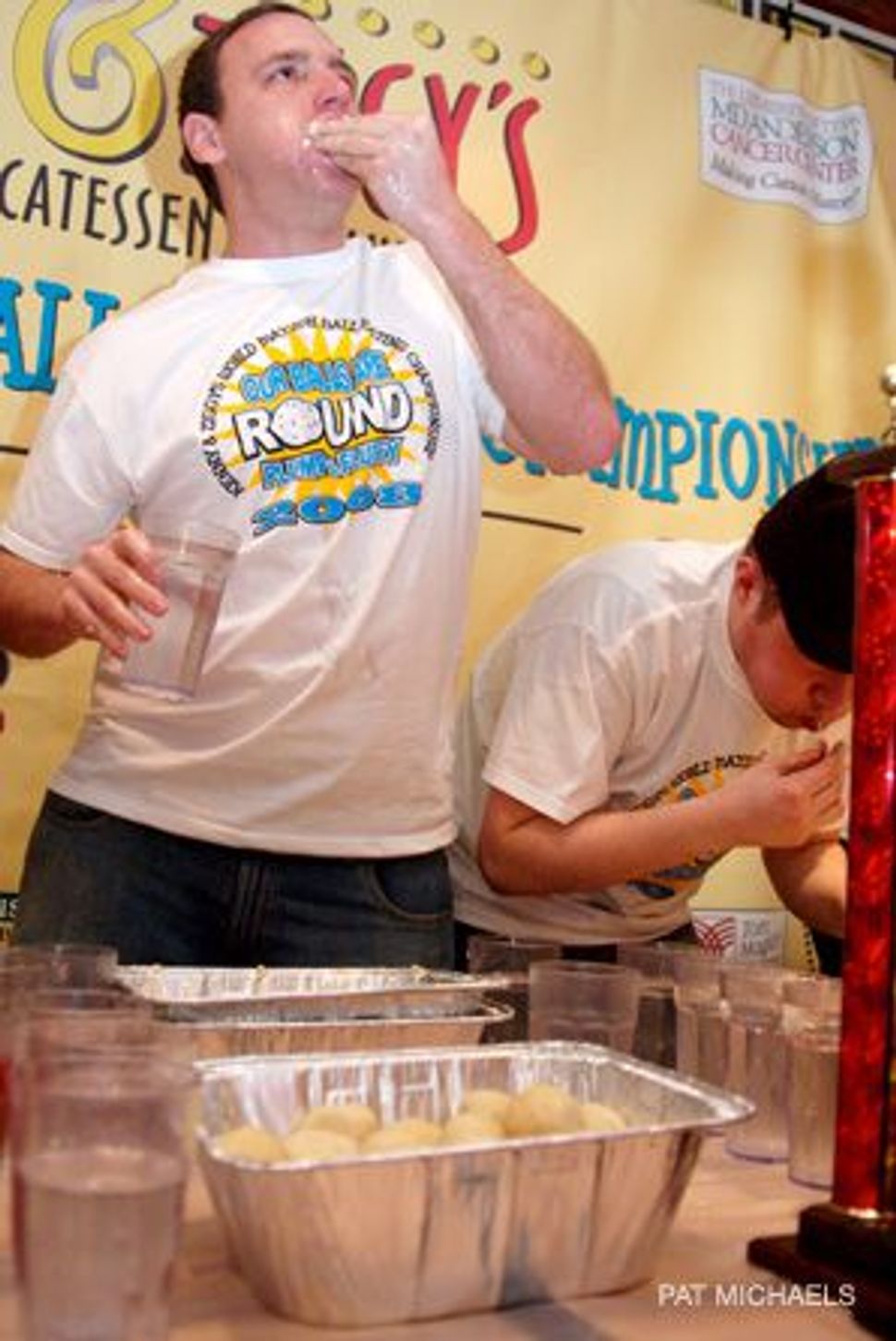 Has the world of competitive matzo ball eating moved south? The popular contest that was held for seven years straight at Ben’s deli in New York City came to an end in 2004, when Eric “Badlands” Booker claimed a victory. But now it seems that some people in Texas are ready to revive the tradition. 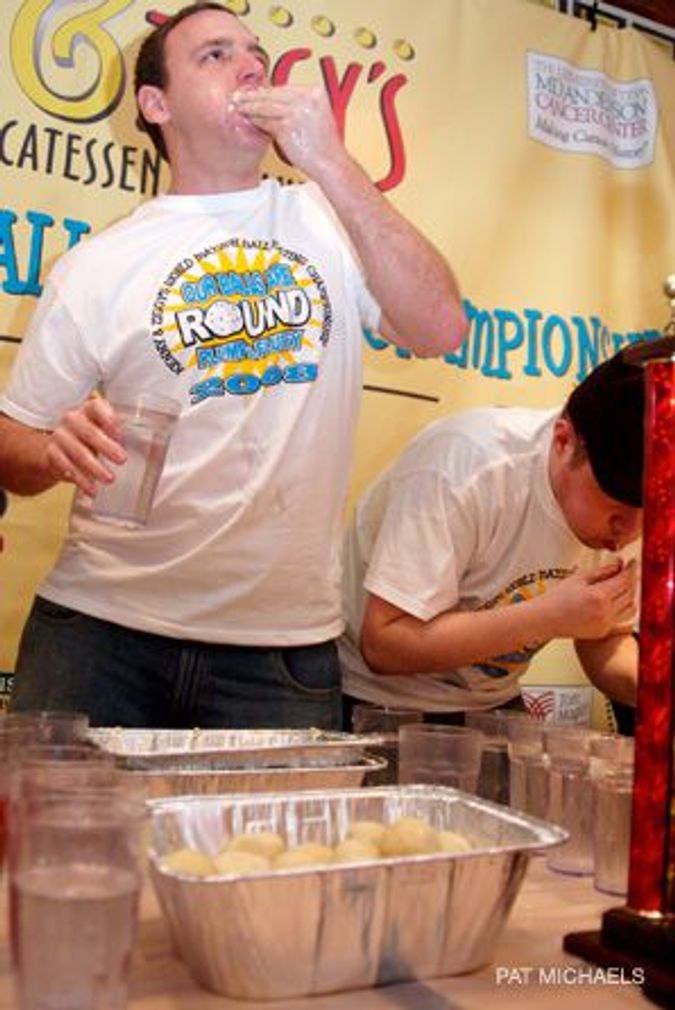 Chestnut, 24, didn’t have much experience with this particular staple of Jewish cuisine before he started training for the contest (he’s not Jewish). “I think I tried them once at a friend’s house, but other than that I’d never eaten them in mass quantity,” he told The Shmooze. “It turns out that I like them. I ate more than I thought I would.”
A California native, Chestnut made headlines last summer in an upset at the Famous Fourth of July International Hot Dog Eating Contest, held at Nathan’s in Brooklyn’s Coney Island, when he unseated the reigning champion, Takeru “Tsunami” Kobayashi of Japan.

As for New Yorkers still hoping for another matzo ball eating contest in the Big Apple, they might be better off planning a trip to the Lone Star State next year. Scott Singer, president of Ben’s, told The Shmooze that the company canceled its event because it was “no longer meeting our marketing objectives.”

The Houston contest was a charity event, and it had the official stamp of approval of the International Federation of Competitive Eating and Major League Eating.