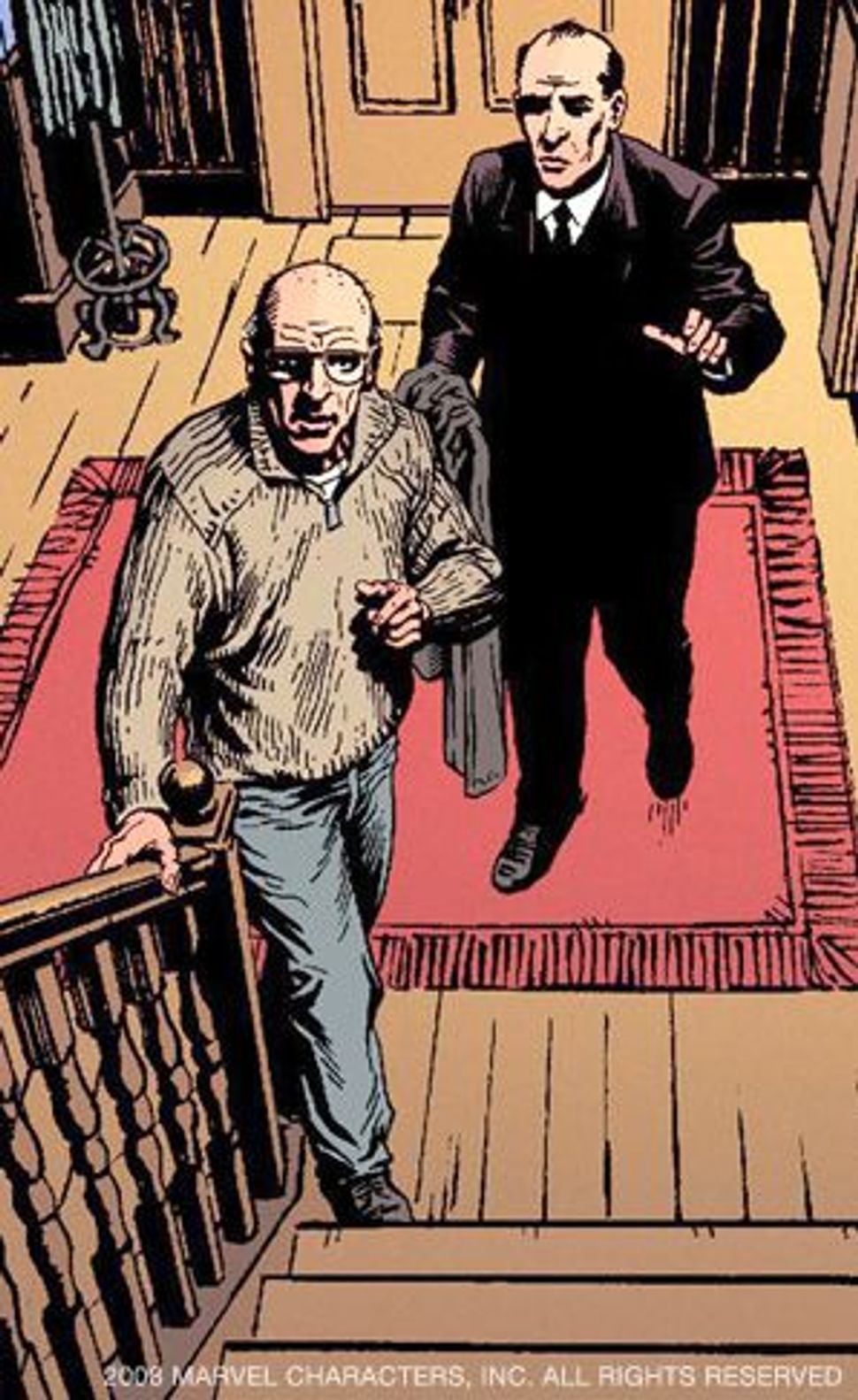 Back from the Dead: Mister E (aka Victor J. Goldstein) has an emotional confrontation with his son.

From The Fantastic Four’s Benjamin Jacob Grimm (aka The Thing) to the 1980s Magen Dovid-sporting mutant Kitty Pryde, Jewish superheroes have been all over the comic book medium. But have any of them kept their religion a secret identity as long as Mister E? Also known as Victor Jay, Mister E first made his appearance in the February 1940 issue of Daring Mystery Comics #2. 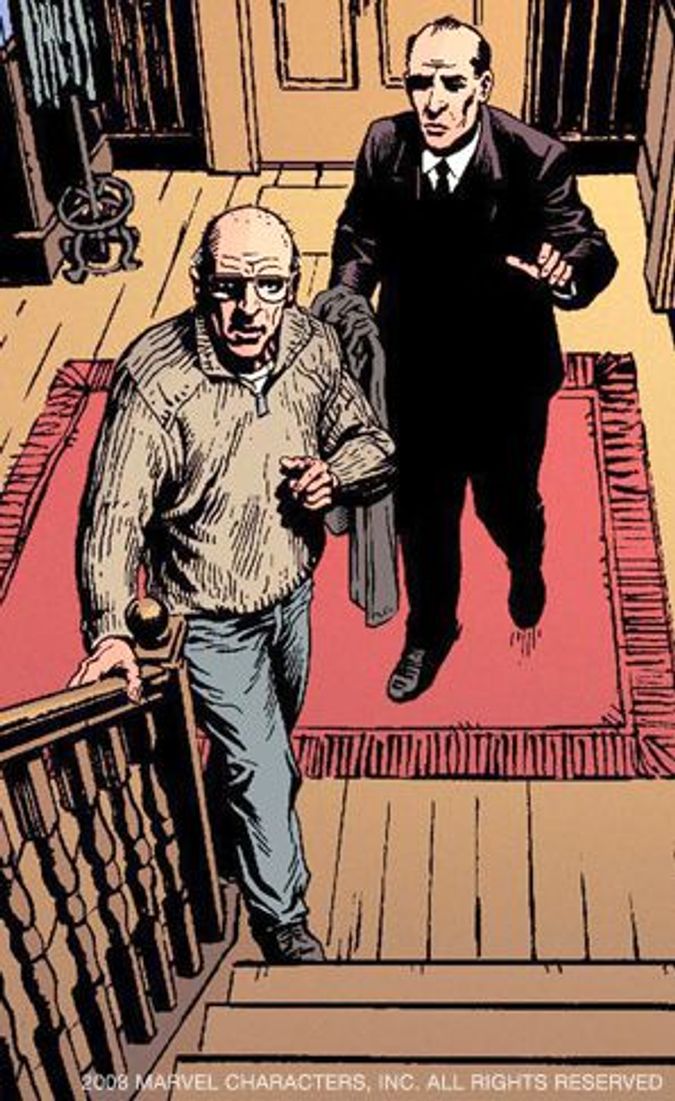 Back from the Dead: Mister E (aka Victor J. Goldstein) has an emotional confrontation with his son.

The vintage character seemed destined to remain a remnant of the golden age of comics when author J. Michael Straczynski revived him, and 11 of his World War II era compatriots, in this year’s monthly comic book series “The Twelve.” In issue number three, released earlier this month, Mister E returns to his now 68-year-old son and we discover that he was never Victor Jay at all. He was really Victor J. Goldstein. In an emotional confrontation, Mister E’s son accuses his post-cryogenic and much younger father of betraying his religion by changing his name “because they didn’t let Jews into the country club.” “This is a Jewish house. A proud Jewish house and you — don’t belong here,” his son says, clenching his fist.

Straczynski, who grew up in a Catholic home, has a tradition of writing Jewish characters. The “Babylon 5” creator claims that his 1990s television show had one of the first Jewish science fiction characters (the commander, Susan Ivanova), and he saw a similar dearth in the superhero genre. “Because many Jewish immigrants had to change their name and conceal their backgrounds in order to be accepted, this let me put a metaphor inside a metaphor,” Straczynski told The Shmooze.

Straczynski has big plans for Mister E. In “The Twelve,” the author wants to show the character’s “desire to fight the Nazis not only as an American but as a Jew,” and aims to follow Victor J. Goldstein’s attempts to reconcile with his family. It looks like now there’s another Jew fighting crime on the streets of the Marvel Universe.