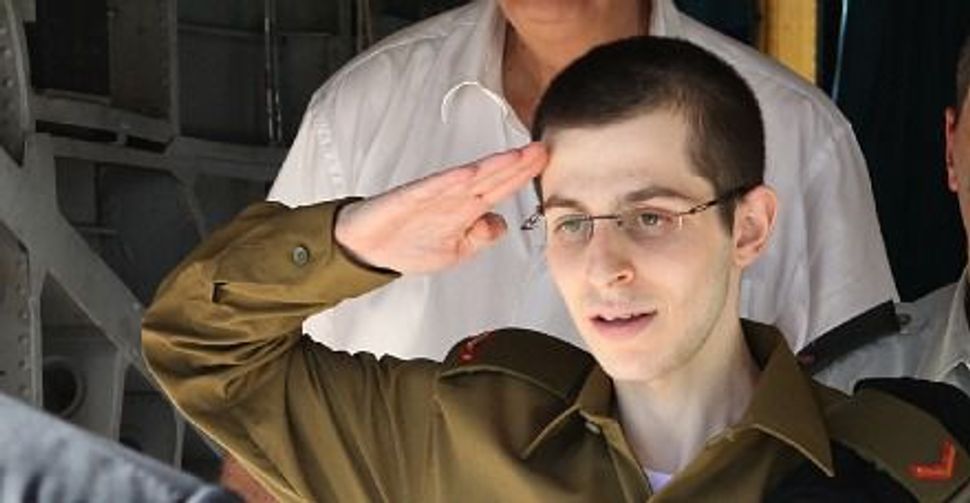 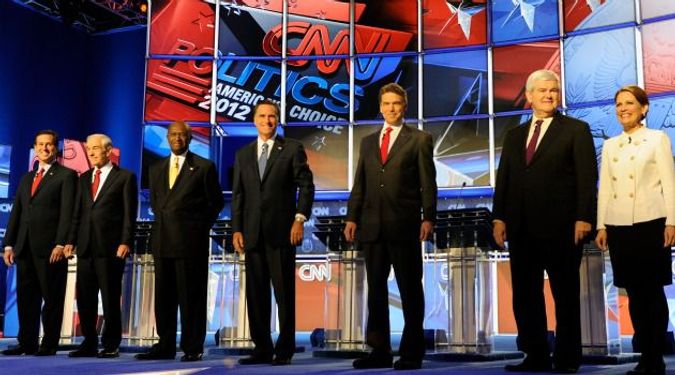 Moment of Disquiet: Republican candidates danced around questions about the Israeli decision to trade hundreds of Palestinian prisoners for Gilad Shalit?s freedom. The unease reflects the two countries? different approaches to negotiating with enemies. Image by getty images

It was an uncharacteristic moment of uncertainty — and a rare divergence from Israeli policy — when the usually emphatic Republican presidential candidates were asked how they would have handled Hamas’s demands for the release of Master Sgt. Gilad Shalit, the soldier for whom Israel traded 1,027 Palestinian prisoners, including some terrorists.

Clearly uncomfortable challenging Israel, even from the right, candidate Herman Cain tried to square this view with the actions taken by the Israeli government by saying he was “sure Prime Minister Benjamin Netanyahu had to consider a lot of things before he made that [decision.]”

It was a response that underlined a significant, and often studiously ignored, difference in the two countries’ political cultures. Though some Israelis criticized the deal that led to Shalit’s release, when he finally arrived home on October 18, crowds filled the streets in a spontaneous outpouring of joy.

Almost 30 years before, when President Reagan secured the release of seven civilians held hostage in Lebanon by the terrorist group Hezbollah, it was seen as a scandal because the release hinged on a deal involving Iran.

“There is no official [U.S.] doctrine, but there is a traditional position of not negotiating with terrorists,” said Michael Allen, a military historian from Northwestern University who had researched U.S. treatment of its POWs. Refusal to negotiate with the enemy, Allen added, “conforms with the wish of American people to see their leaders as being tough. Those who want to negotiate are seen as appeasing the enemy.”

In contrast, “Israeli society was completely consumed for years with the fate of this individual and put massive pressure on the government to reach a deal,” said Paul Springer, an expert on the issue of prisoners of war who teaches at the Air Command and Staff College in Montgomery, Ala. The U.S., he said, insists on returning its servicemen without negotiating directly with the captors. “The formal approach is that we do not give in, but we definitely do not abandon American personnel,” Springer said.

In Israel, Shalit’s return dominated the news and was seen as Netanyahu’s greatest achievement since taking office. According to public opinion polls, 79% of Israelis approved of the deal, despite the release of Palestinian convicted terrorists, while only 14% opposed the swap.

In Washington, however, reaction was mixed. President Obama and Secretary of State Hillary Rodham Clinton formally welcomed Shalit’s return to his home. But on the working level, U.S. officials expressed dismay with Israel’s approval of the mass release of terrorists.

Upon the authorized release of the list of prisoners included in the deal, State Department officials contacted Israeli diplomats to protest the inclusion of terrorists who carried out attacks against U.S. citizens in Israel.

“As a matter of principle, the United States opposes the release of individuals who have been convicted of crimes against Americans,” said State Department spokesman Mark Toner on the day of Shalit’s return.

Standing in stark contrast to Israel’s years-long national fascination with Shalit is the case of U.S. Army Sgt. Bowe Bergdahl. Captured in Afghanistan in 2009, Bergdahl is being held by a militant group affiliated with Al Qaida. Videotapes of Bergdahl in captivity, similar to the one produced by Hamas showing Shalit in prison, have been released periodically. But while the image of Shalit raised a public outcry and demands for his release among Israelis, in the United States little attention has been paid to the captive Bergdahl.

Ahmed Altaie, an American staff sergeant, was captured in Iraq in 2006 by a Shiite organization that demanded ransom for his return. The U.S. refused to negotiate and in 2010 the group claimed Altaie was killed, but no proof was provided.

In Vietnam, the United States resorted to military raids and private negotiations by civilian groups in attempts to obtain the release of American servicemen held captive instead of negotiating their release. At times the United States even unilaterally released Vietnamese POWs in the hope it would lead to a similar gesture by the other side — but they did not negotiate any such understanding.

According to a report prepared by the Congressional Research Service, the number of Americans held in captivity has declined dramatically, from more than 100,000 held during World War II, to thousands in Korea, hundreds in Vietnam, and only a handful in Iraq and Afghanistan.

In several cases, the United States chose to launch military attacks to try to release captured soldiers instead of negotiating. Such was the failed 1970 raid on Son Tay prison in Vietnam and the successful 2003 special forces raid in Iraq launched for the sole purpose of bringing back Jessica Lynch, a soldier who was thought to be in captivity but was, in fact, being treated in an Iraqi hospital.

According to Allen, staunch opposition to negotiating with the enemy over the release of captives dates back to the Indian Wars. “The racial differences made Americans become more interested in vengeance than in negotiations,” he said. In modern times, it was Reagan who formulated the policy of “no negotiations with terrorists,” which has been upheld, at least formally, ever since. But Reagan himself strayed from this policy in the Iran-Contra affair and other administrations have also reached out to terror groups at times.

“The U.S. has made a distinction between negotiating [with terror groups] and talking,” said Martha Crenshaw, professor of political science at Stanford University. “The principle is that you don’t negotiate but talk when there is a need for it.”

Crenshaw, an expert on terrorism, added that taking a tough stance on negotiating with terror groups crosses party boundaries and does not have a partisan political aspect.

American Jewish groups — torn between their relief at seeing Shalit reunite with his family and their concern about the price paid by Israel and the precedent set — are no less affected by this aspect of American political culture than other actors. The Conference of Presidents of Major American Jewish Organizations sent out talking points to member groups in which it chose to highlight a quote from Israeli Cabinet minister Moshe Yaalon, a hardliner, who said during the debate over the deal: “My heart says yes, but my head says no.”

But for all the strength of this American resistance to negotiating with terrorists, Springer said a future deal for Bergdahl could not be ruled out. “I can definitely see the U.S. government engaging in some kind of exchange,” he said. “If we will really believe we can get our man back, we will do it in a heartbeat.”