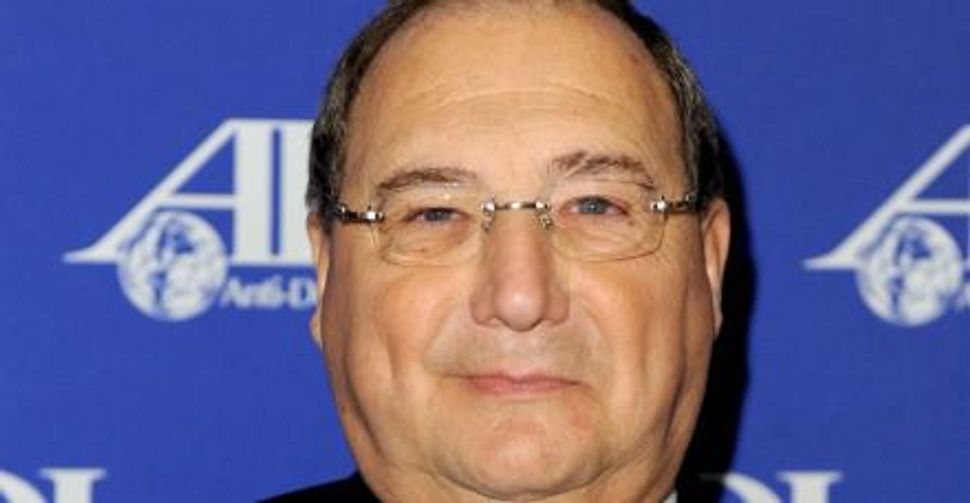 In what could be seen as closing the barn doors after the horses have bolted, two major Jewish organizations are calling on Democrats and Republicans to dial down partisan attacks on each other over Israel in the upcoming election cycle.

So far, the American Jewish Committee and the Anti-Defamation League’s call for a pledge to maintain bipartisanship on Israel has led to only a new argument between Democrats and Republicans — this one on whether they are allowed to argue over issues relating to Israel.

With a year to go until the presidential elections, Israel is already a wedge issue. Republicans, in speeches and televised debates, have consistently questioned President Obama’s relations with Israel, claiming that the president is less than supportive toward the Jewish state. Democrats have responded with quotes from Israeli leaders praising Obama’s understanding of Israel’s security needs.

“This story of Israel as a bipartisan issue is long over,” said Yoram Peri, director of the Joseph and Alma Gildenhorn Institute for Israel Studies at the University of Maryland. According to Peri, the partisan bickering over American policy toward Israel is a result of both a shift in views of the American public and a sense among Republican candidates that they have identified Obama’s vulnerability on the issue of Israel.

The idea of a bipartisan pledge on Israel united leaders of two of America’s largest Jewish organizations: the Anti-Defamation League and the American Jewish Committee. The National Pledge for Unity on Israel states that “America’s friendship with Israel is an emotional, moral and strategic bond that has always transcended politics” and that this “broad bipartisan backing has been vital to America’s interests and to Israel’s security throughout decades of war and a constant struggle for survival.”

In a public statement, AJC Executive Director David Harris said that “one thing candidates for high office, and people of all political stripes, can agree on is the importance of the long tradition of bipartisan support for our friend and ally, Israel.”

The pledge authors took special care to refrain from pointing at one side or the other, or from being seen as wishing to muzzle political activists. Abraham Foxman, the ADL’s national director, told the Forward that the debate over Israel should be measured.

“I’m not saying Israel should remain outside the debate, but it shouldn’t be a wedge issue,” he said. “Our statement is an expression of the feeling that Israel is turning into a wedge issue, and in the long run this will be harmful.”

But Republican-leaning groups, such as the Emergency Committee for Israel, viewed the nuanced language as no more than an attempt to shut them up.

“Here’s the Emergency Committee for Israel’s answer to Directors Abe Foxman and David Harris: You must be kidding,” read a harsh statement issued by ECI Chairman William Kristol on October 24. “Directors Harris and Foxman need a refresher course on the virtues of free speech and robust debate in a democracy. Their effort to stifle discussion and debate is unworthy of the best traditions of America, and of Israel.”

ECI has emerged as one of the most vocal critics of the Obama administration’s Middle East policies. During the 2010 midterm election cycle, the group took direct aim at Democratic candidates who expressed liberal or dovish positions on Israel. A New York Times article focusing on political ads in the Pennsylvania Senate race that year examined an ECI ad claiming that Democratic candidate Joe Sestak had “raised money for an anti-Israel organization the FBI called a front group for Hamas.” The Times found this and other claims in the ad untrue or distorted.

More recently, in a TV ad aired during a special election for the vacant congressional seat in New York’s 9th District, ECI stated: “It seems everyone agrees — President Obama is not pro-Israel.”

Matt Brooks, executive director of the Republican Jewish Coalition, also criticized the joint AJC-ADL proposed pledge as “undemocratic.” Brooks said that American people “cherish rigorous and open debate” and therefore, “to read this gag order on Israel is a nonstarter for us.” Brooks added that his group is not questioning the bipartisan support for Israel, but “this does not mean we cannot have issues with an individual Democrat or Republican on this issue.”

Jewish Democrats, on the other hand, were quick to embrace the proposed pledge. “We will gladly sign the pledge, and we encourage other organizations to do likewise,” said David Harris, president and CEO of the National Jewish Democratic Council. Harris argued that his group had deliberately avoided throughout the years attacking Republicans on issues relating to Israel because it believed such attacks could be harmful to Israel. “Republicans and Democrats,” he added, “should court the Jewish vote by touting their bona fides, not by misrepresenting the other side.”

The notion of maintaining Israel as a bipartisan issue has been one of the foundations of pro-Israel lobbying in Washington. While many domestic issues, from gun control to health care, have been closely associated with one party or another, support for Israel has has long been seen as enjoying wall-to-wall support from both sides of the political aisle. Votes on resolutions dealing with Israel traditionally receive overwhelming support in Congress. American foreign aid to Israel, even during times of budgetary austerity, is always easily approved by a large majority in both chambers.

“There is absolutely no doubt that both in Congress and in the executive branch there is a general sense of bipartisanship when it comes to Israel,” said Bryan Daves, assistant professor of political science at Yeshiva University.

It is this sense of broad cooperation on Israel that the Jewish groups fear may be corroded in an atmosphere of increasingly venomous partisanship.

Israeli officials have also made clear that they want Israel to remain a bipartisan issue. And the American Israel Public Affairs Committee, Israel’s strongest advocacy group in Washington, makes an effort to enlist both Democrats and Republicans to its board in order to maintain its bipartisan appeal. “After the elections are over, Jewish organizations and pro-Israel lobbying organizations need to work with whichever administration is in office, and that is why good relations with both parties are an important asset,” Daves said.

But while support for Israel crosses party lines in the upper echelons, the picture on the grassroots level is becoming increasingly partisan. Polls conducted in the past two years by Gallup and by Zogby International have found a growing gap between rank-and-file Democrats and Republicans in support for Israel. While Republican voters are growing increasingly pro-Israel, fewer Democratic voters say they hold favorable views toward the Jewish state. Younger Democrats are notably more critical of Israel.

Peri believes that this growing rift within the grassroots is what makes the campaign debate over Israel even more dangerous for the Jewish state. “In the long run, it will alienate the younger generation and the Democrats,” he said. “Israel benefited in the past from being a bipartisan issue. Being identified with the right wing of the American political map is unhealthy.”

But former AIPAC spokesman Josh Block said the blame should fall not only on Republicans, but also on “hard-left” Democrats who refused to seriously discuss Republican concerns regarding Obama’s policy on Israel. These concerns, Block said, “are not partisan views, but substantive and often shared by the majority of Americans who are pro-Israel, Democrat and Republican alike.”