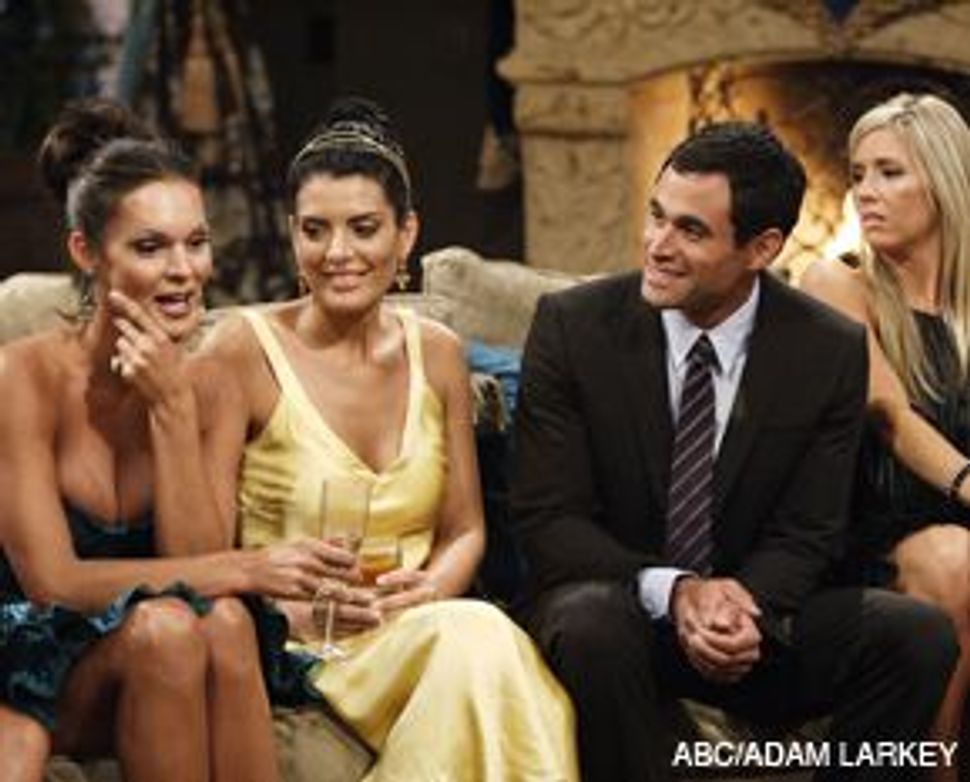 GOOD CATCH: Jason Mesnick, with (from left) Stephanie, Raquel and Natalie, is the first Jewish bachelor on the reality TV show.

Vying for the affection of heartthrob Jason Mesnick, the 25 lady singletons on ABC’s “The Bachelor” went to great lengths to get his attention on the show’s January 5 season premiere. Raquel busted out salsa steps, but Molly cut in. Stacia, Renee and Stephanie played the single mom card, empathizing with the difficulties Mesnick faces in raising a young son alone. Kari read her cringe-inducing poem, “Is There Such Thing as Love at First Sight?” while Shannon eerily flashed her veneers. The husband-hungry gals certainly studied up on their man’s likes and dislikes, with one fan going so far as to recite Mesnick’s MySpace page verbatim (not stalker-ish at all!). But none of the women thought to appeal to Mesnick’s spiritual side — his Jewish roots. The Cleveland-born hunk, who is the show’s first Jewish bachelor, became a man at age 13 and celebrates the High Holy Days with his family. But he has claimed that religion does not inform his relationship decisions. 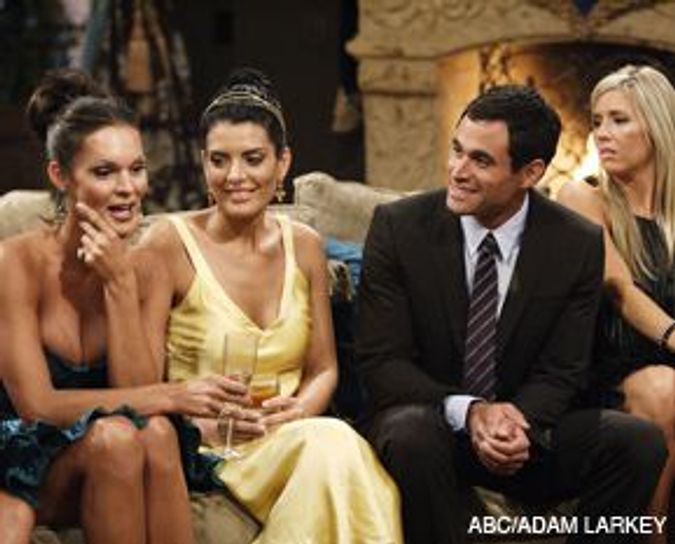 GOOD CATCH: Jason Mesnick, with (from left) Stephanie, Raquel and Natalie, is the first Jewish bachelor on the reality TV show.

Mesnick recently spilled the beans that the show ends happily: He’s now engaged to one of its 15 contestants, and The Shmooze suspects that there might be some Jewish elements sprinkled into the nuptials. When Mesnick married his first wife, Hilary, the officiator incorporated traditions of the tribe into the ceremony. The identity of Mesnick’s betrothed is being kept under tight wraps by the producers of “The Bachelor,” but our bets are on Jillian, because — really — what nice Jewish boy would reject a girl who insists on cooking food for him the first time they meet?