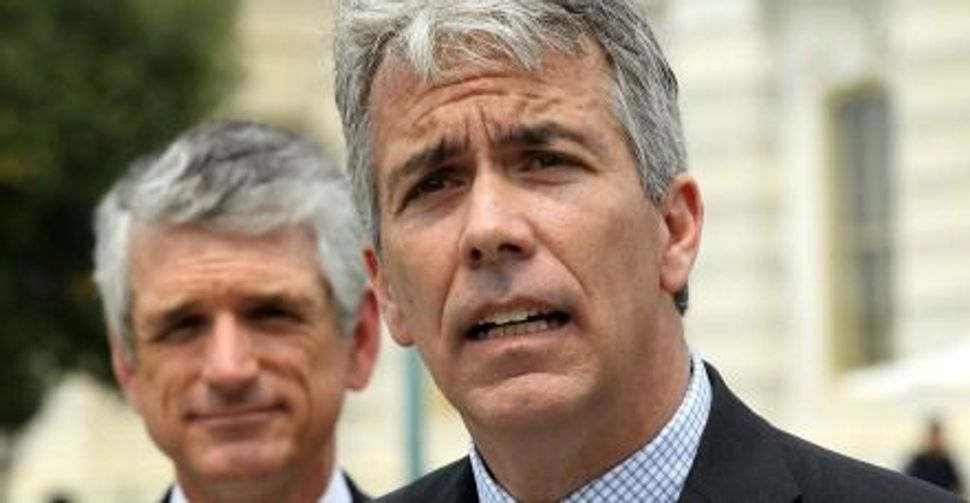 There are few Jews living in Illinois’s 8th Congressional District. But Israel and the proposed two-state solution to its conflict with the Palestinians are front and center in the heated congressional race there. 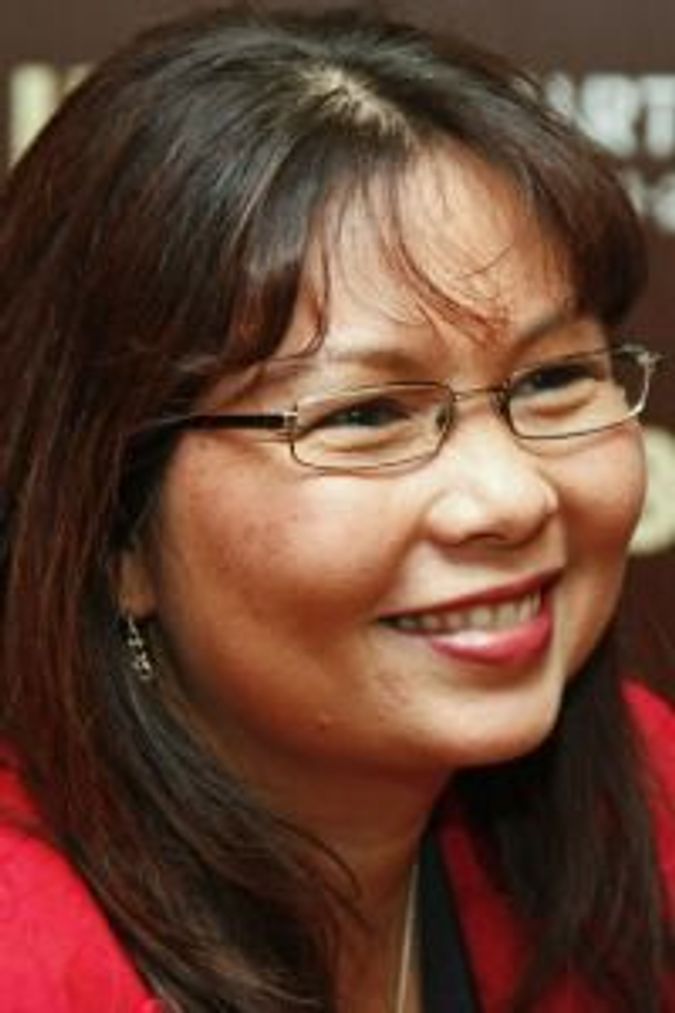 To the surprise of many, the race between incumbent Republican Joe Walsh and Democrat Tammy Duckworth has become a battleground for supporters and opponents of the two-state solution. As the race sharpens, advocates for both sides are adding their dollars to the war chests of the two candidates.

On the Republican side, Congressman Walsh, known for his close ties with the Tea Party movement, is the only sitting member of Congress to openly call for a one-state solution, in which Israel will rule the entire occupied West Bank and Gaza, and the area’s approximately 4 million Palestinians will have only “limited voting power.”

“Everyone who continues to cling to the delusion of a two-state solution is insane,” Walsh declared in an opinion piece he wrote for The Washington Times in May. “There is no such thing as a two-state solution. It cannot work, it has not worked, and it will not work.”

Duckworth, a decorated combat pilot who lost both her legs and partial use of an arm during the Iraq war, supports the consensus upheld by Israel and by the organized pro-Israel Jewish community in America, from the establishment American Israel Public Affairs Committee to the upstart dovish lobby J Street: 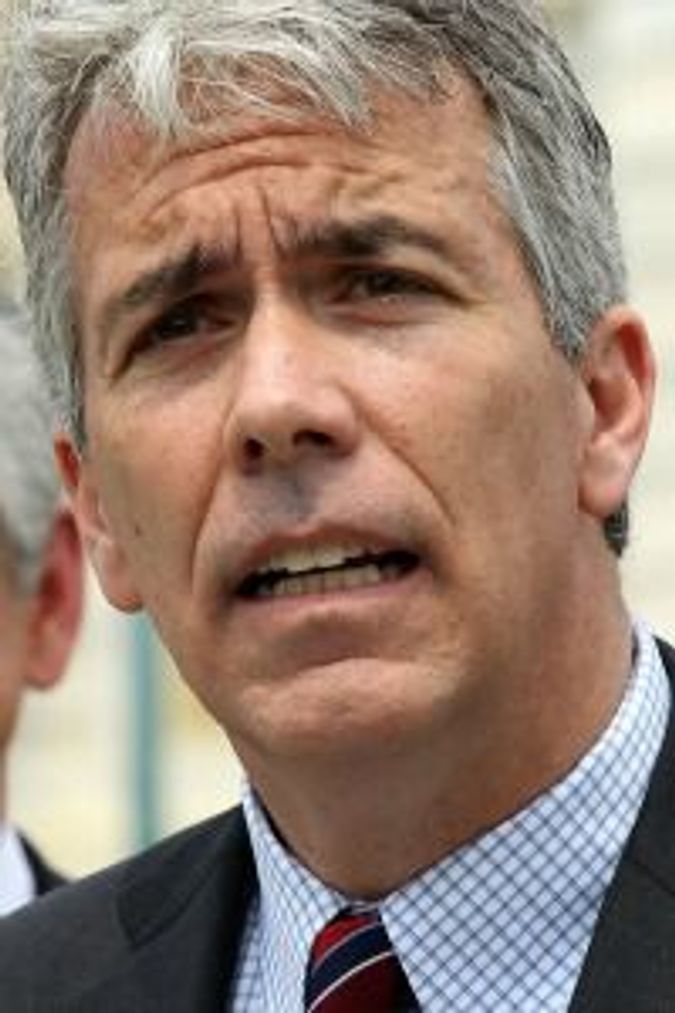 Despite Walsh’s repeated attacks on this pro-Israel consensus, mainstream pro-Israel political action committees have largely stayed out of the Walsh-Duckworth race, even as advocates to their right and left have taken sides.

The battle is shaping up to be one of the most watched races in this election cycle — and not just, or even primarily, because of Israel. Walsh’s combative rhetoric and outspoken views and Duckworth’s status as a war hero have made this race a vivid confrontation.

On July 2, Walsh accused Duckworth of overplaying her war sacrifice in the race. “That is darn near all of what Tammy Duckworth talks about,” Walsh said then in a statement to the website Talking Points Memo, adding, “Her service demands our thanks and our respect but not our vote.”

Duckworth defended her discussion of her service as part of her campaign. More broadly, she urged recent veterans in general to talk about their war experiences “more than the veterans of the Vietnam generation did.” At the same time, she rebutted Walsh’s contention that she was not talking about the broad range of issues facing voters in the coming election.

Democrats believe Duckworth, 44, has a good chance to unseat Walsh and are devoting significant resources to the race. A daughter of a U.S. military father and a Thai mother, Duckworth grew up in Southeast Asia and in Hawaii. After her injury in Iraq she served as director of the Illinois Department of Veteran Affairs. In 2009 President Obama appointed Duckworth to be assistant secretary for public and intergovernmental affairs at the Department of Veterans Affairs.

Walsh, 50, was elected by a narrow margin in 2010 after failing once before, in 1996, to win a congressional seat. A rising GOP star, Walsh serves on the House Homeland Security Committee’s counterterrorism and intelligence panel, considered a key spot for a freshman congressman. Before entering politics Walsh, one of nine children who grew up in the Chicago suburbs, worked with disadvantaged youth and ran a privately funded voucher program that gives high school scholarships to low-income Chicago eighth graders.

A victory for the Democrats in this race would not only advance their fight to win back the House of Representatives but also deliver a blow to one of the symbols of the Republican Tea Party ideology that swept Congress in the 2010 elections.

In their clashes over the Middle East, the two candidates have thus far proven worthy of all the national attention they are getting.

“We need to give up on this dangerous and delusional myth of two states,” Walsh said in a June 29 interview with the Forward. “It is impossible to have two states as long as one neighbor hates the other and does not recognize his right to exist.”

Walsh has also taken strong stances on other issues affecting the region. Following the recent victory of the Muslim Brotherhood candidate Mohamed Morsi in the Egyptian presidential race, Walsh called on the administration to cut all foreign aid to Egypt until the new leader clarifies his views on the Camp David peace accords between Egypt and Israel.

Duckworth, in an interview with the Forward, criticized Walsh’s views on the Israeli-Palestinian conflict, saying she could not see how a one-state solution “helps Israel or helps Israel reach peace.” She added that all Israeli leaders had expressed their support for a solution in which two states, a Jewish Israel and a Palestinian one, live peacefully side by side.

The two candidates have also sparred over the issue of Iran, with Walsh accusing President Obama of being weak and “emboldening the enemies of Israel and of the United States.” Duckworth responds that a credible military option should be on the table, but America should not rush to war. “Sometimes it is easy for politicians like Walsh to volunteer other people’s children to go to wars,” she told the Forward, noting that members of her family have served in the military in every conflict since the Revolutionary War.

The tough battle over Middle East politics has attracted some notable Jewish donors, even as the establishment pro-Israel PACs have steered clear.

Walsh, according to federal filings for this election cycle, has received $2,500 in donations from the Allies for Israel PAC, a pro-Israel campaign finance committee considered to be right-of-center. Its key contributor is Cherna Moskowitz, wife of casino operator Irving Moskowitz, who has bankrolled the purchase of Arab homes in East Jerusalem for resettlement by Jewish Israelis. Other donors to the PAC include Republican activists Cheryl Halpern, a former chairman of the Republican Jewish Coalition, and Richard Schifter, who served as assistant secretary of state for human rights in the administrations of Ronald Reagan and George H.W. Bush. Cherna and Irving Moskowitz have also contributed a combined $5,000 to Walsh’s campaign as individuals.

Though not listed formally as a pro-Israel PAC, the Miami based American Principles PAC, which donated $1,000 to Walsh, includes members of the Falic family in Florida among its donors. Members of this family were among the top donors to Israeli Prime Minister Benjamin Netanyahu’s Likud Party primary campaign earlier this year.

Duckworth is being backed by J Street PAC, the political fundraising arm associated with the dovish lobby J Street. In the second quarter of 2012 the PAC raised $58,000 for Duckworth out of a total of more than $1 million the PAC raised for all the candidates it endorsed.

“We love to stand up for people who support two states,” said Dan Kilik, director of J Street PAC. “Walsh,” he added, “is one of the worst candidates on our issues.”

The PAC’s support for Duckworth has itself become an in the campaign. “J Street,” Walsh told the Forward, is “anti-Israel and anti-Semitic” and “a group of loony people from the far left” backed by George Soros, the liberal hedge fund billionaire. “Taking even one dollar from J Street is saying you are anti-Israel,” he said.

Jeremy Ben-Ami, J Street’s president, rejoined that “pro-Israel Americans need and deserve better leaders than Joe Walsh, ones who will stand up for their belief that the United States best serves both our historic friendship with Israel and our own national security interests when it is actively working to advance a two-state solution.”

Illinois’s 8th Congressional district includes the northern suburbs of Chicago, but skips most of the areas with large Jewish populations. In 2008 the district voted for Obama by a large margin. Cook’s Political Report, a nonpartisan publication that closely tracks congressional races, currently predicts that Walsh will lose his seat, listing the district as “likely Democratic” by a five-point margin.

“I don’t have a heavy Jewish population but I do have a heavy Christian evangelical population and they are more pro-Israel than the average Jewish American,” Walsh said of his district. Duckworth argued that the issue of Israel is not at the top of the minds of voters, who, she said, are concerned more about jobs and healthcare.

“Israel is not a main issue, but it is part of a narrative of a person like Walsh who speaks first and thinks later,” said Duckworth.