Real Winner in Gaza War? Could Be Hamas. 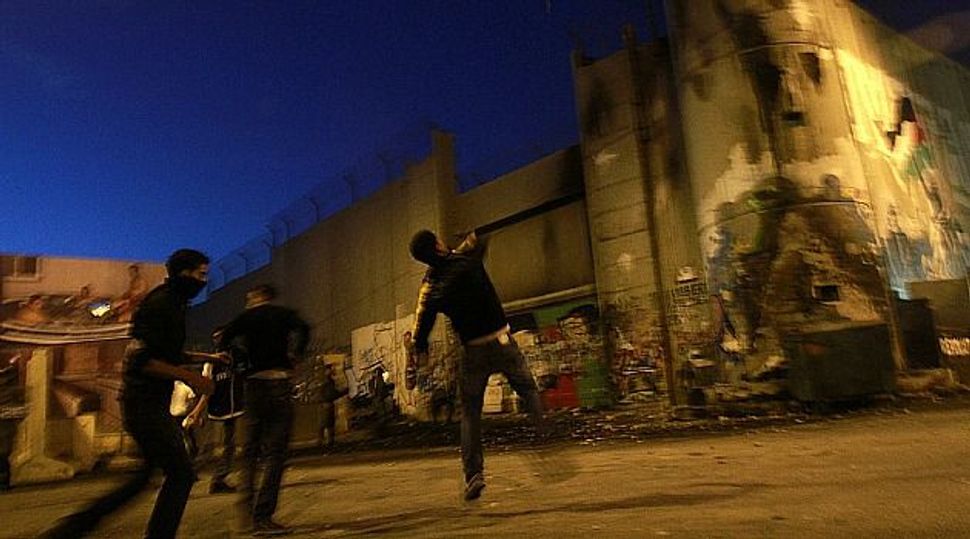 The Real Winners: Palestinians are bearing the brunt of the confrontation in Gaza. Yet paradoxically, public opinion is likely to sharply back Hamas. Image by getty images

As Israel bombed Palestinian militant targets in the Gaza Strip for a fifth day, Ali Al-Ahmed took to the streets of Gaza city in his pyjamas on Sunday to buy eggs and chocolate for his three children.

“Terrifying, that’s how it feels,” he said.

“But they are also terrorised on the other side of the border,” he added approvingly. “To be honest, I thought Hamas had forgotten about fighting Israel. I was wrong.”

That will be music to the ears of the Islamist movement that rules the blockaded sliver of land where 1.7 million people have been cooped up since 2007 when the Hamas government, hostile to Israel, took charge.

In an earlier clash, the three-week winter war of 2008-2009, many Palestinian rivals blamed Hamas’s rocket-firing bravado for bringing Israel’s military might down on Gaza.

That war ended with over 1,400 Palestinians in early graves and a territory scarred by bombing, shelling and invasion. Israel lost 13 lives in the lopsided battle, and Hamas licked its wounds.

This time is different. The Arab Spring has changed the Middle East, and Hamas has more powerful weapons.

Many Facebook pages express undisguised glee at Israelis scuttling for cover, and two singers from the West Bank have made a YouTube hit, “Strike Tel Aviv”, praising Hamas and others for firing rockets that can threaten Tel Aviv and Jerusalem for the first time.

Hamas also scored a diplomatic hit, with solidarity visits last week by the foreign ministers of Egypt and Tunisia while its positions were under attack.

Both countries were ruled by Western-backed autocrats last time Gaza was invaded, but popular uprisings have since swept them aside, and Islamists now dominate in Cairo and Tunis, representing masses who back their fellow Sunni Islamists, Hamas.

“Today we raise our hats to Hamas,” said Talal Okal, a Gaza political analyst normally critical of the movement. “They look organised, aware of what they’re doing and ready to pay the price to achieve their agenda. Ordinary people can only admire them today.”

“Israel is no longer able to predict what Arab leaders might do if a ground offensive takes place, certainly not what Egypt’s President Mohammed Mursi could do under pressure from the Muslim Brotherhood and other Islamist and secular parties.

“Maybe Israel does not care much, but its American and European allies do. They care for their own interests in the Middle East, the new Middle East,” Okal said.

Though the long-range rockets fired at Tel Aviv have not caused any casualties or damage – thanks largely to Israel’s Iron Dome interceptor shield – Hamas is content to see Israelis running for cover in a city that was once immune to such attack.

They claim to have shot down an Israeli F-16 fighter, and mock Israel’s “Paper Dome” as a failure. Both claims are outlandish, but they go down well with those eager to believe them.

This is still asymmetric warfare with asymmetric rules and results. Since it erupted last Wednesday, three Israelis have been killed, but 65 Palestinians are dead, most of them civilians. Yet the Islamists believe they are winning an important round in the battle for world public opinion.

Israel says its goal is to defang the militants by destroying their rocket stockpile. It accuses Hamas of hiding behind civilians, implanting weapons in schools and apartment blocks.

Even Palestinian President Mahmoud Abbas – a figure of ridicule for Hamas because he recognises Israel and has renounced violence – has called its leaders to express his solidarity and readiness to do his utmost to bring an end to Israeli military action.

Abbas is the leader of the Palestinian national movement and, for now, the embodiment of its aspirations of statehood. But he is put squarely in the shade by the Hamas spectacular in Gaza.

Shops and schools remain closed, but the few who are on the streets celebrate every time they hear the distinctive roar of the long-range rockets that could be heading to Tel Aviv.

“If we endured 22 days in the past war, we are today more ready to keep up for longer, and their soldiers will not,” said Abu Ubaida, spokesman of the Hamas armed wing Izz el-Deen Al-Qassam Brigades.

“This round of confrontation will not be the last against the Zionist enemy,” he said. Israeli claims to have badly damaged the military capability of the Qassam Brigades were “lies, propaganda and have no grain of truth”.

Hamas spokesman Sami Abu Zuhri said the movement’s members were “proud of our resistance and high-profile capability and a performance which surprised the enemy and struck deep”.

Still ahead, however, is the threat of another Israeli invasion, as in early January 2009. Hamas has no armour, no tanks. But it does now have some modern anti-tank missiles, and Hamas says it will surprise the Israeli army if it enters.

And even if the ground invasion comes, Palestinians sense that it will achieve nothing lasting for the Israelis.

“Hundreds of civilians may be killed if the Israelis invade,” says Ali Al-Ahmed. “But once they leave, rockets will follow them home, so they would fail.”

Real Winner in Gaza War? Could Be Hamas.