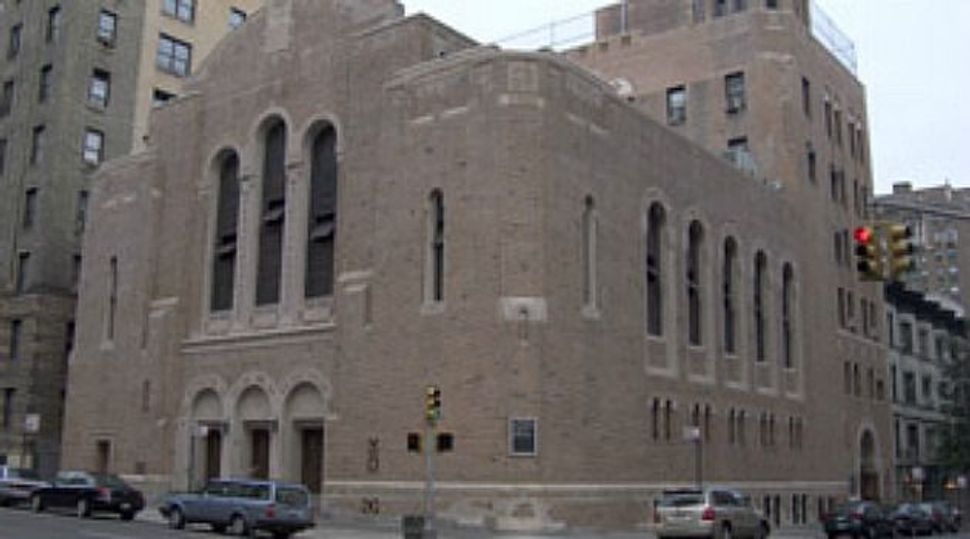 Image by courtesy of ansche chesed

A panel discussion on whether Israel is a democracy has been moved from one Manhattan synagogue to another, following an objection to the event from the first synagogue’s rabbi.

The event will include Rebecca Vilkomerson, executive director of Jewish Voice for Peace, which supports the BDS movement. Speakers included Forward columnist J.J. Goldberg, who is not a BDS supporter.

The controversy over the panel, first reported on the blog Open Zion, is the latest in a series of recent disputes over whether discussion of the movement to impose boycotts, divestment and sanctions on Israel has a place in the Jewish community.

Though the panel is not directly about the BDS movement, a flyer advertising the event framed it as a follow-up to a previous panel about BDS. Some of the panelists and organizers are BDS supporters.

Organizers originally reserved space for the event at Ansche Chesed. Rabbi Jeremy Kalmanofsky, the synagogue’s rabbi, is on sabbatical, and was unaware of the reservation before the contract was signed. Once he learned of the planned event he attempted to have it cancelled.

That move raised the hackles of organizers.

“It’s a contract, you can’t break a contract like that,” said Donna Nevel, a Jewish community activist who was one of the organizers of the panel.

Anshe Chesed quickly amended its position, saying that the event could take place, but that sponsors could not use the synagogue’s name in publicizing it, among other terms.

He now says that the effort to call the panel off was a “misstep.”

“I did say to them that, in point of fact they had a month [before the event was set to take place],” Kalmanofsky said. “And if you could find an alternate venue I wouldn’t be sorry.”

The organizers wound up finding an alternate venue. Rabbi Sharon Kleinbaum, spiritual leader of CBST, had been a co-sponsor of the panel when it was scheduled to take place at Ansche Chesed. She offered to host the event at her synagogue, which is located on the far West Side.

“I am disturbed by the trend in the Jewish community to censor discussions about Israel and Palestine,” Kleinbaum said. “I feel like it’s my moral responsibility to make sure this burning issue that’s facing us as a Jewish people gets a complete debate and discussion.”

Kalmanofsky, for his part, said that he’s happy that the event is going forward — sort of.