With Ehud Barak Out, Who in Israel Will Talk With The Americans? 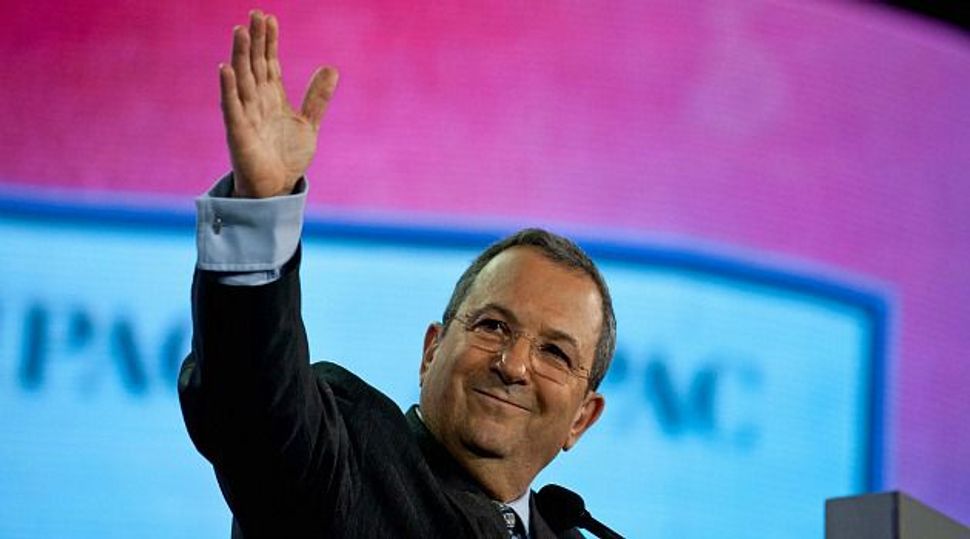 Israeli citizens will not mourn the absence of former defense minister Ehud Barak from their recently installed government, based on his domestic unpopularity. But the same may not be true in Washington, Barak’s real power base.

In the often tense relationship between Israeli Prime Minister Benjamin Netanyahu and President Obama, it is Barak who, more than anyone, has kept open the lines of communication between Washington and Jerusalem.

In Netanyahu’s new government, sworn in March 15, Moshe (“Bogie”) Ya’alon will serve as the new defense minister. But few believe that Ya’alon is well suited to take up the crucial role that Barak played as the key interlocutor with Israel’s most important international ally.

“This relationship is not good enough and will probably never be,” former State Department official Aaron David Miller said, referring to Obama and Netanyahu. He was being diplomatic. Elsewhere, he has called it “probably the most dysfunctional of any two I’ve come across when studying or working on this issue.”

In his interview with the Forward, Miller, who is now vice president of new initiatives at the Woodrow Wilson International Center for Scholars, cited President Clinton and Prime Minister Yitzhak Rabin’s relations as an example of ties that were so close that they did not require any special envoy or go-between.

The question of who, then, will take up Barak’s role is an open and important one. And as some observers surveyed Israel’s new Cabinet on the eve of Obama’s first trip to Israel as president, they saw, really, only one possible candidate, however implausible: Netanyahu himself.

“If Obama’s visit achieves its goal, and relations improve, it could be that the center of gravity of the ties will return to the Prime Minister’s Office, as it has been for years,” said Itamar Rabinovich, who served as Israel’s ambassador to Washington from 1992 to 1996.

Frictions over Israeli Jewish settlements in the occupied West Bank and Iran’s nuclear program, and a sense of mutual mistrust, riddled the relationship between Netanyahu and Obama during their first four years in office.

Ordinarily, Netanyahu’s foreign minister should have been able to help bridge this gap. But Avigdor Lieberman, who held the post at the time, sensed that his hard-line views — to the right of Netanyahu’s own positions — would not be welcome in Washington. He ceded what should have been his role to Barak.

It was into this void that Barak stepped, parlaying his close relations with Netanyahu and his respected status among Washington decision makers into a unique role for himself among Israel’s leaders. The doors open to him included not just those of his counterpart at the Pentagon, but also top officials at the White House and the State Department. His former position as prime minister between 1999 and 2001, and decades of service in other top political and military positions, made him well known and well connected in the American capital. In the end, Barak emerged as no less than Israel’s de facto foreign minister.

Barak’s departure, said David Makovsky, a well-connected expert with the Washington Institute for Near East Policy, marks a “real loss,” given his unique standing in Washington on the two key issues impacting bilateral relations: Iran’s nuclear program and the Israeli–Palestinian peace process. “He was seen in Washington as a combination of a realist who is politically moderate and as someone who has Netanyahu’s ear,” Makovsky said.

Ya’alon shares Barak’s military background, but this is where similarities between the two end. Ya’alon, 62, a former chief of staff of the Israel Defense Forces, is known as a straight shooter who does not shy away from expressing his views. Known for ignoring political correctness, he equated Palestinian threats to Israel with cancer and argued that Ariel Sharon’s plan for Israeli unilateral withdrawal from Gaza was a show of support for terror and led to the subsequent Hamas takeover of the region.

On issues relating to the Israeli-Palestinian conflict, Ya’alon’s views are in line with the right wing of the Likud party. He has expressed strong doubts about the feasibility of a two-state solution backed by the United States, and has opposed settlement evacuation and attacked Israeli nongovernmental organizations such as Peace Now, calling it “a virus.” Ya’alon also said as recently as 2010 that Israel should not fear confrontation with the United States on issues involving its national security interest.

Despite all this, Ya’alon’s relatively moderate stance on how to deal with Iran’s nuclear program could yet make him a welcome guest in Washington. “His mistrust toward the Palestinians is deep, but he is a pragmatist,” said Yoram Peri, director of the Institute for Israel Studies at the University of Maryland at College Park. “He is way more reasonable than Barak when it comes to using force.”

Still, as Rabinovich pointed out, Ya’alon “is not the natural person for the job” of maintaining ties with the United States and does not enjoy the decades-long close ties Barak had with American leaders.

Others in Netanyahu’s new government will also find it hard to play this role. The position of foreign minister has been kept open for Lieberman, who is awaiting trial on corruption charges but will return to power if he’s acquitted. Netanyahu’s new deputy foreign minister, Ze’ev Elkin, has called for an end to the two-state solution to the Israeli-Palestinian conflict. Likud minister Yuval Steinitz was put in charge of the strategic dialogue between the United States and Israel. But this is a forum focused on military and intelligence cooperation and has little influence on policymaking.

Miller, however, saw another possible scenario — one in which Secretary of State John Kerry takes on the role as the go-to official for all bilateral issues. This, he said, would require Kerry to establish credibility with Netanyahu. “I believe Kerry can emerge as a key player,” he said.

With Ehud Barak Out, Who in Israel Will Talk With The Americans?