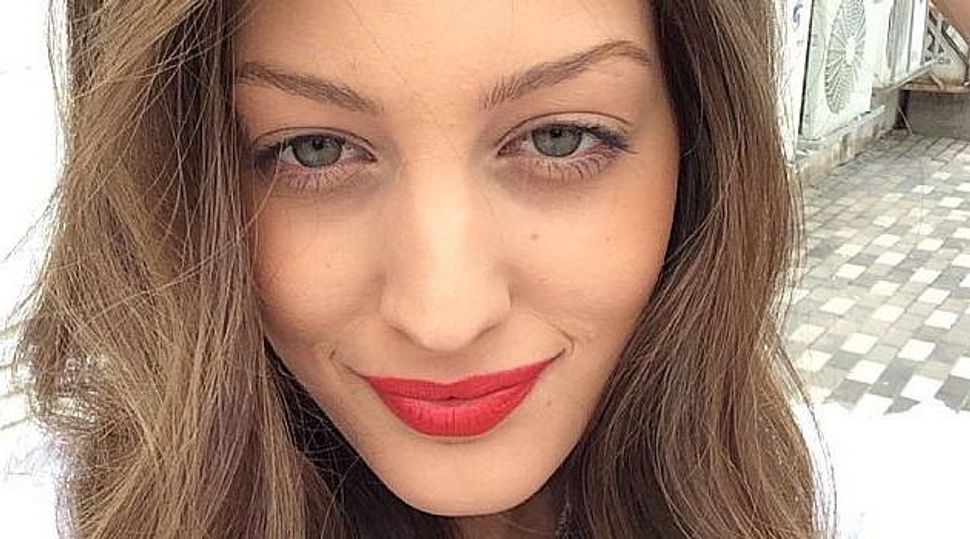 Brave and Beautiful: Doron Matalon wouldn?t back down when an ultra-Orthodox man tried to bully her into going to the back of a Jerusalem bus. Image by facebook

(Haaretz) — An ultra-Orthodox resident of Beit Shemesh was convicted of sexual harassment yesterday for calling a female Israel Defense Forces soldier a “prostitute” after she refused to move to the back of a bus.

The incident took place in December 2011 on a gender-segregated bus in Jerusalem. Moshe Fuchs, 44, asked a woman paying the driver at the front of the bus to go to the back. Matalon, sitting in the front, told him women could sit wherever they wanted to. The defendant said to her, “Who asked you, prostitute, go to the back. You’re standing among yeshiva students and it’s a disgrace.”

At that point other ultra-Orthodox men joined Fuchs and yelled at her “prostitute” and “shikse” (gentile woman), Matalon said.

At that point she “felt threatened and a huge commotion began. I yelled out for the conductor to come quick, and two male conductors rushed in. They pushed him away from me and said: ‘Why are you shouting, she’s a soldier,’ but he continued to be abusive.”

Fuchs asked the Jerusalem Magistrate’s Court to acquit him because the incident was “trivial.” Magistrate Hagit Kalmanovitch rejected this argument and said the defendant’s misconduct was grievous.

She wrote in her verdict that he had embarrassed the soldier in public “without an apology and without expressing regret.” The incident was also grave “because the defendant acted as part of a social practice of excluding women on segregated lines in particular and in public in general,” said the judge.