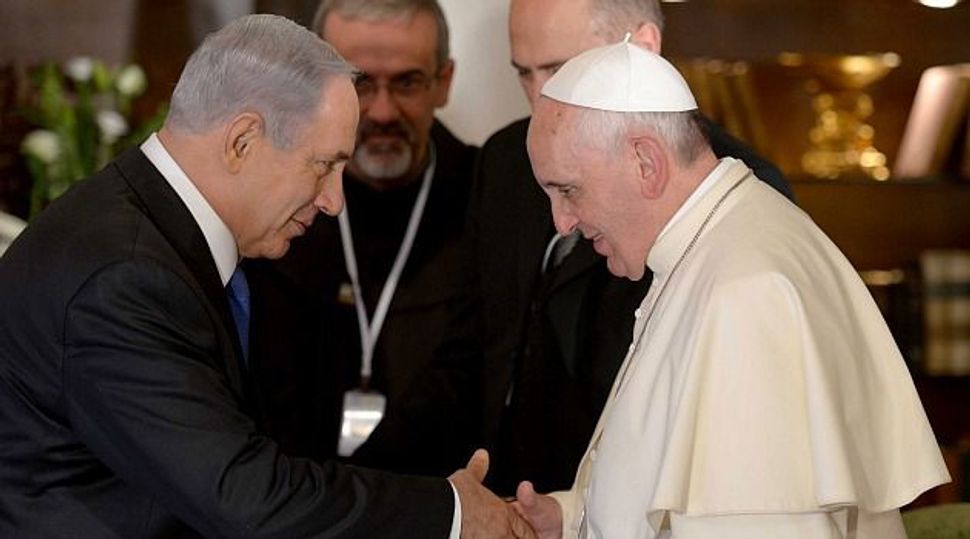 By Crispian Balmer and Philip Pullella May 26, 2014

“Jesus was here, in this land. He spoke Hebrew,” Netanyahu told Francis, at a public meeting in Jerusalem in which the Israeli leader cited a strong connection between Judaism and Christianity.

“He spoke Aramaic, but he knew Hebrew,” Netanyahu shot back.

Like many things in the Middle East, where the pope is on the last leg of a three-day visit, modern-day discourse about Jesus is complicated and often political.

A Jew, Jesus was born in Bethlehem in the Roman-ruled region of Judea, now the Israeli-occupied West Bank. He grew up in Nazareth and ministered in Galilee, both in northern Israel, and died in Jerusalem, a city revered by Jews, Christians and Muslims, and to which Israelis and Palestinians lay claim.

Palestinians sometimes describe Jesus as a Palestinian. Israelis object to that.

Israeli linguistics professor Ghil’ad Zuckermann told Reuters that both Netanyahu, son of a distinguished Jewish historian, and the pope, the spiritual leader of the world’s 1.2 billion Catholics, had a point.

“Jesus was a native Aramaic speaker,” he said about the largely defunct Semitic language closely related to Hebrew. “But he would have also known Hebrew because there were extant religious writings in Hebrew.”

Zuckermann said that during Jesus’ time, Hebrew was spoken by the lower classes — “the kind of people he ministered to”.