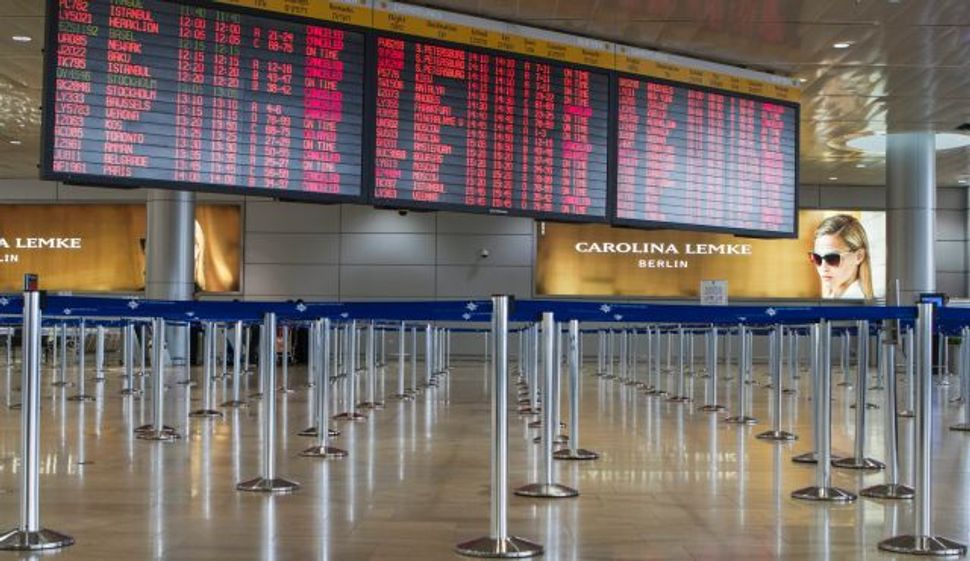 (Haaretz) Within hours after most foreign airlines flying to Israel suspended flights, demand for seats on Israeli carriers — practically the only ones left plying the routes — skyrocketed, and so did airfares.

The U.S. Federal Aviation Administration lifted its ban on Thursday, but so far only U.S. Air has said it was prepared to resume its flights, starting Friday.

A survey by TheMarker found on Wednesday, a day after many foreign carriers suspended service, that the price of tickets on El Al rose by tens of percent and in some cases jumped by up to 150% from the day before.

For example, a roundtrip ticket on El Al to London for leaving July 23 and returning the 31st almost doubled on Wednesday to $1,520 from $820 Tuesday afternoon. Airfare to New York on El Al scheduled to depart Wednesday night and return July 31 jumped to $2,750 from $1,670 Tuesday. A ticket to Paris these days on El Al now costs $1,800 as of Thursday through July 31 from $685 before Air France cancelled flights on the route.

El Al, which earlier this week said it expected that a wave of cancellation by people travelling into and out of Israel would depress its third-quarter revenues by as much as $50 million, denied it was taking advantage of the situation. “The prices of tickets are set in advance, according to the peak season of Israeli tourism during the summer vacation, and was not changed because of the cancellation of flights of foreign airlines,” said El Al. “During the past day El Al has made efforts to increase its flights and its service.”

A host of foreign carriers, including Delta, Lufthansa and KLM, abruptly suspended service on Tuesday, citing a house being hit by a Hamas rocket in Yehud, a town close to Ben-Gurion airport. American and European aviation authorities advised travellers to avoid Israel as Hamas rocket attacks have shown little sign of letting up after more than two weeks.

The news that El Al and Israel’s two other airlines, Arkia and Israir, for now have the local aviation market to themselves brought an abrupt turnaround in El Al’s share price on Wednesday. After tumbling 6.5% in Tel Aviv Stock Exchange trading on the previous three trading days, the airline’s shares jumped 6.2% in heavy trading on Wednesday to 58 agorot (17 cents).

“The lack of consideration for passengers who have found themselves in distress in this situation and the exploitation of the situation by selling seats at higher prices than they are supposed to be is an act of unfairness that cynically exploits the situation,” said Peleg. “Even if it is legal, El Al is making an unfair profit from a situation created because of the war.”