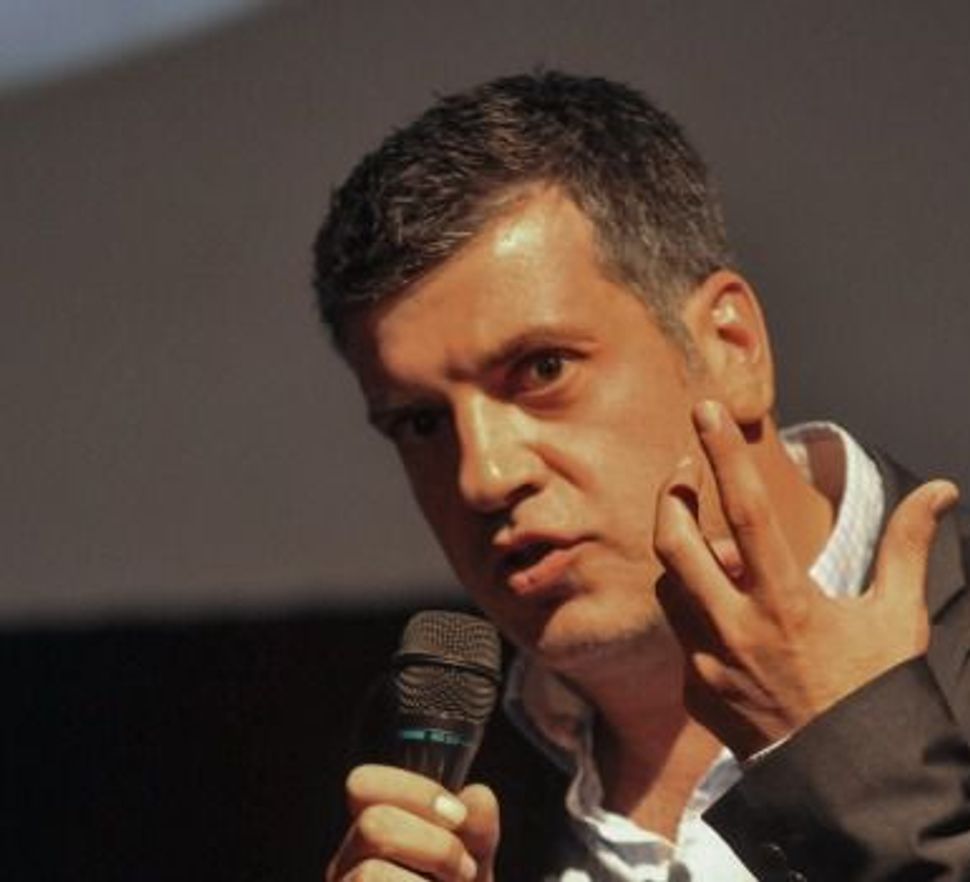 The Telluride Film Festival occupies a privileged space in the landscape of contemporary international cinema. Nestled in a picturesque ski town, tastefully programmed, free of stalkers and paparazzi, it’s a filmmaker’s heaven, a place where A-listers walk unmolested down the town’s one main street, and where at any given moment one might find oneself in line comparing notes with Werner Herzog, Errol Morris or Ken Burns, to name just a few of the possibilities.

The views are spectacular, the beef grass fed, the audiences appreciative, the conversation genteel. One would need to work hard to have a bad time.

By his own admission, Sayed Kashua is nothing if not a hard worker.

For much of the festival weekend, Kashua, Israel’s most prominent Palestinian columnist, novelist and comedy writer seemed less than pleased to be in town. He refused to join the festival’s group picture, scowling from the sidelines instead, and avoiding eye contact whenever possible. “This is a very sad movie,” he told the audience during the first post-screening question-and-answer session of “Dancing Arabs,” the film for which he wrote the screenplay, “and I hope you feel sad too.” As Kashua spoke, the film’s director, Eran Riklis, and its ferociously talented star, Tawfeek Barhom, stood by patiently. 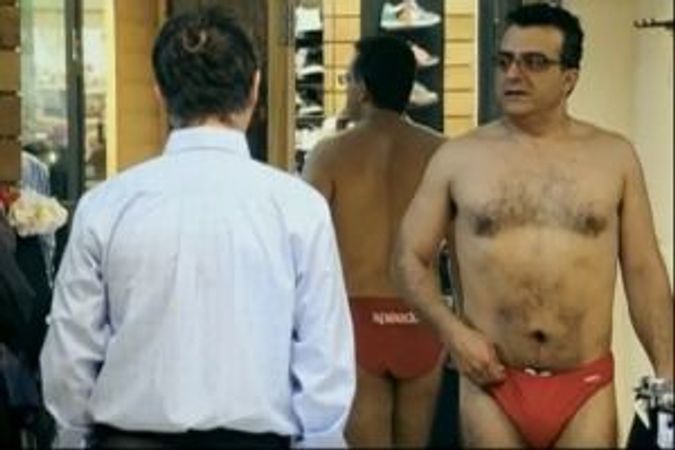 Kashua was portrayed by an actor in the TV show ‘Arab Labor,’ which he wrote. Image by Link TV

Part of this is pure ego. Between his novels, his journalism and his hit Israeli television comedy, “Arab Labor,” Kashua has won almost every award Israel has to offer. And he is used to being in control, both as a writer and as a showrunner. But for “Dancing Arabs,” a bittersweet coming-of-age story about Kashua’s early life, first as a child in the Arab village of Tira and then as a troubled scholarship student in one the country’s most elite boarding schools, Kashua contributed the screenplay but little else.

“I’m a control freak,” the 39-year-old writer admitted the day after the screening. Brown-eyed and baby-faced, Kashua looks both younger and more haunted than the actor who plays him on TV in the semiautobiographical “Arab Labor.” On that series, he explained, “I was involved in every aspect of the production, from casting to writing to working with the director to the editing room. Here, I wrote the script years ago, and then it went through so many directors, and now it’s very difficult to see it on screen. It’s about me, but I had no control over the filming.”

But does he like the movie, I ask. We’re squirreled away in the back room of a celebrity-free local bar. Louis Armstrong plays on the speakers, pool balls clack reassuringly against each other, and Kashua is drinking his first-ever Sierra Nevada. He brightens visibly with each sip.

He moves on without waiting for an answer.

“It’s not just the movie though. I’m happy about the movie. I want people to like it. But I miss my family. We finally have a new home and a new life in Illinois. I’m happy there. And you know, for the past month, and for the first time in my life, I haven’t had to think about politics, or Tira, or Gaza. I can’t take thinking about it again.”

Just six weeks ago, the country he tried so hard to claim as his own nearly brought Kashua to a nervous breakdown. It was a breakdown he described publicly in a widely circulated column in the Israeli daily Haaretz, under the headline, “Why Sayed Kashua Is Leaving Jerusalem and Never Coming Back.” This time, one of Israel’s most beloved humorists didn’t have a joke to spare. Instead, Kashua couched his feelings in the form of an argument between himself and his wife, who asked him furiously why he would insist on uprooting his family.

“I was silent,” he wrote, “knowing that my attempt at living together with others in this country was over. That the lie I’d told my children about a future in which Arabs and Jews share the country equally was over. I wanted to say to my wife that this is really the end, it’s finished. That I’d lost my small war, that everything people had told me since I was a teenager was coming true before my eyes…. That all those who told me that I have no place other than Tira spoke the truth.”

In subsequent columns, it’s been clear that Kashua’s fears about belonging — part neurosis, part performance, part deeply felt pain over Israel’s shift to the right— have followed him across the ocean: He’s written about a panic attack over his son’s first day at school; about his own first day teaching at the University of Illinois at Urbana-Champaign; about the fraught politics at the university itself, which in a twist straight out of a Kashua plot, is now embroiled in a national scandal over tweets about Gaza from a professor with Palestinian roots. The newly self-exiled writer has written also of his angst-ridden desire to peel the Obama sticker off his new used car, and always, always, about that sudden burst of irrational hope each time a cease-fire was announced on the news, followed by new despair as the bombing began once again.

But Kashua is adamant that what was originally intended as a yearlong sabbatical will remain permanent, that he will work on his English, continue teaching, perhaps write about his new life in the United States for Israeli TV. Already he has wrapped a 10-hour miniseries that will air in the fall on Israel’s Channel 2.

“It’s about a writer who has a show called ‘Arab Labor,’” Kashua explained as we gathered our things to head back to the theater where “Dancing Arabs” was showing. “He’s married to a psychotherapist, He’s sick of ‘Arab Labor,’ he can’t write even one more joke for ‘Arab Labor’ and he just wants everyone to leave him alone, and the politicians to leave him alone and his wife basically to leave him alone. He’s depressed and he’s not a nice person.”

But thanks to either the beer, the cool evening air or the fact that he was due to return home early in the morning, the Kashua in front of me seemed to have relaxed into a mood that was both nice and no longer depressed. By the time we reached the theater for his final Q&A of the weekend, he seemed downright cheerful. He made direct eye contact with at least three of the next few people we met, and waved a friendly greeting to an Israeli diplomat, whom he invited for beers after the show. He even shrugged off a chilly encounter with one of the festival’s more prominent literary guests. (That same guest, to whom Kashua was introduced as an Israeli writer, later told me, mortified, that he’d have been much friendlier if he’d realized he was meeting an Israeli Palestinian.)

But in the theater, Kashua resurrected the trademark scowling anguish for his enthralled audience. And a few days later, the new American immigrant filed his own festival dispatch, complete with an accurate description of the town (“This is really an off-the-wall place, this Telluride, like you’d never believe”) and, couched yet again in the form of an argument, with an even more accurate description of his demons:

“It’s going great, they absolutely love the movie, the halls are packed, but …”

“But what?” my father demanded to know. “You say it’s a big success.”

“Since when did he ever know how to enjoy that success?” my mother said in the background.