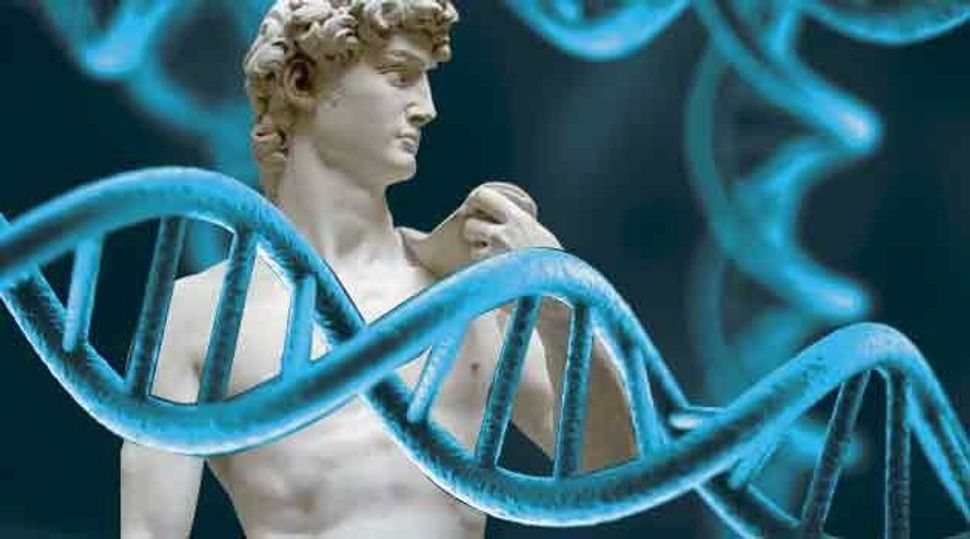 (Haaretz) — Where did the Jews originate? For Bennett Greenspan, the founder and president of Family Tree DNA, there’s little doubt, and it can all be proven with a swab of cheek cells.

The overwhelming majority of Jews living today should be able to trace their roots back to the Middle East with a little DNA testing, he maintains, and all those who claim otherwise, as far as he’s concerned, have their history wrong.

“We’re not interlopers who came here from Eastern Europe, and we’re not Serbs or Kazars,” says Greenspan. “You can use whatever polemic you want to discredit the Jews or discredit the nation, but saying that we weren’t here is a lie.”

Greenspan was referring to the controversial book written by Tel Aviv University historian Shlomo Sand, which asserts that the Jews of today did not originate in this part of the world and that a “nation-race” of Jews never existed. Most of today’s Jews, he argues in “The Invention of the Jewish People” (2008), are the descendants of people who lived elsewhere in the world and were converted to Judaism. However, a major study published two years later by Harry Ostrer, a medical geneticist from the Albert Einstein College of Medicine, claims that many contemporary Jews do, indeed, have a distinctive genetic signature and can trace their ancestry back to the Middle East.

Greenspan delivered a guest lecture in Israel on Wednesday at the Netanya Academic College on the DNA of the Jews. Nothing more than a bit of saliva, insists the entrepreneur and genealogy enthusiast, is required to prove the similarities in the genetic make-up of most Jewish men and women, and that’s because their ancestors once lived the same place. In response to a question from Haaretz, Greenspan said he estimates that “No less than 75 percent of Ashekanzi, Sephardi or Mizrahi Jews, their ancestors came from what we call the general Middle East” – an assessment which he says is based on his company’s database.

Family Tree DNA, a U.S.-based company with distributors in Europe and the United Arab Emirates and which Greenspan founded in 2000 while he was semi-retired, was the first company in the world to offer commercial DNA test kits. Today, about a half dozen other such companies exist. “I had sold my photographic supply business and was puttering around the house, getting in my wife’s way,” he recounts. “Finally, she said you should either pick up golf or go back to genealogy, at which point I started researching the only line of my eight great-grandparents’ lineages that I had never worked on.”

When he was eventually able to establish through DNA testing his blood relationship to someone in Argentina from that branch of family, Greenspan decided it was time to turn his life-long hobby into a business. To date, Family Tree DNA has tested more than one million people and has more than 700,000 records in its database. Among its more famous clients is the National Geographic Society. Altogether, says Greenspan, Jews comprise only about 3-4 percent of his clientele – much bigger than their share in the U.S. population, but just a fraction of his business.

One of his major discoveries through DNA testing in the United States, says Greenspan, was that Ashkenazi Jews bear genetic similarities to Hispanic Catholics living in New Mexico and Colorado. “In fact, there was evidence of Hispanic women in those places coming down with similar types of breast cancer as Ashkenazi Jews,” he says. “What it means to me is that these Hispanics were actually the descendants of Anusim, or forced converts.”

Arabs are no less curious about their genealogy than Jews, says Greenspan, who counts many resident of the Gulf States among his clients. And just as Jewish Cohanim, or priests, have been increasingly making use of DNA testing to try and prove that they are direct descendants of Moses’s brother Aaron, so too have those Muslims who believe themselves to be descendants of the prophet Mohammed. “That is considered a very big deal for them,” he says.

Not long after he landed in Israel the other night, recalls Greenspan, he received a phone call from a client in Riyadh, who had suspected he might have some Jewish ancestry and was interested in finding out whether his test results were available yet. A test by Family Tree DNA determined that this Arab from Saudi Arabia was 7 percent Jewish, meaning 7 percent of his ancestors were determined to be Jewish. “I told him the difference between him and me is that he’s a Muslim Arab and I’m a Jewish Arab. Period. Just like there are Christian Arabs. But the majority of us men, whether we’re Saudi, Palestinian, Syrian or Jews – the majority of us came from the Middle East a long, long time ago. Some of us left. Some of us didn’t. DNA shows that.”