Did Benjamin Netanyahu and the GOP Just Pull Off a Coup — or Lay an Egg? 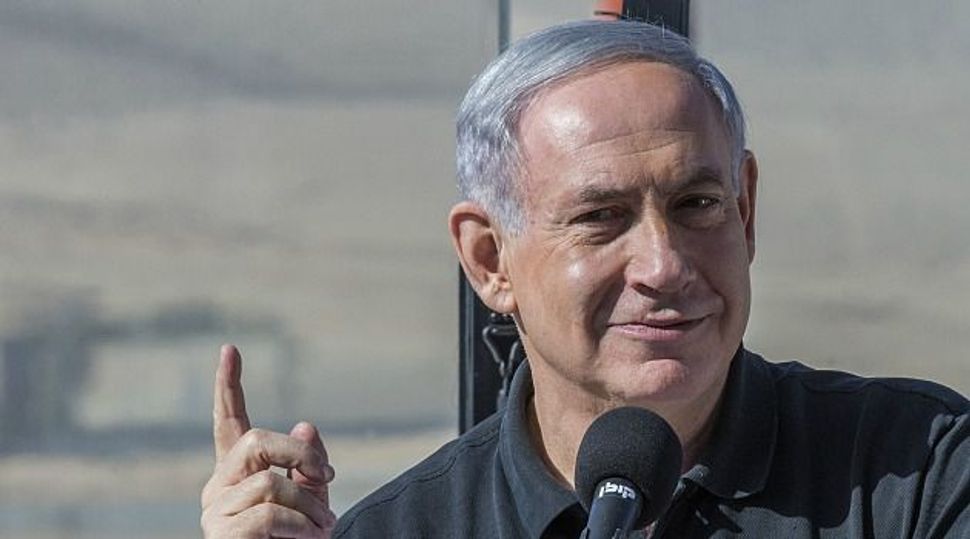 Breakthrough or Blunder? Benjamin Netanyahu apparently sees a chance to outflank the White House by addressing Congress — and not informing Barack Obama about his plans. Image by getty images

A political coup for Republicans and for the Israeli prime minister — or a flop that could cost Benjamin Netanyahu precious votes in fast-approaching elections and poison the Jewish state’s all-important relationship with the U.S.?

House Speaker John Boehner’s daring invitation to Netanyahu to address Congress next month — without involving the White House — has analysts and players on all sides assessing the situation and sizing up the potential costs and benefits of the move.

For Boehner, this should be a slam-dunk. The Speaker is in the midst of a showdown with President Obama over a legislative initiative calling for new, tougher sanctions on Iran to stop it from developing nuclear weapons (a goal Iran denies harboring). Though it has some bipartisan support, the measure is being pushed hard by GOP congressional leaders.

Right now, an interim agreement is curbing Iran’s nuclear efforts as it negotiates with the United States and other countries on a permanent pact. Boehner also wants to ensure that old sanctions kick back in promptly if the parties fail to reach a permanent agreement by the negotiations’ March 1 deadline. Iran has warned that new sanctions will just mean the end of the current talks.

Obama has repeatedly threatened, including in his January 20 State of the Union speech to veto any such legislation if it lands on his desk. A forceful speech by Netanyahu, who supports ramping up sanctions against Iran and is skeptical about the deal being negotiated, could help crystallize support for a sanctions bill. The Israeli leader would make the administration’s refusal to allow such sanctions be seen as contrary to Israel’s security needs. 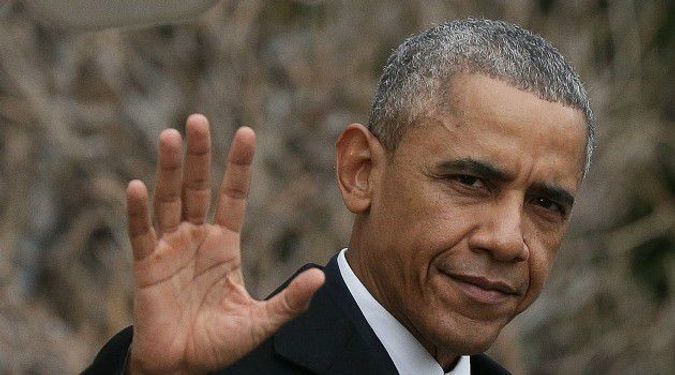 What Trip? Barack Obama was blindsided by the announcement that Israel Prime Minister Benjamin Netanyahu plans to address Congress next month. Image by getty images

With only five weeks to go before Israelis vote in national elections, it would seem that Netanyahu also has a lot to gain from a Washington visit politically. His Likud party is slipping in the polls and now slightly trails the joint opposition alliance made up of Yitzhak Herzog’s Labor Party and Tzipi Livni’s party, Hatnuah.

Netanyahu still has unmatched experience on the international scene. The pomp and attention that come with a special congressional address could easily remind voters of Netanyahu’s experience on the world scene, one of his main selling points.

But then there are the risks.

The White House has made it clear, through carefully worded public remarks, that Netanyahu will have to choose between pleasing his Republican friends and maintaining what is left of his working relations with the president.

The Israeli government has yet to confirm its acceptance of Boehner’s invitation. But the White House response to reports of the planned trip was quite harsh.

“The protocol would suggest that the leader of one country would contact the leader of another country when he’s traveling there,” White House spokesman Josh Earnest said curtly. “This particular event seems to be a departure from that protocol.”

The comment reflected White House disapproval of Netanyahu’s trip. But it was not quite clear whether it was the process — whereby the leader of foreign nation arranged a visit behind the president’s back — that angered the administration, or the prospect of Netanyahu taking center stage in a domestic political debate on U.S. foreign policy.

The Anti-Defamation League’s Abraham Foxman thinks it might also be ill-advised. “This looks like a political challenge to the White House and/or a campaign effort in Israel,” he told JTA.

For Netanyahu, political considerations could actually lead either way.

Turning down Boehner’s invitation would help avoid yet another showdown with Obama, denying Netanyahu’s rivals from the center and center-left parties a chance to use his strained relations with the U.S. administration as further proof of their point that he has mismanaged Israel’s foreign policy.

On the other hand, a trip to Washington could help maintain support for Likud that is now bleeding to parties on the right, especially HaBayit HaYehudi, the Jewish Home party. Its leader, Naftali Bennett, has made a point of snubbing America whenever possible. By publicly defying Obama, Netanyahu can reclaim the mantle of the tough Israeli leader who does not bow to international pressure.

Bush, and his Secretary of State, James Baker, conditioned the loan guarantees on an Israeli promise not to settle new immigrants in the West Bank. Shamir refused; Bush dug his heels in, and eventually the Israeli leader lost his reelection bid to Yitzhak Rabin.

Post-mortem analysts placed much of the blame on the public’s perception that Shamir had mishandled Israel’s relations with America.

But the notion that Israeli voters will punish leaders who don’t get along with the White House is not necessarily valid any more. After all, Netanyahu handedly won the 2013 elections, despite his well-known strained relations with Obama.

Republicans stand to gain from this dispute either way. If Netanyahu shows up, Boehner’s plan will work to a tee, showing both Obama and pro-Israel voters and donors that when the chips are down, Israel counts on Republicans, not on the Democratic White House for help. If Netanyahu chooses to stay home, GOP leaders can easily argue he was bullied by an unfriendly administration afraid of hearing Israel’s position on a nuclear deal with Iran.

Did Benjamin Netanyahu and the GOP Just Pull Off a Coup — or Lay an Egg?