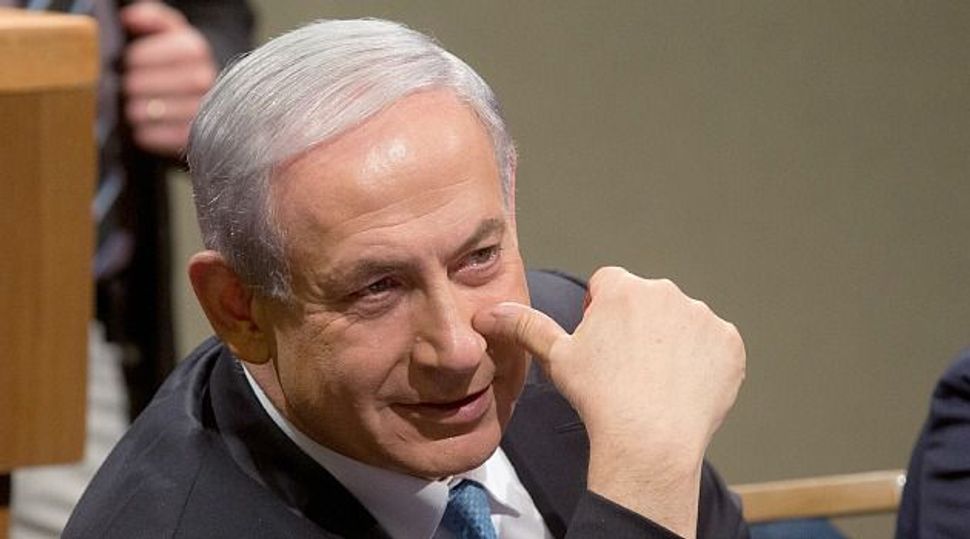 Within one week, the fundamentals of the mainstream pro-Israel community have been shaken like never before.

Its centerpiece legislative effort — the drive to impose new sanctions on Iran — has been frozen in place and, more importantly, the notion that support for Israel is a bipartisan issue in American politics has suffered a serious blow.

The source of the setbacks suffered by the organized Jewish community could be tracked down to one event: House Speaker John Boehner’s January 21 invitation to Prime Minister Benjamin Netanyahu to speak on Iran in front of a joint meeting of Congress — and Netanyahu’s acceptance of the invitation, by prearrangement — without consulting Boehner’s Democratic counterparts and without telling President Obama about his outreach to a head of state to visit. From that moment, events spiraled downward quickly, leaving the community with more questions than answers and with blame being assigned in all directions.

When Rep. John Yarmuth, a Jewish Democrat from Kentucky, was asked about the latest entanglement, he pointed to the large American Israel Public Affairs Committee lobby group, and to big donors as responsible for pushing Congress far to the right on issues relating to Israel. “Unfortunately,” Yarmuth told liberal radio host Stephanie Miller, “some of the demands made of [Congress] members by AIPAC and by some Jewish supporters are that we defer to Israel more than we defer to the United States.”

Turning Israel into a partisan issue has long been the greatest fear of pro-Israel advocates who argue that in the long run, the Jewish state needs support from both parties in order to remain America’s closest ally. Events surrounding the GOP’s invitation to Netanyahu have raised concerns in the Jewish community that siding with Israel, and specifically adopting its view regarding the threat posed by a nuclear armed Iran, have now become a political football.

“It is too important an issue to politicize it,” said Abraham Foxman national director of the Anti Defamation League, who argued against Netanyahu’s visit to Washington.

For Democrats, such as Yarmuth, it was clear who was at fault for this politicization: the Republicans and those in the pro-Israel establishment who support their views.

“Israel needs bipartisan support and I am worried that when you take an individual issue and try to drive a wedge, it weakens the long term foundations of this relationship,” said Greg Rosenbaum, chair of the National Jewish Democratic Council, who is also a top-level AIPAC member.

A strong relationship between the United States and Israel has long been a cornerstone of the American Jewish community. Fears that it is now crumbling are overstated, argued Rabbi Steve Gutow, president and CEO of the Jewish Council for Public Affairs. “This does not rise to the ‘end of the relationship’ discussion that seems to be going on,” he said. “This is more of a ‘take a breath’ moment.”

Gutow stressed that while there are clearly differences between the U.S. and Israel on how to deal with Iran, they are only tactical; the strategic goal of stopping Iran from becoming nuclear is shared by both nations.

Events on Capitol Hill surrounding the Iran sanctions legislation demonstrated how polarized the debate had become. The bill, sponsored by Republican Mark Kirk of Illinois and Democrat Robert Menendez of New Jersey, faced many hurdles on its way to a vote in the Senate Banking Committee. First and foremost, there was the president’s vigorous threat to veto the legislation because of the destructive effect he argued it would have on the ongoing diplomatic negotiations with Iran. Supporters of the bill had hoped that with the help of Democratic senators, ten of whom had indicated their willingness to co-sponsor, they’d be able to reach a super majority of 67 needed to override a presidential veto. Netanyahu’s planned speech in Congress was expected to help crystallize this support.

Three Jewish Democrats: New York’s Chuck Schumer, Richard Blumenthal of Connecticut, and Ben Cardin of Maryland were among the key backers of the bill. The Senate’s seven other Jewish lawmakers did not join the drive, with California’s Dianne Feinstein actively working to defeat it. But as the controversy over Netanyahu’s invitation to Congress took over Washington’s political agenda, Democratic support for the new sanctions legislation melted away. In a January 27 letter to Obama, all the original Democratic supporters of the bill promised they would not support the legislation on the Senate floor before March 24, the current deadline for reaching a diplomatic agreement with Iran. They said further that they would vote for new sanctions only if negotiations failed to reach an agreement.

The bottom line delivered by Senate Democrats was that new Iran sanctions — AIPAC’s central piece of legislation and a top goal for Republican supporters of Israel — has been put on freeze by Democrats, with all Jewish senators on board.

“Democrats are wary of the partisan agenda behind this push for sanctions on Iran,” said Dylan Williams, vice president of government affairs at the dovish lobby J Street, a group that opposes new sanctions on Iran. “This worry they had was confirmed by Speaker Boehner and Prime Minister Netanyahu’s gambit.”

AIPAC did not respond to inquiries relating on this issue from the Forward. But the recast debate thrust the entire organized Jewish community into an uneasy position.

Most major Jewish groups chose to avoid speaking out publicly on the controversy. An official with one of the big national organizations said that the recent events had caught the community by surprise and that “there is no good way to respond.” The official explained that Jewish groups have nothing to benefit from taking sides in a political dispute between Republicans and the White House, or, for that matter, between the president of the United States and the Israeli prime minister.

At least one Jewish senator has expressed, in an off record conversation, his wish to try and broker some sort of an arrangement that would defuse tensions, though he noted that it is not clear if there are partners on the other side of the isle for a compromise.

Short of finding such a middle road, Jewish communal activists now face two immediate questions: How to keep up the pressure on Iran now that the option of new sanctions is on hold? And how should they treat Netanyahu once he arrives in Washington?

The first is a practical problem. New sanctions are still the main vehicle for the pro-Israel lobby to increase pressure on Iran and AIPAC will continue pushing for their approval. But this drive has become all the more difficult now that the sanctions legislation has turned into one of the most contentious partisan issues, making it harder to get Democrats on board.

As for rolling out the welcome mat for Netanyahu – all Jewish officials reached by the Forward said they could not envision a situation in which Jewish groups would shun the Israeli leader. Staff members from congressional offices of Jewish lawmakers also stressed there is no intention to boycott Netanyahu’s speech.

But this doesn’t mean partisanship will be off the table once Netanyahu arrives at Capitol Hill. The Emergency Committee on Israel, a heavily Republican organization known for its critical views of President Obama, has already announced it will be hosting a reception for the Israeli prime minister after he addresses Congress. The event, ECI said in a statement is meant to “make clear, in case there’s any doubt, that whatever the president does or says, Americans value our friendship with our ally Israel.”