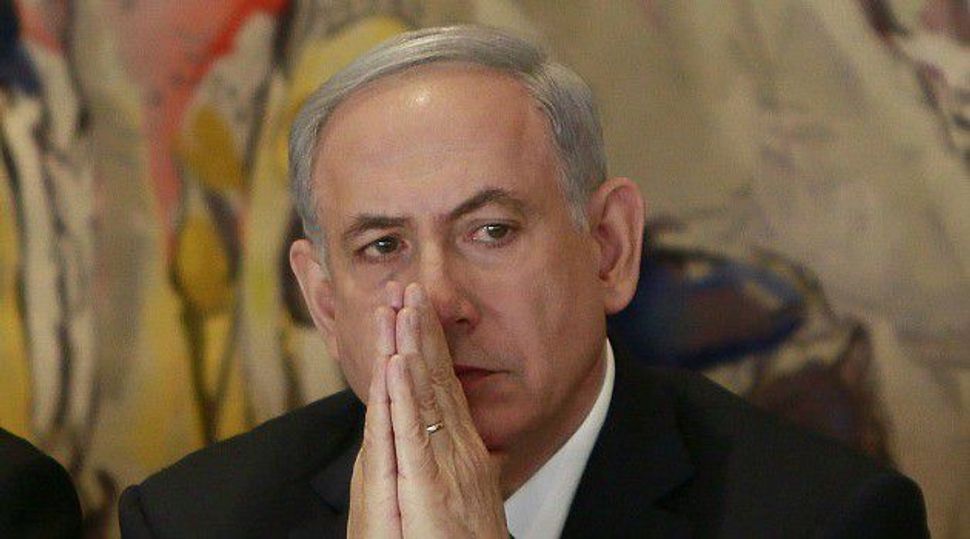 Israel will adopt two lines of attack as it tries to thwart – or at least modify – the international nuclear agreement with Iran in the coming weeks, a senior official said.

Firstly, it will lobby the U.S. Congress to pass legislation that would make it difficult, or even impossible, to approve a comprehensive deal with Iran if one is reached by the June 30 deadline.

At the same time, it will continue pressing the White House for the “improvements” Israel says must be made in the terms of the agreement, the official said.

Israel will try to persuade as many congressmen and senators as possible to support the bill sponsored by Sen. Bob Corker (Rep.), chairman of the U.S. Senate Committee on Foreign Relations. The bill sets a 60-day period from the moment an overall agreement is reached with Iran, during which Congress and the Senate will check and review its every detail.

The bill obliges senior officials of the Obama administration to submit detailed reports to Congress and attend a series of hearings about the agreement. It also says that legislation of U.S. sanctions may be revoked only if the Congress and Senate foreign affairs committees make a joint decision supporting the agreement within those 60 days.

The current draft of Corker’s proposal cannot prevent the agreement, but only delay its implementation for some time and put bureaucratic obstacles in its path.

The Israeli official said Israel will try to persuade congressmen and senators to introduce a clause stipulating that the agreement with Iran should be seen as an international treaty. A U.S.-signed international treaty requires a Senate vote to go into effect.

“There’s a political struggle in Congress over Iran,” the official said. “Congress can make a decision that it’s a treaty and not an agreement. Those issues are being debated, so why don’t we make the most of it?”

The White House objects to Corker’s proposal and may veto it. It is also not at all clear whether Corker would want to include such a clause in his bill. The Israeli official said that in view of all the Republican senators’ full support for Corker’s bill, Israel’s efforts will focus on persuading Democratic senators to support it. This would neutralize the presidential veto, he said.

The support of 67 senators is required to overturn a presidential veto. Since only 54 senators are Republican, Israel must obtain the support of 13 Democratic senators for the move. In the current situation, especially after Prime Minister Benjamin Netanyahu’s speech in Congress, which brought Democratic senators closer to Obama, the passage of such a bill with such a substantive clause and the overturn of a presidential veto is a difficult, if not impossible, mission.

The official said that at the same time, Israel will continue its talks with the administration on the agreement’s various clauses. Since quite a few of the clauses have been left open and no agreement was reached on them, Israel believes they can be changed to improve the agreement.

At a briefing to foreign journalists on Monday, Strategic and Intelligence Affairs Minister Yuval Steinitz outlined the improvements Israel wishes to make in the agreement.

Secondly, it seeks the closing of the fortified uranium enrichment facility in Fordo. As per the framework, the facility would continue operating but would only be used for the purpose of nuclear research, and not uranium enrichment.

Thirdly, Israel wants the sanctions imposed on Iran to be lifted gradually and according to its progress in implementing the agreement. This remains a point of contention in the framework; Iran wants all the sanctions to be lifted at once, while the world powers demand that this be done gradually.

Fourthly, Israel wants the agreement to require Iran to expose the full details of its nuclear program’s potential military aspects. The framework addresses this issue, but only in general terms.

The fifth demand seeks to require Iran to get rid of its stockpile of 3.5-percent-enriched uranium. This issue is yet to be agreed upon; Iran is refusing to ship abroad the 10-ton stockpile, agreeing only to dilute the enriched uranium and convert it into oxide.

Finally, Israel wants International Atomic Energy Agency inspectors to be able to access any site in Iran, at any point in time. The framework addresses this issue extensively, but Israel claims that the current wording allows Iran to prevent inspectors from accessing military facilities.

It’s unclear whether Israel’s dual strategy can succeed considering the contradiction between the two channels. One factor that has hurt Israel’s ability to influence the framework agreement was the working assumption at the White House that Netanyahu and Israeli Ambassador to the U.S. Ron Dermer colluded with senior Republicans in Congress to thwart the deal.

Netanyahu’s invitation to address Congress last month was viewed by the White House as unequivocal proof of this. Israel’s actions in Congress against the deal led the White House to decide a few weeks ago to limit the scope and quality of information that the U.S. gives Israel on the negotiations with Iran. This, in order to prevent Netanyahu and Dermer from using this information to thwart the agreement. As result, Israel was surprised to learn of significant parts of the understandings reached between Iran and the world powers.

The Israeli official said he did not believe Israel’s lobbying in Congress would harm its ability to influence the White House about the agreement.

“Imagine that in a few years we’ll have to make a harsh move [an Israeli military offensive against Iran]. Then people will ask why the prime minister didn’t act in every way possible ahead of time,” he said.