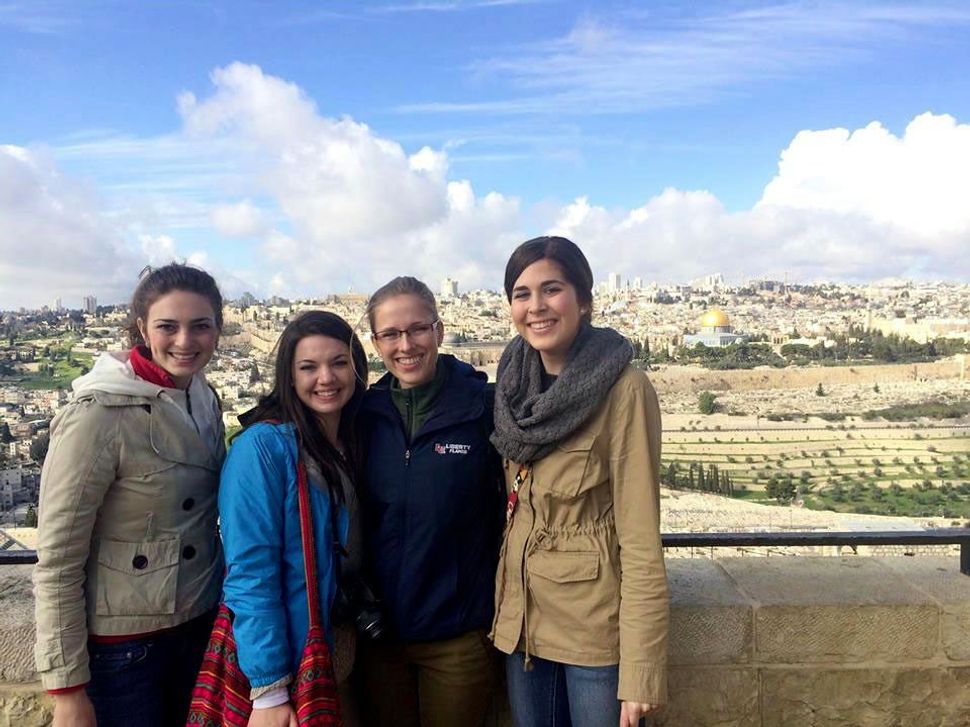 Participants in the first Covenant Journey trip to Israel visit the City of David archeological site in Jerusalem. Image by Cynthia Matthews

Conservative Jewish funders and Christian donors of Hobby Lobby fame have joined forces to launch a Christian Birthright trip, modeled after the successful program that has taken thousands of Jewish young adults to Israel for the past 16 years.

Covenant Journey, a subsidized evangelical 11-day trip to Israel that was officially announced May 8, will bring 250 students to the Holy Land by the end of the summer. It aims to bring thousands more in the upcoming years.

Just like the Taglit-Birthright Israel program it is modeled after, Covenant Journey seeks to strengthen American students’ love for Israel. But instead of having them mingle with young Jewish soldiers, participants walk in the footsteps of Jesus Christ and visit Christian holy sites. According to the program’s founder, the results from a recently launched pilot tour were encouraging. Participants in the trip were transformed into enthusiastic pro-Israel advocacy messengers.

“I grew to love Israel by reading my Old Testament, but after visiting Israel, it gave me a push to act for Israel,” said Erica Tomlin, a 19-year-old sophomore at Liberty University in Lynchburg, Virginia, the school founded by the late reverend Jerry Falwell. Tomlin, who participated in the first trial run of the trip this past winter, said: “It changed my career path. Now I want to work on advocating for Israel.”

Program organizers say their target audience consists of Christian student leaders who support Israel. While not officially limited to evangelical Christians, most of those signing up identify as evangelical. Many attend Christian colleges like Liberty. One of the trips planned for this summer will include only Christian students from Ivy League universities. The heavily subsidized cost for students on all Covenant Journey tours is $500. (Taglit-Birthright Israel is free.) Two foundations underwriting the project covered the rest.

The 11-day program, which varies slightly from trip to trip, is a mix of a Christian pilgrimage and a pro-Israel training camp. Participants in the pilot tour visited Christian holy sites, including Jerusalem; Nazareth; the Sea of Galilee; Mount of the Beatitudes; Tabgha, traditionally viewed as the place where Jesus performed the miracle of the loaves and fishes, and Capernaum. But they also toured the Western Wall and Jerusalem’s old Jewish quarter, and ventured to Israel’s northern and southern borders, where participants heard about the country’s security challenges. In Sderot, Christian students experienced an itinerary similar to one that many Jewish groups and American politicians go through: a lookout at Gaza, visits to a children’s playground with adjacent bomb shelters and a stop at the stack of Hamas rockets fired at the Southern town. The tour did not include any planned meetings with Israeli Arabs or Palestinians living in the West Bank. 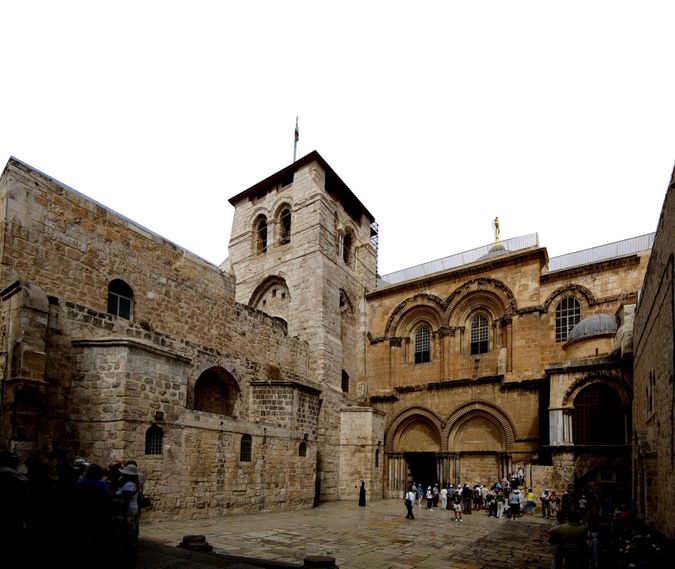 “There’s one thing better than standing with Israel, and that’s standing in Israel,” said Ron Dermer, Israel’s ambassador to Washington, who hosted the program’s launch event at the Israeli Embassy. “It is critical to bring the next generation of leaders in the Christian community to Israel. If they walk in the places where the patriarchs and the prophets and the kings and that young rabbi from the Galilee walked, then they will stand with Israel here and they will strengthen their Christian identity.”

Strengthening evangelical support for Israel could be driven in part by the growing diversity of views on the Israeli-Palestinian conflict within the evangelical community. Several evangelical groups have become more active in supporting Palestinian causes, and recent reports have indicated younger evangelicals no longer adhere automatically to the Israeli viewpoint.

“The change is in the wind,” said Gary M. Burge, author of “Whose Land? Whose Promise?: What Christians Are Not Being Told About Israel and the Palestinians” and a professor of New Testament at Wheaton College. “There is a kind of frantic reaction,” he said, explaining that Christian Zionists are aware of the shift.

The idea of sending Christian students on Birthright-like trips has been in the making for more than three years, a period of time during which organizers sought out Jewish and Christian donors who would contribute jointly to the program.

The Jewish part was easier. The Philos Project, a pro-Israel group with a stated mission of promoting “positive Christian engagement in the Middle East,” offered its backing early on. The group’s board includes Richard Lang, president of the Southern Evangelical Seminary; Mark Tooley, president of the Institute for Religion and Democracy, which is a conservative religious think tank, and Republican Jewish activist Dan Senor, who served as spokesman for the Coalition Provisional Authority, in Iraq, during the administration of George W. Bush. The group’s main funder is Paul Singer, a Jewish hedge fund billionaire who is also one of the single largest donors to Republican politics.

Luke Moon, deputy executive director of the Philos Project, said the organization strives to raise awareness of persecution of Christians in the Middle East and to increase Christian support for Israel. “We see these two issues as being linked, since what is happening now to the Christians has already happened to the Jews,” he said.

Though a full list of donors is not available, Moon acknowledged that most of the donors to the project are Jewish.

“For me, as a Jew, that’s huge,” Singer said of the new program at the launch event, which was part of the Israeli Embassy’s annual Christian solidarity meeting. “I truly believe that Jews, Christians and all of Western civilization will be reaping the fruit of this project for years to come.” 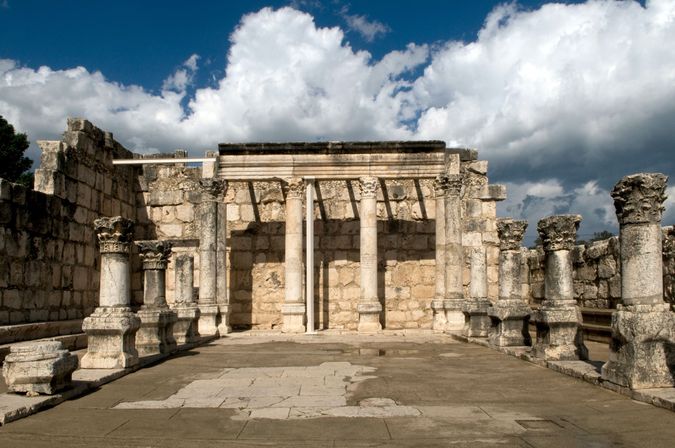 Moon explained that the Philos Project attempts to reach out to evangelical Christians who support Israel but are not engaged with Christians United for Israel, the main Christian-Zionist organization led by the Rev. John Hagee. “There’s a large group that is not met by CUFI’s rhetoric and does not connect with their message,” he said.

The Covenant Journey project began moving forward once Singer and the Philos Project found a Christian partner to share the funding: Museum of the Bible, a private museum next to the National Mall in Washington, set to open its doors in 2017. The museum’s founder and chairman is Steve Green, an Oklahoma billionaire who owns the craft chain Hobby Lobby and who is a major donor to evangelical causes. Green burst into public attention last year after challenging President Obama’s Affordable Care Act in the Supreme Court. Hobby Lobby successfully argued against the provision requiring employers to include coverage of contraceptives in their health care plan. Green’s landmark Supreme Court victory gave him hero status in conservative Christian circles.

“Visiting the Holy Land — where Abraham journeyed and gave birth to the nation of Israel, David conquered Goliath and the Prophets and Apostles wrote and lived — and walking where Jesus gave his ministry,” Green said at the embassy event, “will create a foundational platform from which they can become goodwill ambassadors for Israel and the Jewish people, and the Covenant Journey participants will never be the same.”

Covenant Journey does not officially take a stance regarding the Israeli-Palestinian conflict. But the group’s itinerary stresses the security risks Israel faces. The group also highlights the plight of Christians across the Arab world.

Moon said Christians believe the resolution of the conflict is up to both sides, but he introduced other considerations that Christian supporters of Israel, including those participating in the trips, should keep in mind: “Will this be a Palestinian state that will support the human rights of Christians and others? Will it have freedom of religion?”