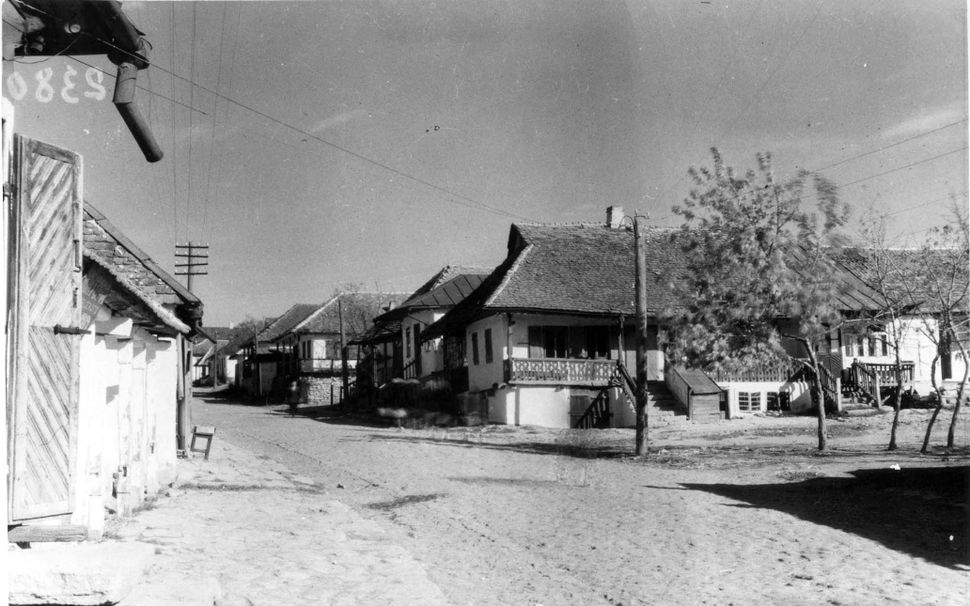 Rachela Segal and her husband, Strul Segal, elderly Holocaust survivors living outside Tel Aviv, haven’t eaten chicken or fruit for weeks. At the market, they now even find it hard to afford to buy vegetables. “So I buy less, and Grade B. I go to buy vegetables, and 100 shekels flies,” Rachela Segal said.

For dinner that night, the 80-year-old matron prepared potato salad with onions and oil and some white cheese.

Asked why they were forced into such sudden austerity at their age, Rachela Segal said simply, “This month they did not give us money. A week ago my husband called and asked what happened, and they said ‘We’re sorry, there’s no money.’”

The money Segal is not getting is a quarterly allowance provided to 11,000 of the neediest Holocaust survivors living in Israel from Hashava, an Israeli organization set up to locate and restitute assets that belonged to Jews who were killed by the Nazis. The 2,750 shekel trimonthly stipend — equal to $700 — isn’t much, but it allows the Segals and other survivors living at the bottom of Israeli society to get by with some dignity.

Hashava did not transfer money to survivors in November. The organization is in the midst of a bitter legal dispute with a financial firm affiliated with the World Zionist Organization that was set up to support early Zionist pioneers. Their legal battle has upended Hashava’s main mission of restoring Holocaust era assets to their rightful owners.

The fight is being carried out in Israeli courts and boardrooms—and recently over the backs of the most needy and vulnerable Holocaust survivors.

The legal conflict in Israel echoes difficulties faced by restitution activists in Europe who battled, decades after the end of World War II, to enable the return of property, land, art, insurance policies and bank accounts (with interest) that belonged to Jews persecuted or killed during World War II, and to their rightful heirs. In all cases, as is the case now with the Jewish state, the road to implementing the agreed upon principle of restitution has been scattered with hurdles, causing endless delays.

“In a certain sense, Israeli banks did not act very differently than the Swiss banks at the time,” said Michael Bazyler, a law professor at Chapman University who has researched the restitution movement. “It was difficult for Israelis to conceive that they could be culprits in addition to being the victims.”

The Segals survived the Shargorod ghetto in Ukraine and immigrated to Israel in 1963. Rachela Segal worked as a cleaner and sold sweets at a kiosk until retirement. The payments she and her spouse receive from Hashava, alongside a stipend from the German government and a modest state pension, allow the couple to make ends meet.

Segal said she heard rumors that Hashava may have stopped payments as a pressure tactic in its court battle with Otzar Hityashvuth Hayehudim, the World Zionist Organization affiliate.

“It’s disgusting, ” she said. “Why have they left us? They’re not paying us, why? Don’t we deserve it? Haven’t we suffered enough?”

Hashava forcefully rejected the notion that it was using survivors as pawns in its battle, saying that it was, in fact, fighting to get more money to assist them. Having chosen not to settle with OHH for a lesser amount, the group said its cash flow is dried up for now, pending resolution of the dispute, making it impossible to continue its stipends to survivors.

Another Holocaust survivor, 81-year old Eliyahu Geller of Petah Tikva, said he and his wife received the equivalent of $1,847 a year in quarterly payments from Hashava until they stopped recently. Geller used the money to pay for medications that were not covered by state health insurance. A survivor of the Transnistria Ghetto in Ukraine, Geller said he suffered from neurological problems that made it difficult to speak and walk, along with problems with his heart and eyes. He and his wife survive on $1,540 a month.

“All of this is pretty modest but that’s the situation,” he said. “We’re not young anymore.”

The plight of elderly survivors deprived of a stipend that helps them meet their basic needs has moved the Tel Aviv District Court to fast-track the legal dispute. The court has scheduled intense, and at times after-hours, hearings to bring about a resolution, but so far to no avail. Both sides have rejected attempts by the court to convince them to compromise over the $20 million in dispute between them. This has led the court to schedule a set of hearings for the upcoming weeks to reach a prompt decision.

The dispute is no different in many ways from any other financial disagreement. But thanks to the historic roles roots of this legal battle, it touches on some of the most formative chapters of Zionism’s early days. In fact, the roots of OHH date back to the second Zionist Congress, headed by Theodor Herzl in Basel, Switzerland, in 1898. The budding movement set up its own bank then, known as Jewish Colonial Trust, or JCT. The bank was to serve as the Zionist movement’s financial arm and to fund the purchase and settlement of land in the area then known as Palestine and ruled by the Turkish Ottoman Empire. It later evolved into the London-based Anglo-Palestine Company, which set up the Anglo-Palestine Bank. After Israel gained its independence in 1948, the bank moved to Israel and became Bank Leumi, now Israel’s largest financial institution.

OHH controlled 75% of Bank Leumi’s shares until the 1980s, when, following the collapse of Israeli bank stocks, the government moved to limit its ownership share. OHH’s stake in Bank Leumi is now less than 5%.

Among those who invested in JCT prior to World War II were many European Jews who were killed by the Nazis before realizing their dream of moving to the Holy Land. Their unclaimed stocks were held by OHH for decades. Like at the Swiss banks and other European financial institutions, their shares continued to accrue earnings that OHH retained.

Israel was a latecomer to the restitution process. A public committee set up in 2000 led to the establishment of Hashava, with a mandate to locate real estate, bank accounts and stocks in Israel that were bought by European Jews who were killed in the Holocaust. The group’s secondary goal is to utilize assets whose owners cannot be found for the benefit of living survivors struggling with poverty in Israel. It has since restituted assets worth more than $100 million to heirs of the original owners. The organization is scheduled to end its activities in 2017.

But Hashava has not been successful in reclaiming JCT stocks that were owned by Holocaust victims. This is the crux of the dispute that has left needy survivors without their basic stipend.

OHH argues that the value of these stocks should be based on their current value in the Tel Aviv Stock Exchange. Hashava believes they should be transferred based on a value that reflects OHH’s 5% ownership share in Bank Leumi. It is a difference of more than $20 million.

“Every shekel we will get in this battle will go directly to Holocaust survivors,” said Amir Schwartz, Hashava’s finance director. “It’s easy to come and say, ‘Just take whatever they’re offering and use it to support survivors,’ but that would be giving up assets that can help living survivors.”

OHH, in a statement provided to Israel’s Channel 2 TV, said Hashava “is deceitfully using the situation of the people that depend on their help.” The company argued that Hashava could either use its own assets or take a loan offered to it by OHH in order to pay the survivors while the court deliberations go on.

Hashava says it cannot use existing assets or take loans as temporary funding for paying the quarterly stipends.

With both sides entrenched in their positions, it could take weeks or months before the dispute is resolved. Meanwhile, survivors like the Segals, Geller and thousands of others await their overdue allowance. And as time goes by, the need will only grow. According to data published in Israel in April, there are currently 189,000 survivors living in Israel. A quarter of them, 45,000, are living under what Israel officially views as the poverty level.

Yet while survivors in Israel continue to struggle as they wait for funds, the restitution movement as a whole is seeing great success. “To think that 70 years after the Holocaust, restitution will lead to such results is something no one would have believed,” Bazyler said. “I’ve been researching restitution for 20 years, and I’m pleasantly surprised that it is still going on.”