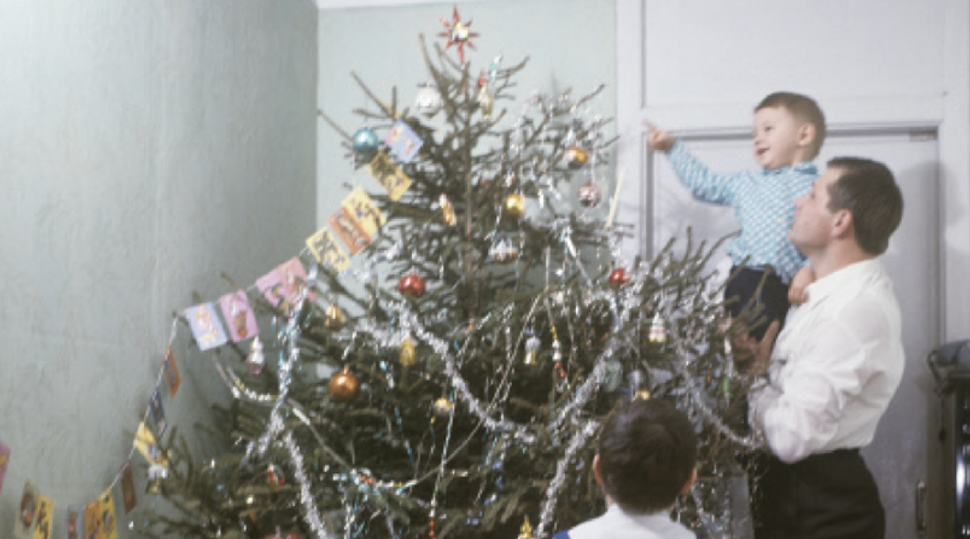 Tonight, Tanya Shmulevitch will openly celebrate the Russian New Year’s Eve for the first time since immigrating to Israel as a child nearly two decades ago.

The 28-year-old Shmulevitch is joining a growing group of Russian speakers who are defying a taboo against marking the Novy God holiday, which many Israeli incorrectly believe is a Christian or Communist creation.

“It has always been my favorite holiday,” says Shmulevitch, 28, of Tel Aviv, who was born in St. Petersburg and left Russia with her family when she was 12. “And since we came to Israel, we’ve continued to celebrate it. But we’ve done it quietly … because Israelis made us feel bad about it.

“But not this year. I’m not ashamed of being Russian-born,” she declared. “And I’m going to party.”

Boris Zelchen, 32, a high-tech entrepreneur who was born in a small town in Latvia and came to Israel when he was 9, says marking the holiday is an important way of standing up for his identity.

“There still are (so many stigmas) about Russian Israelis,” Zelchen said. “It’s exactly the reason that we need to celebrate Novy God.”

Shmulevitch and Zelchen both consider themselves to “1.5-ers” because they are neither proper first-generation immigrants like their parents nor second-generation immigrants who are born in the Jewish State. Since they were born in Russia and came to Israel as older children or teenagers, they are old enough to remember how to read and write Russian and to have friends from the Old Country. But they and young enough to absorb and adapt to Israeli culture more than their parents.

This year, instead of drawing the curtains so their Israeli neighbors won’t see the celebration, a group of young likeminded Russian-born Israelis have set up a website, Israeli Novy God, to match up Russian speakers with native-born Israelis curious about a new cultural experience.

Organizers say that they have matched hundreds of people.

They’re doing so with humor. Picking up on a meme that was popular last year, they’ve produced a video about the celebration. It includes what they believe rabbis think Russians do on the holiday (cross and baptize themselves), what the Israeli Army thinks they do (get roaring drunk) and what they really do (enjoy themselves with friends).

They video offers recipes and explanations about traditional foods – and, apparently aware of Sabra sensibilities, they promise that not everything will be smothered in mayonnaise.

“I think native-born Israelis are a bit hypocritical,” says Shmulevitch, noting that the Jewish new year is Rosh Hashanah. “After all, they go out and celebrate New Year’s Eve. But somehow they get Novy God confused with Christmas, so they look down on it.”

Indeed, Novy God may be a bit confusing to Jews who don’t hail from the former Soviet Union. It’s celebrated with a decorated fir tree, which distinctly resembles a Christmas tree, complete with the carefully-wrapped presents underneath. And then there’s Grandfather Frost, a Santa Claus-like figure who gives out the gifts to the children with help from his daughter rather than elves.

Zelchen insists the holiday has nothing to do with Christmas or Christianity — or the Soviet authorities for that matter.

“It’s probably based on an old Slavic folk holiday that existed long before Christianity,” he added. “It’s about light in the middle of the Russian winter darkness and hope for the new year.”

Shmulevitch says she remembers the food, especially the salads, and the smoked and pickled fish and selyodka pod shuba (herring in a ‘fur coat’ made of beet salad, coated with mayonnaise.)

“People would come to our house and my parents would open up a big table in the living room, filled to the ceiling with wonderful food,” she recalled. “And the adults would make toast after toast and by the end of the night, like all good Russians, they’d be toasting anything and everything. And then Grandpa Frost would come in, just before midnight, and give us our gifts and we could stay up late and play.”

For whatever reasons, Israeli rabbis have pushed a hard line against celebrating Novy God, which they believe has its roots in a Christian observance of the death of Pope Sylvester in the 4th century.

Zelchen scoffed at that theory, saying more Russians have heard of actor Sylvester Stallone than a long-forgotten pontiff.

“I never heard of Sylvester,” says Zelchen, laughing. “When I first heard it called Sylvester, I wondered why anyone would have a holiday for Rambo.”

Like other Russians he sees the Israeli push against Novy God as part of a wider effort to question their Jewish identity, which is often marked by a less-strict level of observance than other Israelis.

“Since they doubt that we are truly Jewish, it’s a way of putting us down. And since they know that many Israelis, even very liberal ones, aren’t really comfortable with Christmas, for all the historical reasons, it was a way of keep us in line.”

In their demand for recognition and acceptance of their “Russianness,” Zelchen and Shmulevitch are typical of the 1.5-ers.

Like many of their peers, they started out seeking to fit in at any cost.

“When I first came to Israel,” Shmulevitch recalls, I wanted to be more Israeli than the Israelis.”

She seemed to have succeeded and then some. She participated in a youth movement, was an officer in the Israel Defense Forces, and won a prestigious scholarship at Hebrew University, where she is completing a master’s degree. Her Hebrew is fluent, without a trace of a “foreign” accent.”

Still, Shmulevitch felt like an outsider in her own adopted country.

“Somehow, I was never ‘Israeli’ enough,” she says a bit bitterly. “There are so many stereotypes about Russians. That we’re not really Jewish. That we are greedy and came to Israel because we wanted to make money. That we aren’t educated. That Russian women – especially if they are blond, like me – are loose and promiscuous.”

“Now I realize that there are two parts to me, the Russian part and the Israeli part, and I don’t want to give either one up. Israel is a multi-cultural society and there’s room for all of us. So celebrating Novy God with native-born Israelis is another way for them to get to know us.”

Zelchen says even liberal Israelis can make insulting assumptions about Russians. He refers to a recent campaign by the “Conversion According to Halacha” organization, made up of rabbis who are ostensibly more progressive than the Chief Rabbinate and are attempting to make conversion more accessible. The ad was posted on Facebook earlier this week and then quickly removed in response to protests from Russian-Israelis, many of them 1.5-ers.

The ad presented a set of “questions” for the prospective convert – asking him or her to choose between pictures of supposedly Jewish themes such a bearded rabbi and stereotypically Russian themes like Santa Claus.

“That campaign was so insulting,” he said. “It shows how little they understand or respect us.”