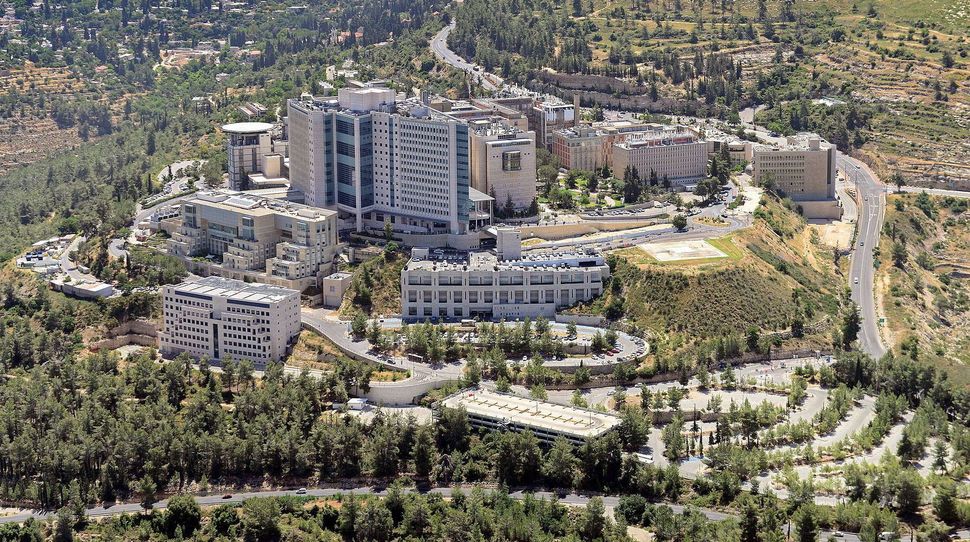 Israeli hospital officials and their American fundraising arms have forcefully rejected claims in the Israeli press that their medical facilities practice ethnic and religious segregation in their maternity wards.

But hospital administrators did describe efforts the hospitals make to accommodate requests from patients who want to room with other patients with whom they share “cultural norms.”

“Our hospital has never implemented any policy, written or unwritten, that would allow for discriminatory practices against any religious or ethnic group in any department throughout the hospital,” said Jonathan Halevy, director general of Shaare Zedek, in a statement.

But he explained, “We are regularly presented with patient requests — most often in our maternity departments — to be roomed with other patients who speak their same language and with similar cultural norms.” The requests, he said, come from all sides, including ultra-Orthodox and secular Jews, and have to do with different perspectives of family visitations and privacy. Whenever possible, the hospital tries to accommodate these requests.

“It would thus be incorrect to make any allegations of racism or favoritism,” Halevy said.

Zeev Rotstein, director-general of Hadassah Medical Organization, told the Forward: “I can say loud and clear that all conflicts are ended before entering the hospital. Everyone is treated equally.” Rotstein described Hadassah’s two Jerusalem hospitals as an “island of peace” in the troubled city.

But Rotstein said Hadassah tries to respect requests from patients, from either side of Israel’s religious and ethnic divides, for roommates with whom they feel comfortable. Still, because of a chronic shortage of rooms, he said, such requests are usually denied. “In reality, we put everyone side by side,” Rotstein said.

Hadassah’s hospitals were among those mentioned in press reports as allowing Jewish women to choose not to share a room with Arab women.

American fundraising organizations for both hospitals insist that the recent reports from Israel have not raised concern among donors, nor have they tarnished the facilities’ image of inclusiveness in the United States, where fundraisers regularly stress portrayals of each of them as a rare bridge between Jews and Arabs in Israel.

“There [is] no interest or issue that would change the minds of our donors,” said Hadassah’s national president, Ellen Hershkin.

Mayer Fertig, chief communications officer of American Committee for Shaare Zedek, stressed that, following the reports in Israel, his fundraising organization had not seen any problems with American donors. “Donors are aware that every patient at Shaare Zedek receives both the same great compassion and outstanding care, no matter who they are, where they live, their faith or anything else,” he said.

Messages left with several individuals listed as donors to each of the hospitals were not returned.

In an April 5 investigative report broadcast on Kol Israel, the Israeli public radio network, unnamed personnel from several major hospitals, including Hadassah, Shaare Zedek, Tel Aviv’s Ichilov, and Kfar Saba’s Meir, indicated that they would be willing to accommodate requests from future maternity patients to be placed only with Jewish women. In one recording, the reporter, posing as a pregnant woman, asked a maternity ward staff member at Hadassah “not to be in a room with someone who is not Jewish.”

The staff member on the other end of the line responded: “You can ask, and it depends on the situation, but we try to separate in any case. It depends also on what is happening at the ward. We try not to mix.” The staffer explained, however, that this is not an official policy of the hospital.

What followed was a political firestorm. Centrist and left-wing politicians claimed the hospitals’ conduct was racist. Then, a right-wing member of the Knesset, Bezalel Smotrich from the Jewish Home party, announced that his wife had also asked to be separated from Arab women in the maternity ward, because “it is natural not to want to lay next to a woman who just had a baby who will want to murder our baby in 20 years.” He did not say whether the request was granted.

Revital Smotrich, his wife, added in an interview that she had kicked an Arab obstetrician out of the delivery room because she “wants Jewish hands to touch my baby.”

Regarding the staff member who said that Hadassah could accommodate requests for separation based on religion, Hershkin said: “When you employ thousands and thousands of people, there is a possibility that someone’s personal agenda comes forward. But when that happens, and someone acts against the hospital’s policy, there will be disciplinary action.”

Hadassah could not provide the Forward with information on whether the worker was, indeed, disciplined.

Representatives of the hospitals’ respective U.S. funding arms dismissed the suggestion that the accommodations the hospital directors described constituted a form of soft segregation. Still, when asked if such accommodations could be viewed as acceptable for patients seeking hospital care in America, Hershkin responded, “I cannot imagine someone coming to the doors of a hospital and asking for separate treatment.”