Maternity Ward Segregation Just Tip of the Iceberg in Israel 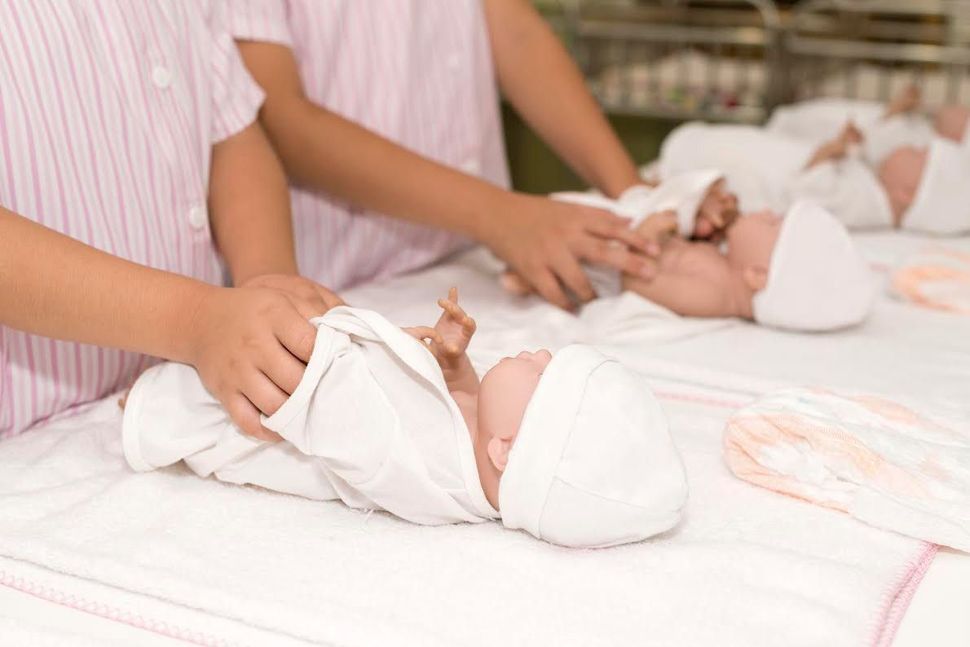 In Israel, segregation is a cradle-to-grave reality.

On Monday morning, the health and science reporter at Israeli public radio exposed a disturbing practice, prevalent in hospitals across Israel: an unofficial policy of segregating Arab and Jewish women at maternity wards. The reporter called various maternity wards, posing as a pregnant woman, and asked a maternity nurse whether, when it was her time to give birth, she could ask not to be placed in the same room as a non-Jew.

“We try to separate (Jews and Arabs) anyway”, said the nurse at one hospital. “We always do it, even without being asked”, said another. Asked whether this is hospital policy, she answered, “of course, especially at the maternity ward”. Out of 7 hospitals checked, only 2 refused to segregate patients. Such separation is forbidden according to Health Ministry regulations and is against the official policy of the hospitals.

Segregation in maternity wards is not new – and neither are news reports about it. Haaretz broke a similar story in 2006 and in 2012, a Knesset committee held a special meeting about the issue, to no discernable result. What is new this time is that a member of Knesset decided to speak up – in favor of segregation.

Bezalel Smotrich, of the right-wing Jewish Home party, tweeted on Tuesday “My wife is not racist, but after labor she wants to rest and not have a hafla (a celebration accompanied by music) like the Arabs do after their births.”

Accused of racism, Smotrich refused to back down. “It is not just comfort”, he tweeted, “There’s a war between Jews and Arabs in this country for a 100 years, so it’s natural that my wife will not want to lay next to someone whose baby might want to kill my baby in 20 years”.

The predictable media and social storm ensued. Naftali Bennet, the head of Smotrich’s party, posted in return on Facebook: “Beloved is man, for he was created in God’s image (Avot, 3:14). Any man, Jew or Arab”. MK Elazar Stern said “We have to stop this. Racism is racism”. “I suggest that you delete this racist tweet”, wrote MK Yoel Hasson.

However, some backed Smotrich. “It is not just xenophobia, we’re talking about a different mentality,” claimed Rabbi Elyakim Levanon, “(Arabs) grow up in a mentality of violence, we cannot ignore it”. Smotrich’s wife, Revital, said in a television interview that in the past she has refused to share a room with Arabs, and asked that her baby will not be delivered by an Arab doctor. “Birth is a pure, holy, Jewish moment”, she said, “I would rather have Jewish hands be the first to touch my baby”.

The Ministry of Health is showing signs of trying to battle the practice of separation: In the last few days the ministry summoned the directors of the hospitals where segregation was found, and the Knesset Labor, Welfare and Health Committee will hold a special session. All that sounds like deja-vu, and might not be enough. Past experience shows that once temporary outrage subsides, hospitals – and patients – go back to a tacit policy of separation. Israelis are used to leading a rather segregated life, from separate schools to Jews and Arabs, to few mixed neighborhoods: It will take more effort – of enforcement, of education – to get them to share a room at the maternity ward.

Naomi Darom is a freelance writer and a 2016 Neiman Fellow at Harvard University.

Maternity Ward Segregation Just Tip of the Iceberg in Israel