In Israel’s Democratic Schools, Kids Are In Charge 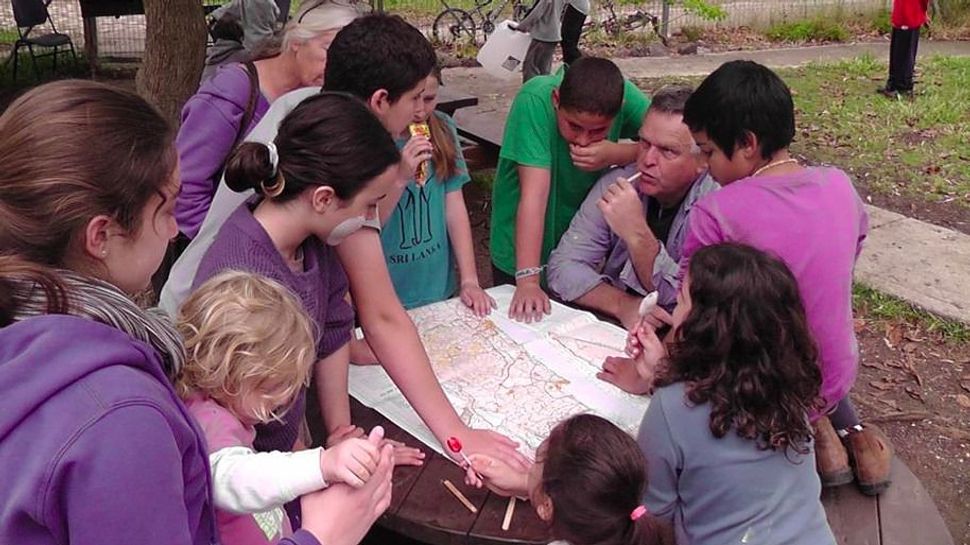 About 2.2 million Israeli students returned to school this month, with assigned classrooms, readings and homework. But for about 20,000 of them, the first day of school was radically different. Instead of teachers telling them what to do or study, the students decided for themselves.

These students are pupils in democratic schools. Broadly speaking, democratic education allows students to decide their daily activities themselves, operating under the philosophy that young people are naturally curious and will take responsibility for their own learning.

The concept has roots in Enlightenment-era philosophy that posited that young people are more effective learners if they choose their education, rather than have it imposed upon them. The earliest democratic school is the Summerhill School in Suffolk, England. Founded in 1921 by Scottish writer A.S. Neill, the school still runs through a system of democratic governance, where students and teachers have equal say.

Yaacov Hecht brought democratic education to Israel in 1987 with the founding of the Democratic School of Hadera. Now an internationally renowned educator, Hecht dropped out of high school at age 16, unable to read and write. He believed that his teachers didn’t view him as a whole person, and knew that there was another way.

“When I left school I decided to build a school for children like me,” he said.

The Democratic School of Hadera integrates students with developmental and learning disabilities with other students. The pupils learn in three age groups from preschool through high school. There is a strong emphasis on play as a form of learning and students study more traditional topics in one-on-one sessions with teachers. The school is also run by a “parliament” where students, teachers and parents make decisions about school policy.

Hecht said that Israel’s informal culture and its startup spirit might have helped the system take root here, even though he said there’s nothing particularly Israeli about democratic education.

“Israel is a place that all the time is trying new ideas in society,” he said. “We can find here a lot of trying of new ways of education, and democratic education is part of this new way.”

Democratic education typically varies from school to school, with some schools providing a more unstructured school day than others. Kanaf Democratic School in the Golan Heights — the territory that Israel seized and then annexed from Syria in the 1967 War — is considered to be on the extreme end of the democratic school spectrum. The school is affiliated with the Sudbury Valley School in Massachusetts in which there are no classrooms, classes, or curricula and the 80 students can spend their time as they wish, aided by adults.

“We don’t have any classrooms, we don’t have any curriculum, unless the kids want to learn,” said Menachem Gorem, the founder of Kanaf. “If they come to me and say ‘I want to learn mathematics or Hebrew or I don’t know what,’ then we can take a look at the diary and have a lesson once a week.”

Instead of classrooms there are six small “houses” on the Kanaf campus, an art house, a kitchen, a computer room, a library, an office, and a “parliament” where communal decisions are made through a democratic process. The kids can wander from house to house throughout the day, or spend time playing.

According to Gorem, it is up to students whether or not they want to prepare for or take the bagrut the high school matriculation exam.

Hecht considers the bagrut counter to the ethos of democratic education because it is a form of standardized learning. But he said that most students do take and pass the bagrut, which is a requirement to attend college, but not to serve in the Israeli military.

“From our point of view this is not the goal,” he said. “The goal is if they have the power to achieve what they want to achieve.”

Some democratic school graduates in Israel have gone on to become household names in Israel, like Nadav Eyal, Channel 10’s chief international correspondent who went to the Democratic School of Hadera.

Shachaf Eini, a mother of an 8-year-old son and a 12-year-old daughter in the Democratic School of Hadera, said that the program has been especially beneficial for her son, who has attention deficit disorder and is hyperactive. While he is behind in reading compared to where he would be in a mainstream school, he has made “great progress” in developing social skills, she said — and that is worth a lot.

“The most important thing is he doesn’t hate school,” she said.

In Israel’s Democratic Schools, Kids Are In Charge