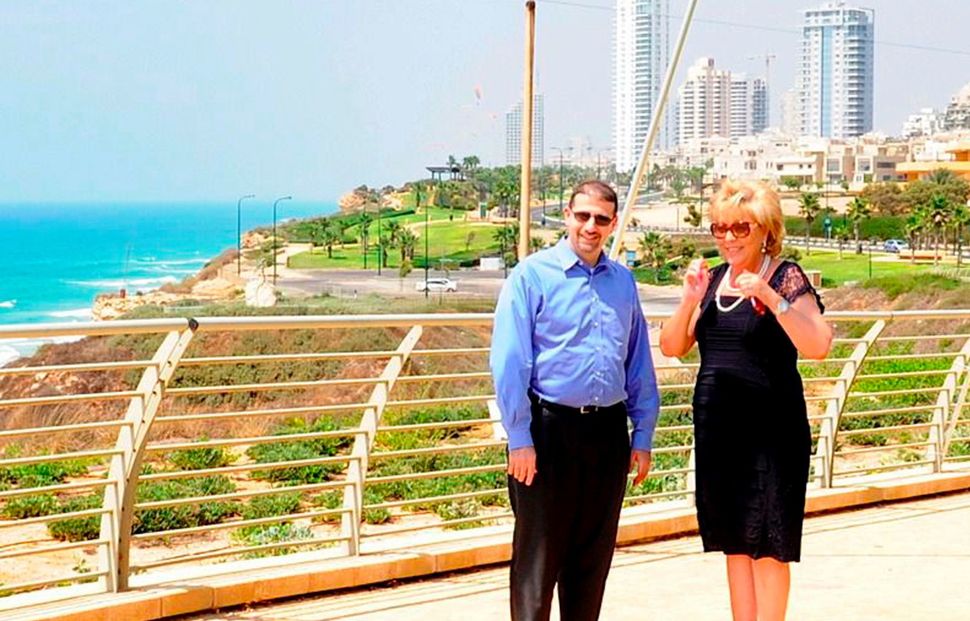 Last week, on September 7, Israeli police arrested the mayor of Netanya, Miriam Feirberg, on the suspicion that she accepted millions of shekels in bribes from real estate developers involved in city projects.

Her arrest came after a Haaretz investigation in July that revealed that the mayor had financially benefited from city hall real estate deals on Netanya’s beachfront property. Feirberg signed building permits for projects that “included assets owned by herself and her son,” the Israeli newspaper reported. Feirberg said that she disclosed her conflict of interest to the city, but did not provide Haaretz with proof.

Building up Netanya’s beachfront property — and allegedly enriching herself in the process — has been one of Feirberg’s major priorities since she was first elected Netanya mayor in 1998. The mayor once even sought the help of a certain famous American real estate developer turned Republican presidential nominee: Donald Trump.

Feirberg once dreamt of luring Trump to Netanya to build a project “like the Trump hotel in Miami,” she told the Forward in an interview several months ago, referring to Trump’s glittering hotel complex north of Miami Beach.

The mayor first met Trump at a party at a club in Palm Beach, Florida. Michael Dezer, an Israeli developer in New York and a Trump business associate, introduced them. According to Feirberg, Trump told her that he would be “happy” to build his first Israeli project in the northern coastal city of Netanya, a popular Israeli tourist destination about 20 miles north of Tel Aviv. At that party, the pair snapped a photo together that Feirberg said she now keeps in her office.

“The fact that he told me he would be very happy to invest for the first time in Israel proves that he likes Israel,” Feirberg told the Forward.

According to a 2005 USA Today article, Dezer flew to Netanya three times in a private jet to scope out property. It was to be an “extravagant monster project,” in Haaretz’s terms: a 2,500-room beachfront complex of three, four and five-star hotels at the southern end of the Netanya beach, where an 8-mile promenade stretched along the sea.

The plan was covered widely in the Israeli press. The Israeli daily Maariv blasted a front-page headline: “Coming Soon: Trump Hotels in Netanya.” As Palestinian suicide bombers hit the city during the Second Intifada, Dezer adopted a defiant tone about the project: “The bombings are a part of life in Israel. We are used to it, and it doesn’t change a thing,” he told USA Today.

Feirberg even cast Trump as the city’s knight in shining armor in its moment of need: “We are praying that Trump will have the honor of saving Netanya,” she said.

But the project was not to be, for reasons that are not entirely clear. Feirberg told the Forward that the landowner sold the property to someone else. Haaretz reported otherwise, writing that in 2008 when the State of Israel Lands authority finally issued a building tender for the land, nobody bid.

Despite making several overtures, Trump has never built in Israel.

In addition to Feirberg’s questionable real estate dealings, Haaretz found that the mayor engaged in nepotism by involving her husband and son in various municipal projects. She was also involved in “improper political activity,” said Haaretz, when she allegedly sent municipal inspectors to register voters with Prime Minister Benjamin Netanyahu’s Likud Party.

The mayor was released from police custody today, September 13, and is under house arrest for the next 15 days.