Israeli Spy Eli Cohen Was Hanged by Syria in 1965. Why Is the Video Surfacing Now? 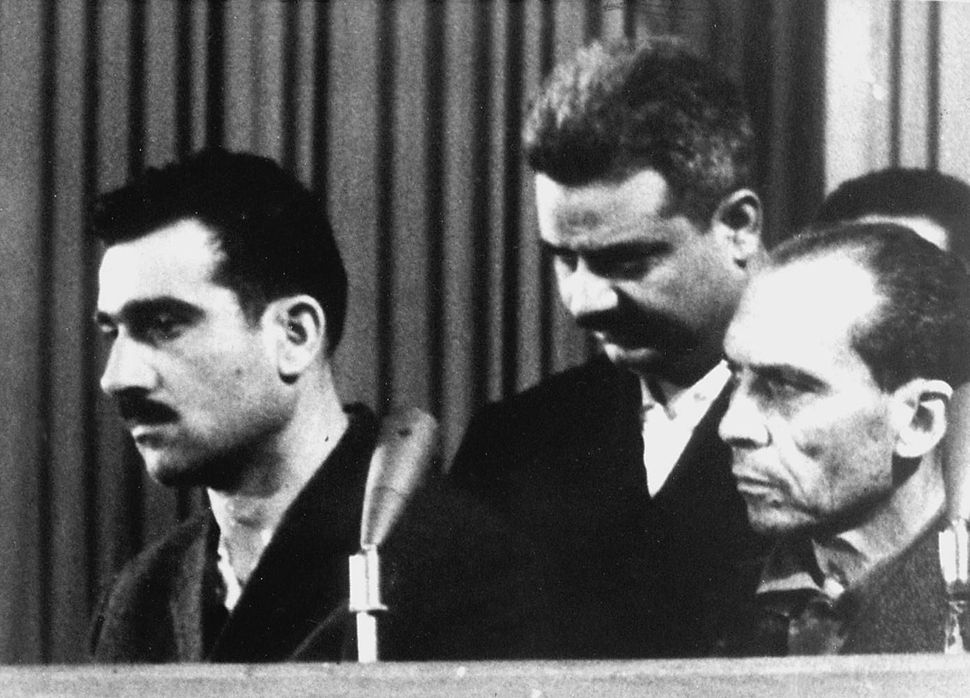 Video footage that apparently shows the execution of Israeli spy Eli Cohen in Syria in 1965 has surfaced online, giving a fuller picture of the mystery-shrouded moments just before and after the secret agent’s death more than half a century ago.

The black-and-white video was posted without much explanation on the Facebook page “Syrian Art Treasures.” At one minute, 40 seconds, it depicts Cohen’s body draped with a placard listing his crimes hanging in a public square in Damascus, Syria. A large crowd watches as Cohen’s body is placed in a coffin, moved to a truck and then driven away.

According to Israel’s Arutz 7 news site, this was the first time Cohen’s widow, Nadja Cohen, viewed the footage.

“There were tears and nerves as we watched, how they lowered him down from the rope into the coffin, to see three cars circling around and to see the crowd in the square with celebratory music blaring, it’s not easy,” Najda Cohen said. “These days it isn’t easy regardless but when these kinds of things come up, it haunts our minds and our souls,” Cohen said.

Cohen, an Egyptian Jew, provided covert assistance to Israeli operations in Egypt before immigrating to Israel in 1956. In Israel, he was initially rejected by the Mossad and then later recruited to the Israeli intelligence unit.

In 1962 he moved to Syria via Argentina pretending to be a businessman named Kamel Amin Thaabet in order to gather intelligence for the Israeli army. The information he provided would be critical to Israel’s capture of the Golan Heights from Syria in 1967.

Cohen was discovered by Syrian intelligence 1965, and sentenced to death for espionage. His body was never returned to Israel.

According to the Times of Israel, the Lebanese Broadcasting Corporation published a report saying that Cohen’s remains could soon be returned to Israel by a Syrian rebel group, but then removed the story from its web site.

Nadja Cohen said she had not heard from Israeli authorities regarding the issue.

The Times of Israel reported that the black-and-white video is in the Associated Press archives, but its publication on the Syrian Facebook page and subsequent media coverage in Israel brought the issue of Cohen’s death and the fate of his remains back into the Israeli public sphere.

Israeli Spy Eli Cohen Was Hanged by Syria in 1965. Why Is the Video Surfacing Now?