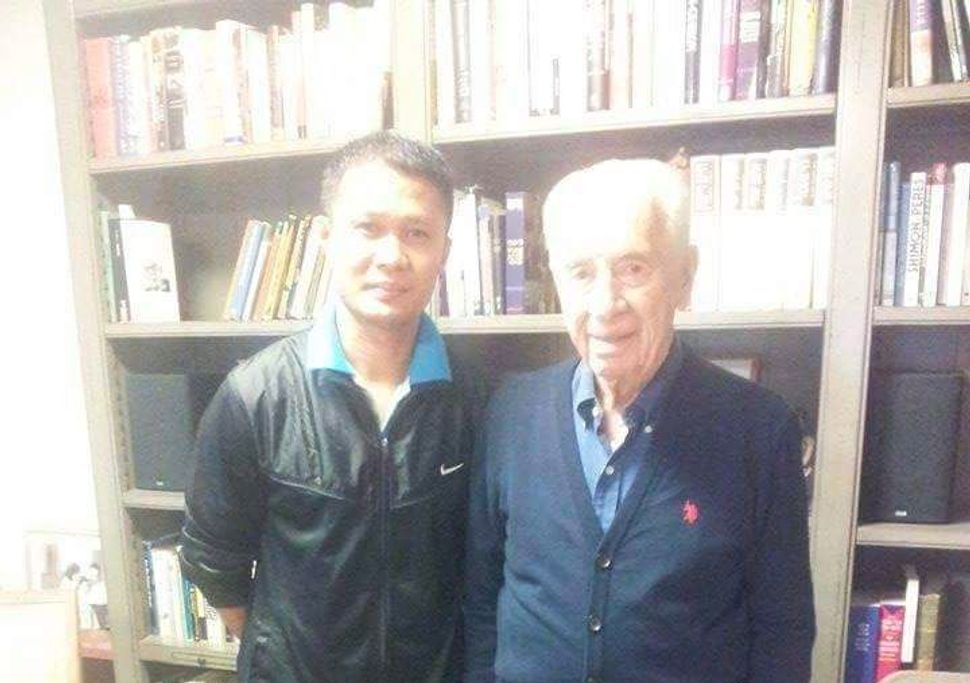 Ferdz Capacia, Shimon Peres’s Filipino caregiver, said goodbye to his “VIP boss” in a tender note on Facebook after Israel’s ninth president passed away on the morning of Wednesday, September 28.

Capacia wrote that he would miss Peres’s smile, his “big voice” and the way he wished him goodnight in Hebrew before he went to sleep, saying “Lalya tov, Freddy.”

Capacia thanked the elder statesman for “trusting a Filipino like me.”

According to the Philippine Embassy in Israel, there are 31,000 Filipinos working legally in Israel, most of them as caregivers for the elderly. Workers rights groups estimate that thousands of other Filipinos work in Israel without legal documentation. About 80% of Filipino workers in Israel are women.

“I can proudly say on behalf of the Filipino community here in Israel, we love you,” Capacia said.

He did not respond to an immediate request for comment.

Capacia wasn’t Peres’s only employee who spoke about his relationship with the former president. Alon Navi, his driver for 17 years, told Israeli news site Ynet that it was a “difficult morning” when Peres died. He said he smiled every morning to see “part of the State of Israel’s history get into my car.”

He described Peres as a member of his family, and said the statesman chose a name for his oldest son: Ofek, which means horizon, as a hope for Israel’s political horizon.

Navi drove Peres to the hospital with a strong headache two weeks ago. In the hospital, Navi said that he handed Peres a glass of water, but Peres didn’t seem to realize he was there. Navi realized that Peres was “unfocused,” and called the doctor, who discovered that he was suffering a massive stroke that would lead to his death.

“We had an extremely difficult two weeks, expecting him to wake up, and he won’t wake up,” added Ayelet Frish, Peres’s close advisor and spokeswoman.

Navi said that Peres’s entire staff said goodbye to him. “We hugged him and thanked him for the right to serve by his side.”