Republicans in Israel Are Backing Trump Despite His Comments About Women 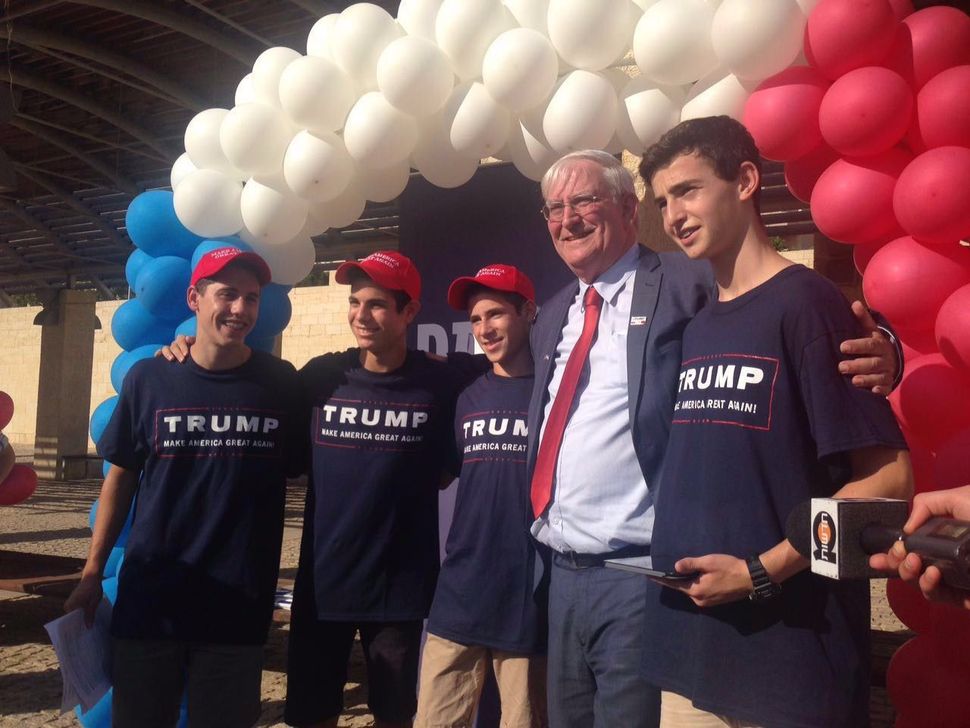 As prominent Republicans have disavowed their support of Donald Trump for his comments about women, the Republican Party in Israel has doubled down its support of the candidate.

Marc Zell, head of Republicans Overseas Israel, called Trump’s boasting about sexual assault in a 2005 video “disgusting and absolutely unacceptable,” but said he will continue to support the Republican nominee — and so will his five daughters.

“I have five daughters and they will all, all, vote for Trump,” Zell told Israel’s Army Radio, according to the Times of Israel.

Apparently unaware that his microphone was on, Trump was captured in a 2005 Access Hollywood segment bragging that he would grab women by their genitals. “And when you’re a star they let you do it,” he said.

The release of the video, just a month before the November election, has sent the Republican Party into a total panic as more than 40 prominent Republicans who once backed the candidate have withdrawn their support, according to the New York Times’ count.

The Republicans Overseas Israel lambasted these leaders in a Facebook post that said that Republicans should “RALLY AROUND THE FLAG, YOU DON’T BURN IT AND RUN!”

Zell said that Trump’s comments did not warrant his resignation, maintaining that Democratic nominee Hillary Clinton’s leaked emails about her close relationship to Wall Street, are worse than anything Trump said.

“He said he’s not perfect, he apologized,” said Zell.

He added that there is “no chance” that Trump will quit.

Republican Overseas Israel said it has registered 200,000 American-Israelis to vote, half of them women. Zell told Army Radio that most will be supporting Trump.

Republicans in Israel Are Backing Trump Despite His Comments About Women