WATCH: On Judaism’s Holiest Day, Some Pray — Others Bike on Car-Free Highways 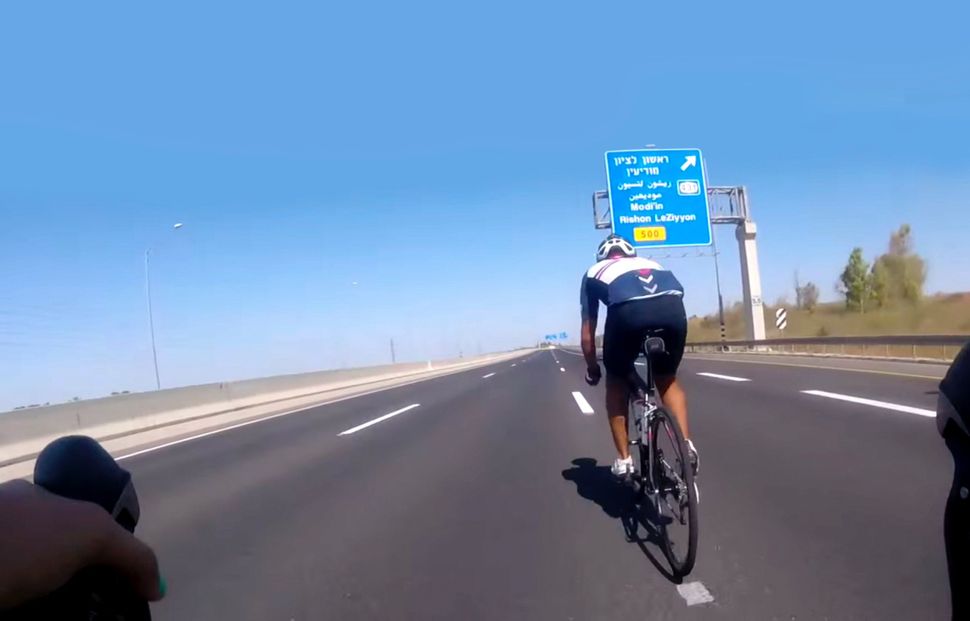 On Yom Kippur in Israel, the streets are silent. There are no buses, taxis or even private cars, as drivers respect local custom and keep off the road on Judaism’s holiest day.

For bikers in Israel, it’s a holiday of a different kind. While devout Israelis are fasting or praying, secular Israelis take to the streets to enjoy a single day of cycling without competing for space with cars. Some Israelis bike out of necessity to get to friends and family. But many do so for pure pleasure. As soon as the holiday starts at sundown, the long-distance bikers hit the road.

Indeed, Route 1, a multilane highway between Jerusalem and Tel Aviv that is usually choked with traffic, transforms into an open road with a clean breeze, as the air pollution in Israel drops significantly on the holiday. Riders also take advantage of empty local roads.

For bike vendors like Fridman it’s a brisk business in the week leading up to Yom Kippur as Israelis get ready for the biking holiday. Fridman said he fields orders weeks ahead of time from Israelis who want to make sure he has a specific style in stock. Road bikes are the most popular option — even motorcycles are seen as disturbing the peace — and Fridman gives a special discount this time of year, usually 10 to 20 percent off.

Fridman said he would be joining the throngs of bikers on Yom Kippur. “But I ride all the year, so it’s nothing special for me.”

Yonatan Bracha, who co-owns Lee Bikes in South Tel Aviv, said he sold 10 bikes a day as opposed to the typical two in the days before Yom Kippur, most of them childrens’ bikes. Two days before Yom Kippur he was up at 6:00 a.m. hauling bikes to the store, where a row of pink, purple and blue childrens’s bikes line the sidewalk. Children ask their parents to buy them the latest style in time for the Yom Kippur holiday, he said. 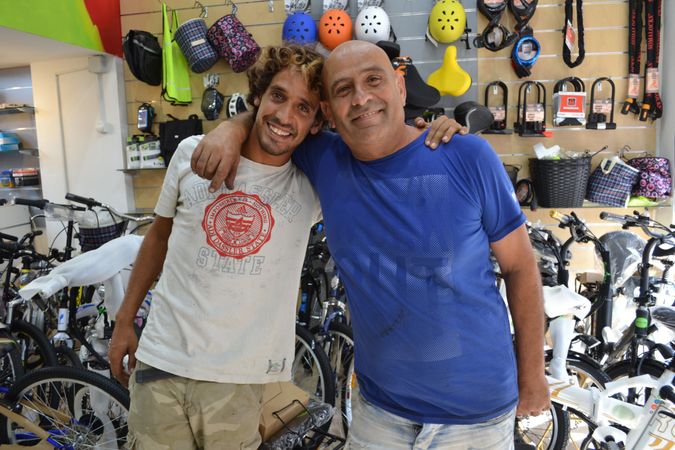 Amar Tsuwan, a bike vendor down the block from Bracha, planned to take his six children on a ride near the beach for Yom Kippur.

Though Tsuwan is a Muslim, he’ll be closing shop like the other Tel Aviv businesses on Yom Kippur. He said the secular Jewish past time appealed to him as a time to ride on the street “without fear.”

WATCH: On Judaism’s Holiest Day, Some Pray — Others Bike on Car-Free Highways