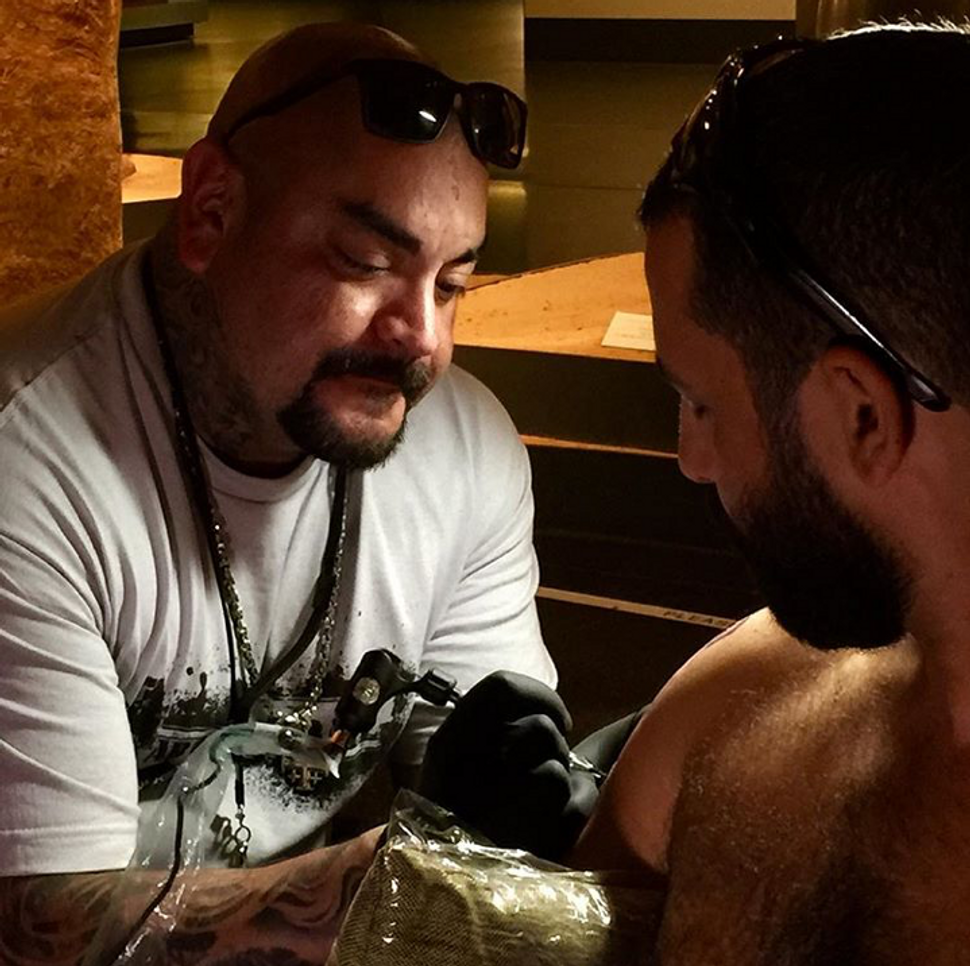 Image by Courtesy of Healing Ink

Five of the world’s top tattoo artists traveled to Israel this week to ink Israelis injured in terrorism and war.

A project of the group Artists 4 Israel, which beautifies Israeli bomb shelters, the Healing Ink event sought to exhibit the power of tattooing to help trauma victims externalize their pain.

Tattoos are prohibited in Jewish law, which added a transgressive twist to the project, even as many Israelis are tattooed.

Artists 4 Israel asked Israelis to share traumatic stories online and explain why they thought a tattoo might help them move past their pain. The group then chose 20 people to receive tattoos. Organizer Craig Dershowitz said that only Jews applied, though the program was open to Israelis of all faiths.

Celebrity tattoo artists Joe Capobianco and Luke Wessman, both judges of television tattoo competitions, were among the participants. The event was co-sponsored by Bishop Tattoo, a major U.S. supplier of tattoo equipment.

Healing Ink’s first event was in the Israel Museum on October 20, where the tattoo artists worked their needles in view of ancient sarcophaguses and other relics. A similar event will be held in Tel Aviv next week.

Barak Miron was wounded by Hezbollah forces while serving as an army medic in Lebanon in 1999. After the loss of a good friend in battle, Miron experienced post-traumatic stress disorder. He credits his wife, a secretary at a disabled veterans organization, with helping him to heal.

Steve Soto, an internationally-recognized tattoo artist from Orange County, California, helped Miron design a tattoo of his wife embracing him from behind.

“It is about my wife and I and the road we have taken,” said Miron, who was planning to surprise her with his tribute.

Rami Yuzan, who also suffered PTSD from his service in the army and has used long-distance running as form of therapy, was getting tattooed with a tortoise.

“The motto behind this tattoo is you can go slow but you can go far,” he said.

His tattoo artist, Greg Mayorga, known for his realistic, intricate tattoos of roses, said that tattooing is a way to “preach positivity.”

Dershowitz, who is heavily tattooed himself, said that some of the recipients would be tattooed over physical scars.