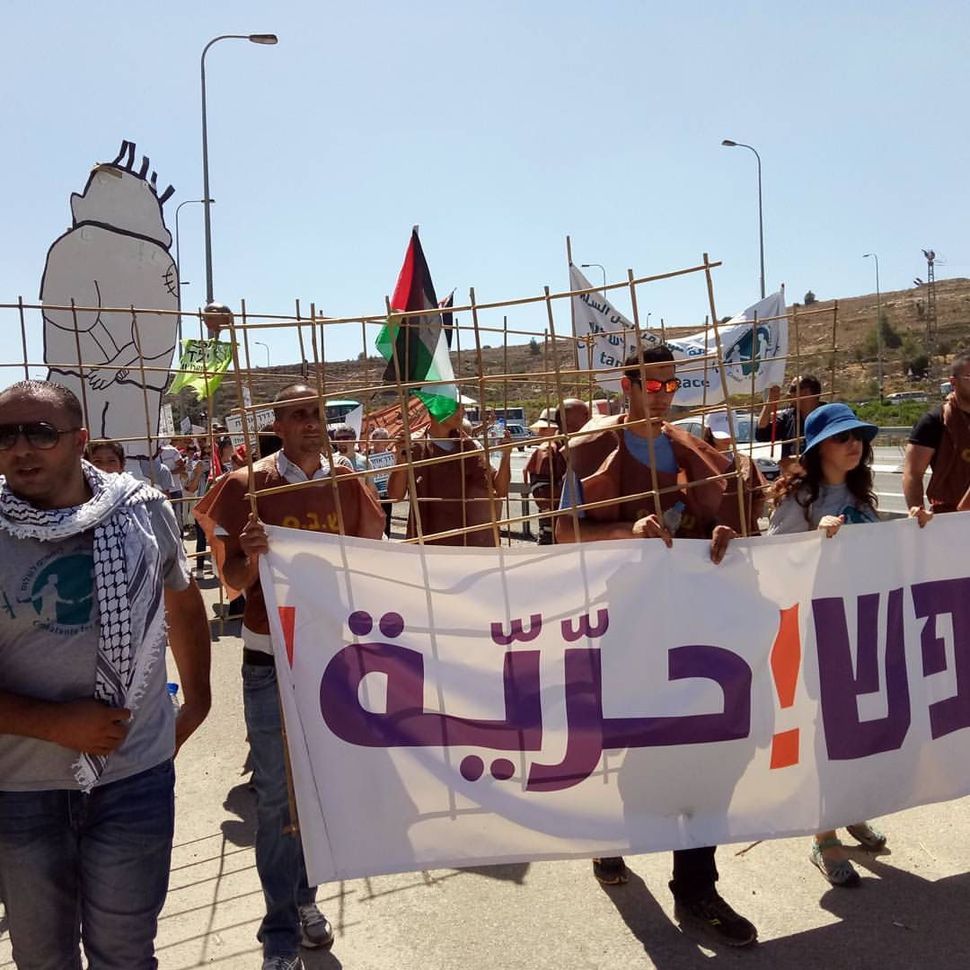 Shifa al-Qudsi once sought vengeance on Israel, trying and failing to commit a suicide bombing against the Jewish state. But after six years spent in prison for her crime, the Palestinian former hairdresser now advocates nonviolence as a peace activist, the New York Times reported in a Saturday profile.

“They occupy your home, your land, they kill your relatives and your people — of course you’re upset,” she told the Times, explaining the motives of Palestinians who commit extralegal violence. “You have no other option but to seek revenge.”

Middle aged and living in the northwest West Bank town of Tulkarm, al-Qudsi volunteers with a group of ex-fighters from both sides of the the conflict known as Combatants for Peace. The organization facilitates dialogue between the former militants and leads protests against Israel’s occupation of the West Bank.

She planned her attack on a military installation more than a decade ago, at the height of the Second Intifada, when hundreds of Israelis lost their lives in a sustained campaign of suicide bombings after the breakdown of peace talks between Israel and the Palestinians. Several of her relatives had gotten caught up in the violence, and she resolved that it was her time to strike a blow for the Palestinian cause.

“I told my daughter I’m going to go out and carry out a suicide attack so you can survive,” al-Qudsi reflected to The Times. Her child pleaded with her not to go through with it. “She said, ‘Mama, please don’t leave me. I only have you,’” she recalled. “But the desire I had took over — to take revenge for everything that was happening around me.”

Before she carried out her plan, though, Israeli forces busted her, and she was sentenced to prison, where her thoughts about violence began to change as she read the works of Mahatma Gandhi and Nelson Mandela. She was freed in 2008, and then joined Combatants for Peace.

“I don’t feel bad that I made that decision,” she said of her attempted suicide bombing. “But now I reject suicide attacks. God decides when we will live and when we will die. Now my jihad is to send out a message to the world. The world must know the Palestinians’ land is occupied. We are people who want peace, just peace.”

Despite her new attitude, al-Qudsi has faced difficulties with Israeli and Palestinian authorities. Israel denied her a permit to attend a Jerusalem screening of a documentary about Combatants for Peace, “Disturbing the Peace.” It later also refused her request to visit the United States, where the film is also being shown.

Meanwhile, some Palestinians claim that the interactions that she and others have with Israelis in civil society groups ‘normalize’ the occupation. These individuals believe that Palestinians should avoid organizations that include people from Israel, even liberal ones, as part of the BDS campaign to impose boycott, sanctions, and divestment on the Jewish state.

“Joining normalization groups like Combatants for Peace is certainly not the answer; it aggravates the problem,” Mahmoud Mubarak, a leader at the Jalazoun refugee camp in the West Bank, told The Times. “Normalizing Israeli apartheid only entrenches it.”

At a time when tensions between the sides are running high, with the ‘knife intifad’ of earlier this year, al-Qudsi defended her decision to be part of Combatants for Peace. “I’m against normalization. We are all against normalization, even this group,” she told the newspaper. “There’s a huge difference.”

Ultimately, she said, it is critical for Israelis and Palestinians to understand each others’ perspectives.

“I was only looking at the situation from one side,” she recounted. “Now, I’m looking at it from both.”