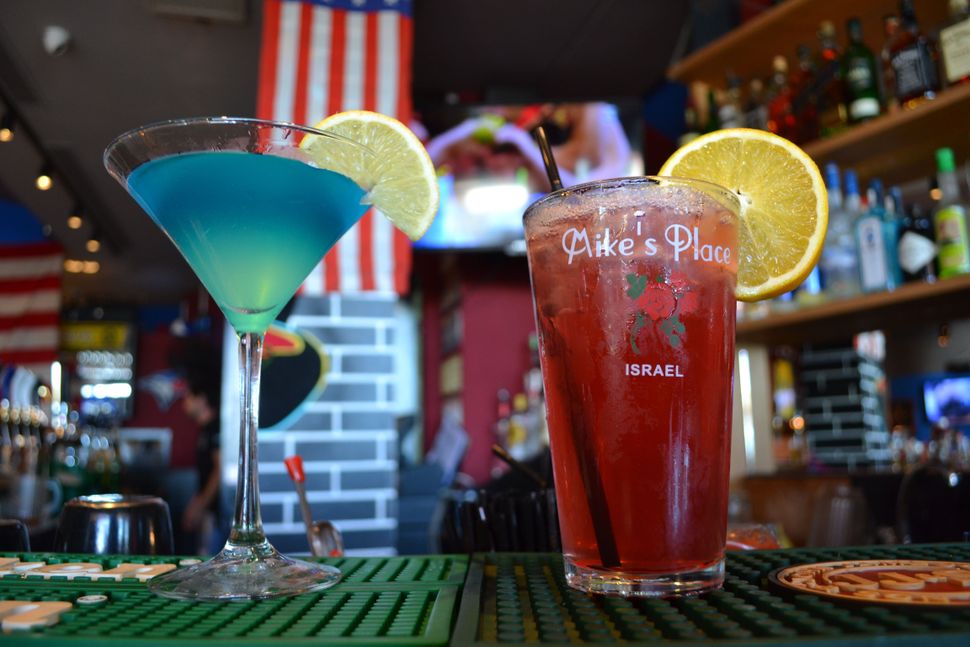 A Tel Aviv bar is marking the American election with the “Dump Trump” and the “Silly Hillary,” red and blue cocktails to be served at its Tuesday night bash.

At Mike’s Place, a beachside bar with an American immigrant and tourist clientele, two bartenders affixed a large American flag to the bar, and unfurled red, white and blue bunting to be hung on the patio.

The party won’t get started until 2 am on Wednesday, about 7 pm Tuesday in New York when polls begin to close in the United States.

The partisan brouhaha will likely rage all night.

“It will be a full-on election party until we have a new president,” said owner Jason Jungreis, originally from Philadelphia.

Mike’s Place, which is famous for the 2003 suicide attack there by British Muslims, regularly holds parties for American holidays and events.

It expects a much bigger draw than usual for its election bash this year, likely in the hundreds. Many Israelis are expected to join the American expat scene there.

“The candidates, especially Trump, have drawn so much interest for so many people,” said Jungreis.

The bar will be broadcasting election results on nine televisions, with three projectors on the beachfront patio. When a candidate wins a state, the bar will drop the price of that candidate’s cocktail.

The two cocktails are even supposed to look like Clinton and Trump. The “Silly Hillary” has a yellow base and a lemon slice, like Clinton’s blonde hair. The “Dump Trump” comes topped with an orange slice, like Trump’s orange-hued face and hair. 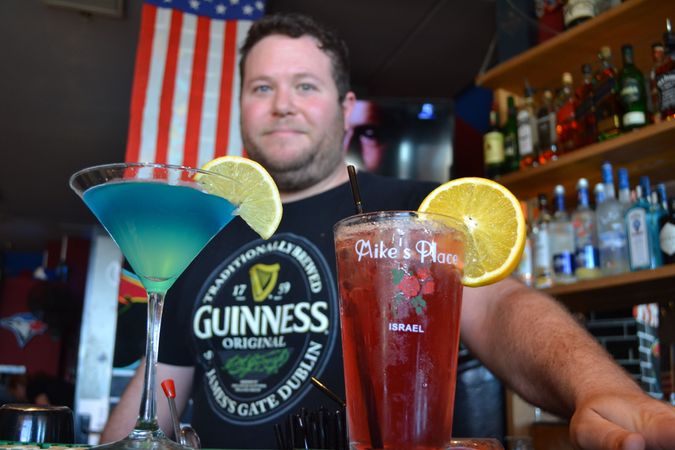 Shake ingredients with ice and pour in a pint glass. Garnish with a large orange slice.

Pour the sour mix into a chilled martini glass. In a separate cup, mix the vodka, rum and Curacao together. Carefully pour over the sour mix to create a blue layer on top of the yellow one. Garnish with a lemon slice.